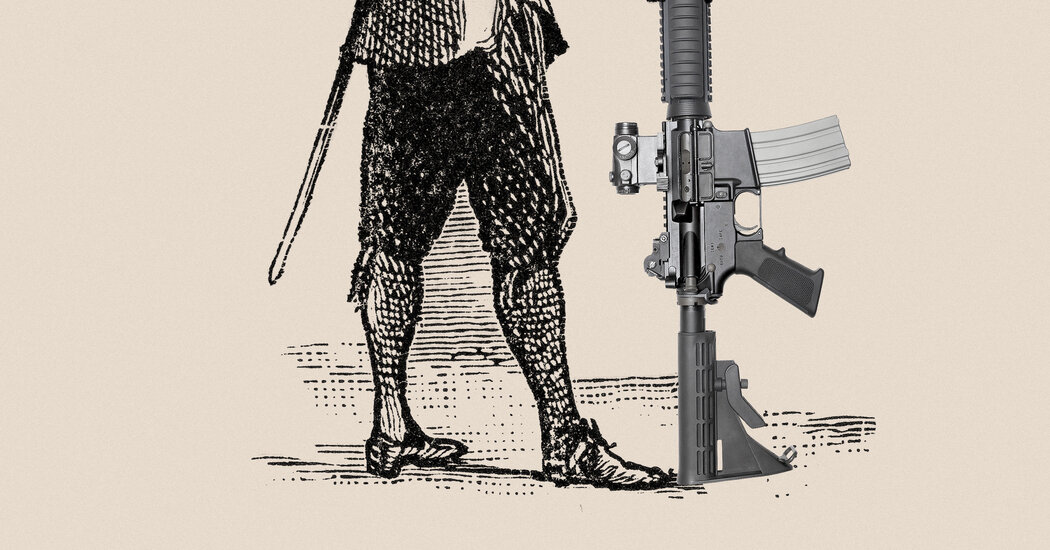 A concurring opinion by Justice Brett Kavanaugh, joined by Chief Justice John Roberts, emphasized that “properly interpreted, the Second Amendment allows a variety of gun regulations,” and quoted a previous Supreme Court opinion saying that a host of regulations remain “presumptively lawful,” including prohibitions on guns in the hands of felons and in schools and rules against “dangerous and unusual” weapons.

But even if that is how things turn out, the reputation of the court, whose only power is reason, will almost certainly suffer, because Bruen’s new approach utterly fails to provide a transparent way to connect those historical laws to circumstances today. Whether a regulation survives this historical test will depend almost entirely on whether an individual judge thinks a regulation written to deal with a modern problem “looks like” a historical one. It is an “I know it when I see it” approach to historical analogy.

It does not have to be this way, and in most areas of constitutional law, it isn’t. Typically, courts apply some kind of scrutiny to examine whether limits on the constitutionally protected activity advance a legitimate government interest — like the prevention of gun violence — without unnecessarily burdening the protected right. Until last Thursday, the Second Amendment operated this way as well.

Now, the Second Amendment — far from being a “second-class right,” as many gun rights supporters complain — appears to enjoy more insulation from modern regulatory demands than almost any other constitutional provision.

Indeed, the court’s own application of its historical test threatens to create a one-way ratchet in favor of ever more expansive gun rights. For example, modern guns are vastly more powerful than colonial-era muskets, yet Justice Thomas indicated that these contemporary weapons presumptively fall within a category of constitutionally protected “arms.” At the same time, present-day regulations responding to the increased danger posed by modern firearms could fall because they aren’t “analogous” enough to historical regulations.

Hours after the justices announced their decision in Bruen, the Senate approved the Bipartisan Safer Communities Act, the first federal gun legislation passed in roughly 30 years. Under Bruen’s purely historical test, whether the act actually makes communities safer seems constitutionally irrelevant. The new law was the product of a difficult but transparent debate about how best to achieve public safety while respecting constitutional rights. It is precisely this kind of open and accessible conversation about guns that the court should strive to enable, instead of the opaque and judge-empowering one it has decided to impose.

Joseph Blocher and Darrell A.H. Miller are professors at Duke Law School, co-directors of the Duke Center for Firearms Law and authors of “The Positive Second Amendment: Rights, Regulation, and the Future of Heller.” They filed an amicus brief in Bruen in favor of neither side; it made the case for the test used by the federal appellate courts but rejected by the Supreme Court.