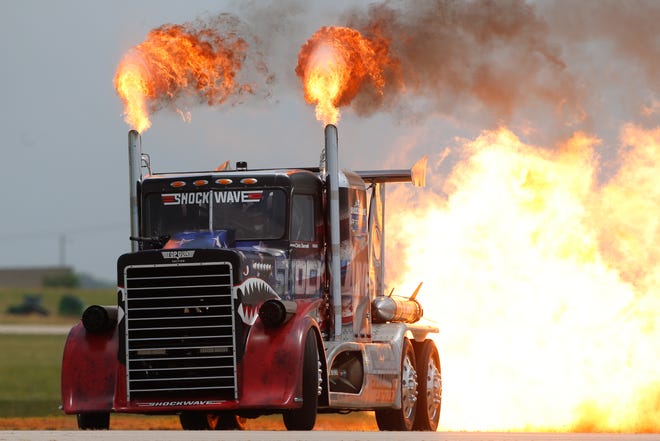 One person is dead following an explosion during a jet-fueled semitruck pyrotechnic performance Saturday at Battle Creek (Mich.) Executive Airport.

Emergency crews responded after the explosion occurred during the 1:10 p.m. performance by the Shockwave Jet Truck. In a release, the city confirmed the incident resulted in one death.

“He was doing his show and going down the runway,” said Suze Gusching, media relations for Field of Flight. “He passed by the explosion, and his truck had exploded.”

The air show is currently postponed.

The Shockwave Jet Truck is part of the Darnell Racing Enterprise’s show team, which includes the Aftershock Jet Fire truck and the Flash Fire Jet Truck. The teams are based in Springfield, Missouri.

The team’s three trucks have appeared at shows across the U.S.