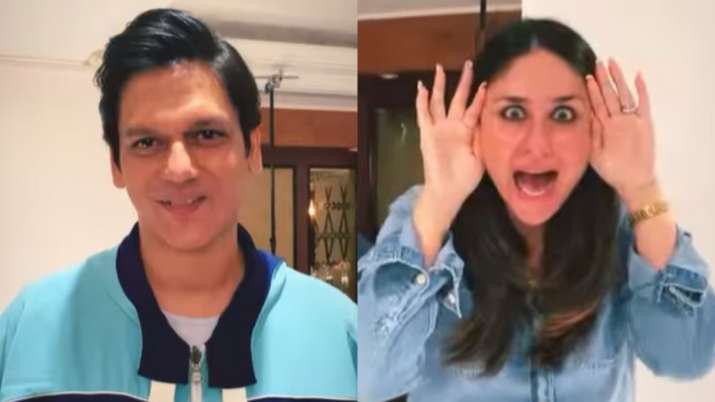 Bollywood actor Vijay Varma is all set to share the screen space with actress Kareena Kapoor Khan for his next project by Sujoy Ghosh. The actor on Monday took to his Instagram and shared an adorable BTS video from the sets. Taking on one of Kareena’s most iconic dialogues from her film Kabhi Khushi Kabhi Gham, Vijay recreated the scene.  In the video, Vijay can be seen saying, “Kon hai yeh, jisne dobara mudke mujhe nahi dekha. Who is she?” Keeping a straight face, Vijay narrates the lines, but towards the end, he replaces the last word to “she”.

And then he turns to his right, and the camera pans on Kareena, who can be seen in a shocking state with her mouth wide open. However, later she smiles and winks at the camera.

Sharing the fun video the actor wrote in the caption.”The only Gag I ever wanted to play with kareenakapoorkhan, the only and ultimate Poo From behind the scenes of #TheDevotionOfSuspectX”.

In no time, his fans and friends from the industry bombarded the post with their reactions in the comments sections. One of the users wrote, “so fun !!!!! can we also have a sikhni hu bhatinda ki wala dialogue frm jab we met.” Raghav Juyal and Kubbra Sait commented, “Haha.”

For the unversed, Kareena Kapoor will be making her digital debut alongside Vijay Varma and Jaideep Ahlawat. Bebo’s upcoming project will be based on the Japanese novel ‘The Devotion Of Suspect X’. It will release on Netflix.

Apart from this, Kareena will also be next seen in ‘Laal Singh Chaddha’ alongside Aamir Khan. On the other hand, Vijay Varma also has Darlings with Alia Bhatt, Reema Kagti’s web show, Fallen with Sonakshi Sinha, and the yet-untitled project by Sumit Saxena.

- Advertisement -
Facebook
Twitter
Pinterest
WhatsApp
Previous articleKareena Kapoor, Saif Ali Khan twin in white as they host a dinner at home
Next articleLock Upp: Kangana Ranaut reveals she was sexually assaulted as a child by a boy in her town