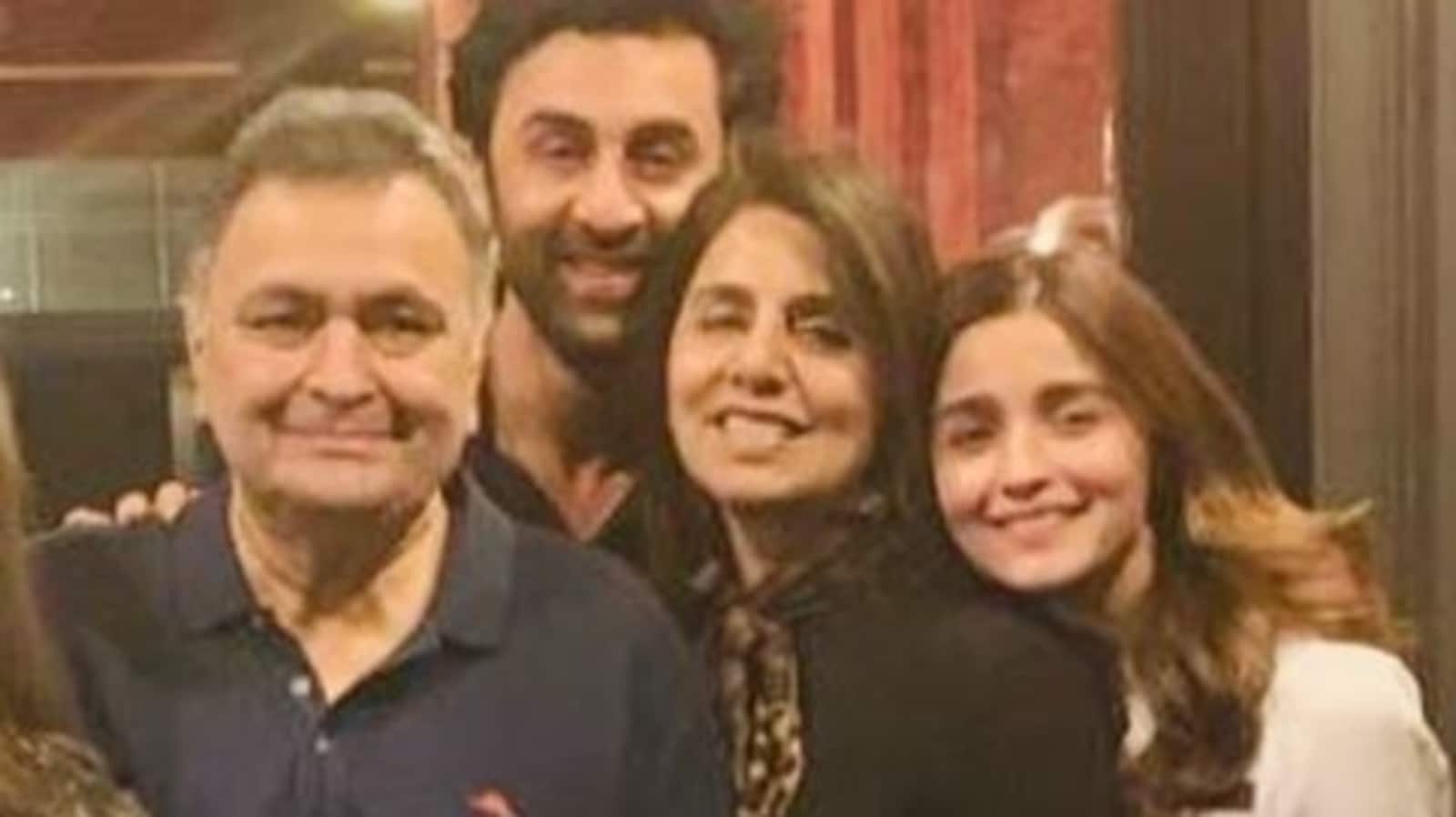 Neetu Kapoor recalled how her late husband, actor Rishi Kapoor used to call their son Ranbir Kapoor and his then-girlfriend Alia Bhatt ‘velle log (jobless people)’ as they would sit in the hospital all day. Ranbir and Alia, who are now married, would often visit Rishi during the time he underwent treatment for cancer in the US. Also read: Anil Kapoor, Neetu Kapoor dance to Rishi Kapoor’s Ek Main Aur Ekk Tu. Watch

Recalling the time when Rishi was in the hospital, Neetu said the late actor called Ranbir and Alia ‘velle log’, because they would sit in the ICU for the entire day when he was unwell. Neetu also praised her daughter-in-law Alia, calling her lovely, as per an India Today report.

Neetu added that Rishi is blessing her, and has his hand is over her. “He will always be there. All the love that I am getting from everyone and everybody around me is all him. He wants me to be happy. And that’s why I got this beautiful bahu rani, meri Alia. I couldn’t have asked for anyone better. She is so lovely. It is all his blessings. He wanted them to get married when he was in the hospital. He was like ‘ab kar lo yaar shaadi (please marry each other now)’,” she said.

Neetu will soon be seen in JugJugg Jeeyo, which marks her first full-fledged role in nine years. She was last seen on the big screen in Besharam, which featured Neetu alongside husband Rishi and son Ranbir.

Directed by Raj Mehta, JugJugg Jeeyo also stars Anil Kapoor, Kiara Advani, Varun Dhawan and Maniesh Paul. The film marks the feature debut of YouTuber Prajakta Koli. Slated for a June 24 release, JugJugg Jeeyo is co-produced by Viacom 18 and Dharma Productions. The film traces the story of a family in which both father and son are planning to divorce their partners.