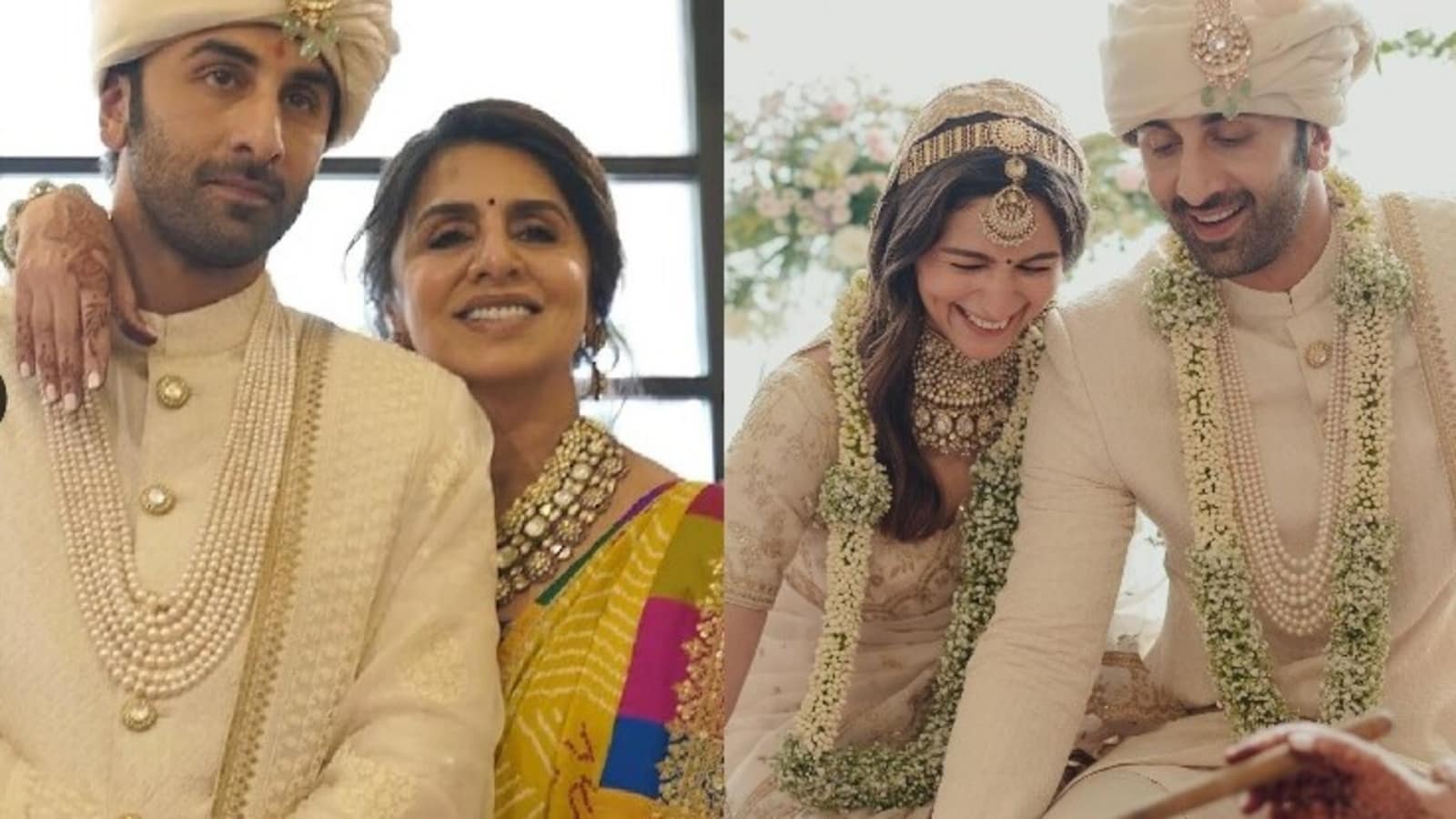 
Actors Alia Bhatt and Ranbir Kapoor tied the knot on April 14 in their Mumbai home. Ranbir’s mother Neetu Kapoor was recently spotted by the paparazzi during a shoot and they asked her about her ‘bahu’ (daughter-in-law) Alia Bhatt. Neetu replied to them, “Badhiya hai (She’s great).” Also Read: After Ranbir Kapoor and Alia Bhatt’s mehendi, Neetu Kapoor shares cute video of son and future daughter-in-law. Watch

In the video, a paparazzo can be heard asking, “Bahu kaisi hai aapki? (How is your daughter-in-law)?” On hearing this, Neetu smiles and says, “Bahu? Badhiya hai. Bohot badhiya hai (My daughter-in-law? She is great. Really great).”

One fan commented, “She’s so cute lol and she loves Alia so much.” Another one added, “She is so cute. I wish i get a saas (mother-in-law) like her.” While one wrote, “Sasu ma bhi bohot badhiya hai (The mother-in-law is also great),” another one said, “She looks so happy.”

Alia and Ranbir started dating in 2017, after they met on the sets of Ayan Mukerji’s film Brahmastra. The film is slated to release in September this year and also stars actors Amitabh Bachchan, Nagarjuna, and Mouni Roy.

The couple got married on April 14 in a very intimate ceremony, which was attended only by close friends and family. Those on the guest list included Ranbir’s cousin Kareena Kapoor, Karisma Kapoor, Armaan Jain, Aadar Jain, Alia’s sisters Shaheen Bhatt and Pooja Bhatt, filmmakers Karan Johar and Ayan Mukerji.

Alia shared a series of pictures from their wedding on Instagram. She captioned it, “Today, surrounded by our family and friends, at home … in our favourite spot – the balcony we’ve spent the last 5 years of our relationship – we got married. With so much already behind us, we can’t wait to build more memories together … memories that are full of love, laughter, comfortable silences, movie nights, silly fights, wine delights and Chinese bites. Thank you for all the love and light during this very momentous time in our lives. It has made this moment all the more special. Love, Ranbir and Alia.”