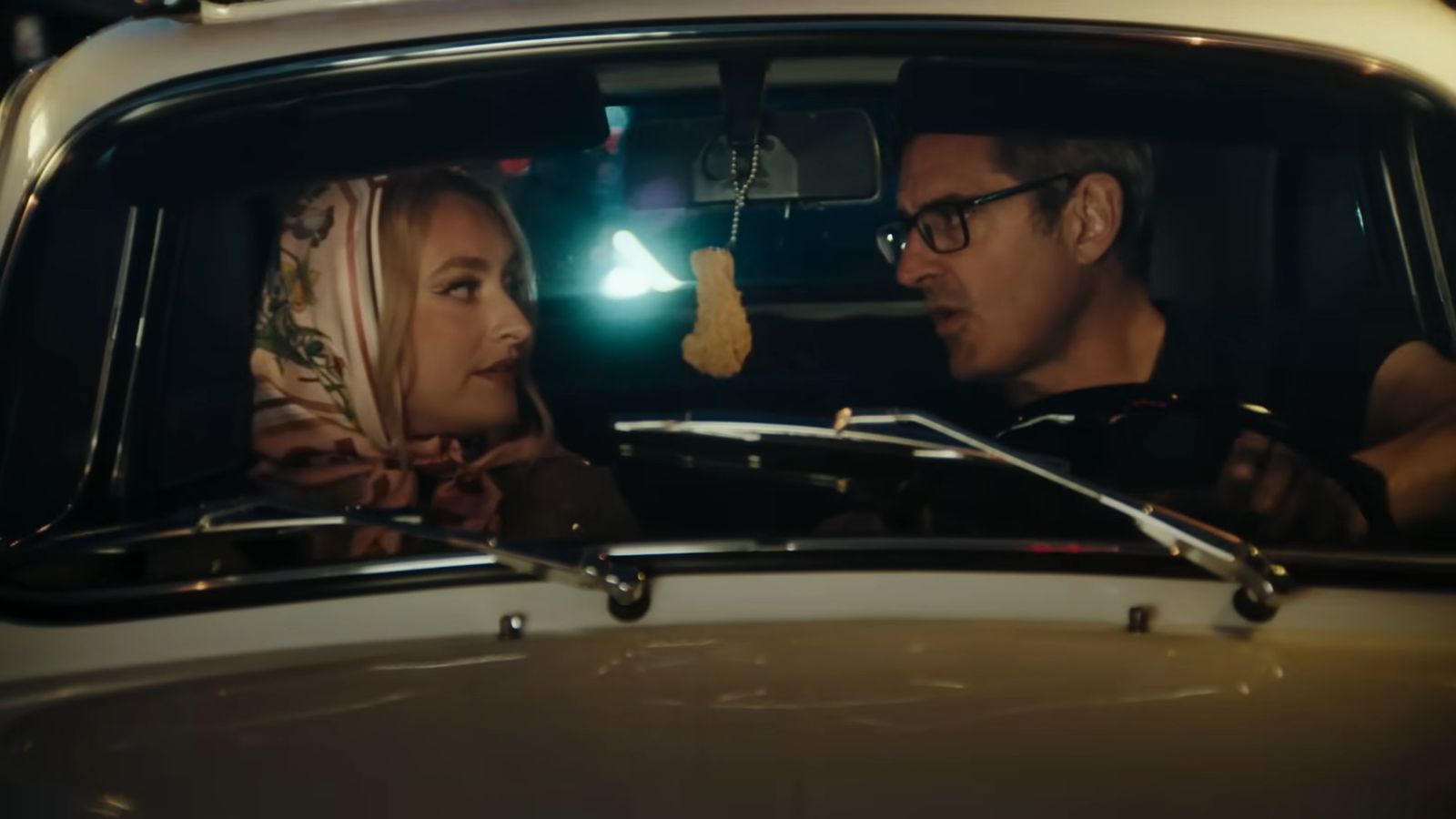 “My money don’t jiggle jiggle, it folds.” It was an immortal line by documentarian-turned-TikTok star Louis Theroux. And now he’s dropped a music video with Jason Derulo.

The national treasure said in the past that he doesn’t want to be a rap star, but that hasn’t stopped his hip-hop stock rocketing this year.

And now Theroux is starring alongside Derulo in a new music video… and ordering 500 chicken nuggets at a “Drive-Theroux”.

The clip starts with a view of a Hackney chicken shop as the documentary-maker drinks a bottle of red wine and launches into rap.

“My money don’t jiggle jiggle, it folds,” he says.

So how did the hit collaboration with the Talk Dirty maestro come about? Well, it’s a tale 20 years in the making.

Louis Theroux raps during a documentary in New Orleans

It was the year 2000. The PlayStation 2 was all the rage and the Y2K bug had not turned out to be all that scary.

Theroux was filming an episode for his series Louis Theroux’s Weird Weekends in which he tried his hand at rapping, assisted by rappers on a local New Orleans radio station.

Wearing a pink patterned button up shirt and his trademark round glasses, he spits some rhymes about money… and his Fiat.

The lyrics notably include: “My money doesn’t jiggle jiggle, it folds.

“I wanna see you wiggle wiggle, for sure.

“It makes me wanna dribble dribble, you know.

“Riding in my Fiat, you really have to see it.

“I’m six feet-two in a compact, no slack.

“But luckily the seats go back.”

A respectable attempt for sure, but one that could easily have been forgotten in the mists of time.

But the internet never truly forgets anything, and sure enough Theroux was asked about it during an appearance on Chicken Shop Date earlier this year.

He was interviewed by host Amelia Dimoldenberg, who asked him about the rapping incident.

Despite it being more than 20 years since the Weird Weekends episode, Theroux without hesitation launches into the rap as they sit in a Sam’s chicken shop.

The clip was picked up by Manchester-based duo Duke & Jones, who made an autotuned version which quickly went viral.

Already a household name on TV, Theroux was made a TikTok star with the video racking up nearly 80 million views.

And, of course, the clip inspired various TikTok dances.

In May, Theroux teamed up with Duke & Jones in the studio to release an official recording of “Jiggle Jiggle”.

Clearly by this point the huge popularity of the 52-year-old documentary-maker’s rap had reached the ears of Jason Derulo, who presumably gave him a call.

In the song, Theroux of course reprises his iconic “My Money Don’t Jiggle Jiggle, it folds” lines.

And now, on August 10 in the year 2022, the music video that the hit song demanded has finally landed.

The video starts with the camera zooming in on Well Street Fish & Chips in Hackney, as Derulo sings and Theroux talks about rapping in the past.

Theroux, sitting in the chicken shop drinking a bottle of red wine with Amelia “Dimz” Dimoldenberg, immediately launches into his famed bars.

They then take a ride in a Fiat – all six foot-two of him – and pull up to a Drive-Theroux.

Is this the start of a glittering rap career for Theroux? Is he destined to appear as a hologram at Coachella? Anything’s possible.