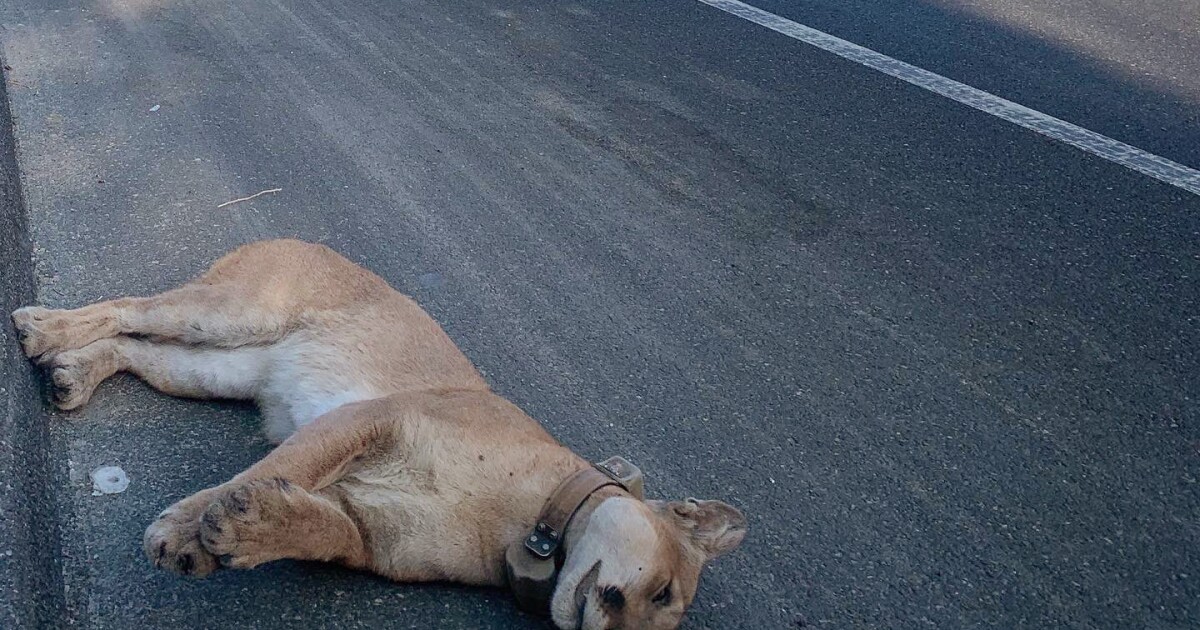 A mountain lion was struck and killed on the 101 Freeway in the Santa Monica Mountains early Wednesday morning, less than a week after another was killed in the same area.

P-89, a 2-year-old male, was found dead on the shoulder of the 101, between the DeSoto and Winnetka exits.

He’s the fourth mountain lion to die after being struck by a vehicle this year, according to a social media post from the National Park Service.

The young lion is the second killed in the past five days in the Santa Monica Mountains. On Friday, P-54 — a 5-year-old female mountain lion — was struck and killed by a car on Las Virgenes Road between Piuma Road and Mulholland Highway. The site is not far from where her mother and brother, P-23 and P-97, were killed.

The Santa Monica Mountains National Recreation Area, a unit of the National Park Service, said P-89 had been struck by a vehicle around 2 a.m.

The young cat had been collared as part of the park service’s cougar study area — which includes the Santa Monica Mountains, Simi Hills, Griffith Park and the Santa Susana and Verdugo mountains — in 2020 after he was born during the “summer of kittens.”

Wildlife officials say a full necropsy will be performed on P-89 in the coming days.

Tiffany Yap, a senior scientist for the nonprofit Center for Biological Diversity, said in a statement that she hopes the death of P-89 will encourage California lawmakers to enact more protections for mountain lions.

“When state senators consider the Safe Roads and Wildlife Protection Act next month, I hope they see the gravity of the situation and pass the bill,” Yap said.

The Safe Roads and Wildlife Protection Act, AB 2344, would require Caltrans to identify potential wildlife barriers on all future transportation projects and implement at least 10 projects that improve wildlife crossings.

The bill is expected to be heard by the California Senate Appropriations Committee in August.