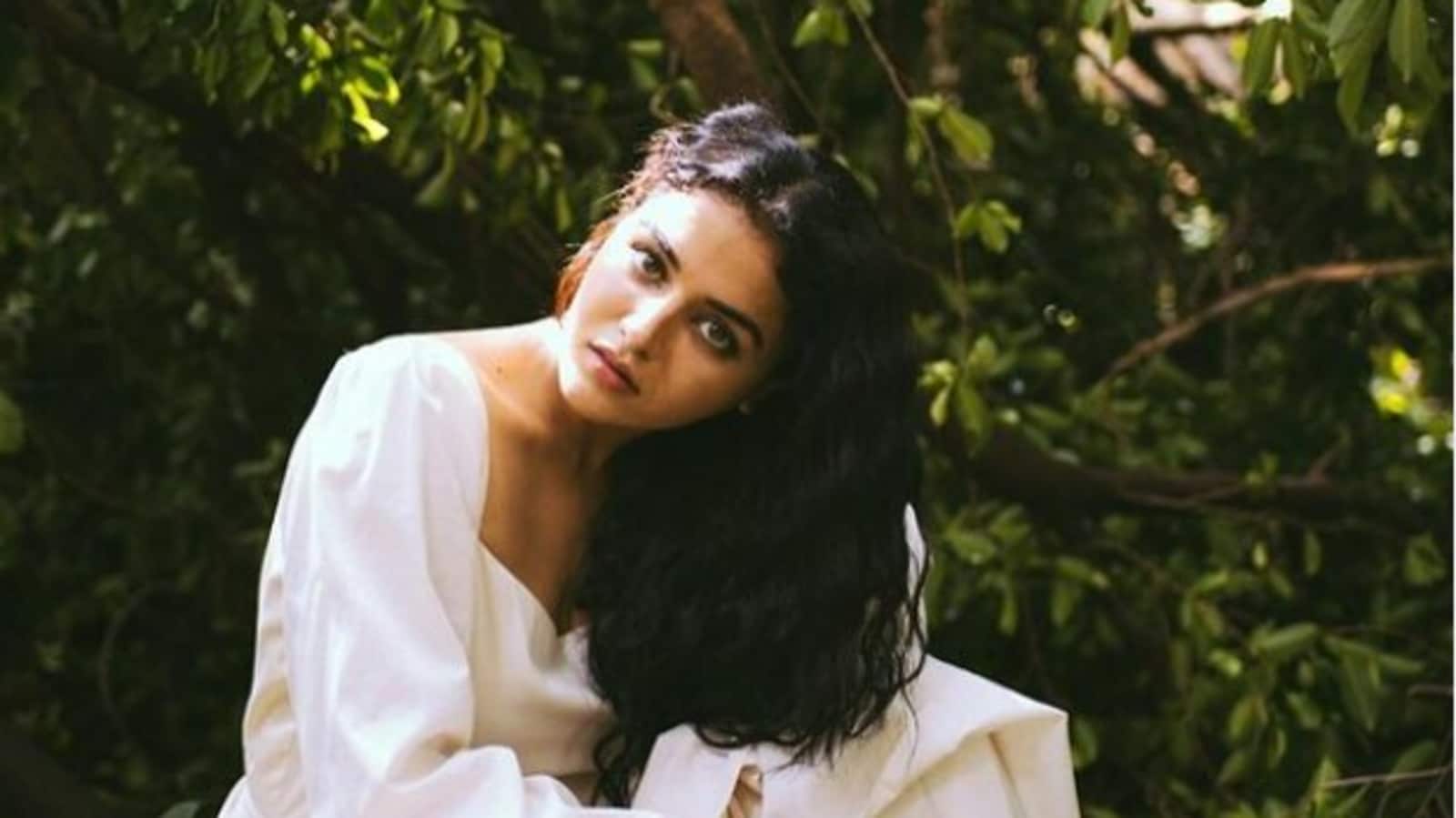 
Wamiqa Gabbi, who was recently seen in the Netflix series Mai as Supriya Chaudhary, will now appear in the Amazon Prime Video series Modern Love Mumbai. The anthology series that consists of six episodes is the first of the three localised Indian versions of the widely-acclaimed international series Modern Love, and will start streaming on the OTT platform on May 13, 2022. The episodes have been directed by Vishal Bhardwaj, Hansal Mehta, Shonali Bose, Dhruv Sehgal, Alankrita Shrivastava, and Nupur Asthana. Also Read| Modern Love Mumbai trailer: Amazon Prime Video brings warm stories of love by Vishal Bharadwaj, Dhruv Sehgal and more

Wamiqa revealed that Vishal Bhardwaj approached her to play Megha while they were filming for Khufiya, a spy-thriller that also stars Tabu and Ali Fazal. The actor, who has portrayed versatile characters while working in Hindi, Punjabi, Malayalam, and Telugu film industries, said she was still surprised when Vishal approached her to play a Gujarati character in Modern Love.

She said in a conversation with HT, “Generally when you are working with a director, he sees you in this one mould. For him to actually look at me as a completely different character and still be convinced that I could do that, that was just very rewarding for me. It was a Gujarati character so it was even more surprising because he knew that I am a Punjabi.”

Her character Megha is referred to as a “vegetarian dayan (witch)” in the series, but Wamiqa doesn’t agree with this perception. She said, “Megha, yeah, she is a vegetarian dayan. It’s weird that for the past 1.5 to 2 years, I have also become vegetarian, so for me Megha was not a dayan. Megha is a very free person. I related to her since she has the kind of life I have been living because of the attitude that my parents carry. Megha’s parents are very open-minded, which is why she follows her dreams, and is able enough to give advice to her own boyfriend about life and career. But Chang’s character belongs to a very different conservative family and has a very narrow-minded mother and Megha becomes a catalyst in bringing them closer.”

Megha also recounted her experience of working with Yeo Yann Yann, Meiyang Chang, and Naseeruddin Shah on the show. She revealed that Yeo, a Malaysian actor, spent eight months learning Hindi so she could play the Indo-Chinese character Sui in Modern Love Mumbai.

Wamiqa said, “I am so glad that I got to work with Yeo Yann Yann. She is such an amazing actor, the nuances she brought in her performance, in her character. I was just so happy that I could be in the same zone as her and Vishal Sir and see that magic happen and be part of that magical journey. Chang is obviously amazing. Yann learned Hindi for eight months. If you see the episodes you will see that you won’t even be able to tell that she didn’t know Hindi. She is so amazing.”

Wamiqa, who has worked in a number of Punjabi films, said about Naseeruddin, “I remember the first time I saw him as a Sardar walking on our set and I was like ‘oh my god.’ He literally looked like the uncle who lives next door to my house. His body language, his get-up, it’s so real. Otherwise, people just don’t get those Punjabi uncles right, but his beard and everything is just so perfect and I was so surprised to see him like that. And I am so glad because I don’t think he has ever played a Sardar character and I was just so happy that he looks like that.

Wamiqa, who was seen in small roles in Jab We Met, Love Aaj Kal, Mausam, and Bittoo Boss before she appeared as a lead in the teen drama Sixteen in 2013, says she feels lucky about the kind of work she has been getting these days. Apart from Khufiya, she will be seen in Vikramaditya Motwane’s period drama Jubilee. She said that the roles she has been playing in her career have helped her in her personal life as well.

She said, “Right now I am living a dream where I am working with my favourite directors and favourite people. I just don’t know what is happening, something is going on. I swear I didn’t do anything to make this happen. I was just working on myself. And what was happening was that, the kind of role that I played in Jubilee, or in Khufiya or in Mai, while I was shooting for those, it was helping me in my personal life. It was a weird coincidence that things I was going through in my personal life kind of helped me get those scenes right in my shows. So when I say magical it’s because of these things that it became more magical because there were so many beautiful coincidences happening.”

She further explained, “While I was shooting for Jubilee, the character I was playing is such a strong-headed character. I don’t think I am that strong-headed. When you are playing a character, you have to think like the character, you need to understand why she is like this, why is she so emotionally strong and powerful, so justifying all of that for my character, kind of helped me gain that strength personally as well. I remember there were times when I could have been really weak, my character really helped me be strong.”

We asked Tanisha if it was a conscious decision to choose the kind of work she has done, starting from Sixteen, where she played a teen girl Tanisha who falls in love with an older man, while her best friend who has a crush on her is sent to prison for killing his father. She replied, “Beggars can’t be choosers. I don’t come from a filmy background. It was never my choice to do certain films. Obviously, I am very proud of Sixteen, I am so glad I got to be a part of it, but again it was luck and whatever I was doing with my craft, that probably got me this project.”

At the end of the day, Wamiqa credits her success to her father, who is a writer himself. She said, “It’s all because of my father. His first book was of poems, but generally he is a story writer. And he is one of the board members of the Sahitya Academy’s Punjab wing. It’s because of him that I am an artist because he is an artist, and we used to go and watch plays with him in Tagore Theatre and Kala Bhavan. My grandfather was in Army, but he was a very good singer as well and would sing a lot. I think all those things kind of got into us also and I was drawn towards art because of my father. So whatever I am today, and the kind of life I live, and whatever I want to do in my life, I had been able to do that only because of my father. Because he made sure that I feel free in my life. I think we need more men like my father.”