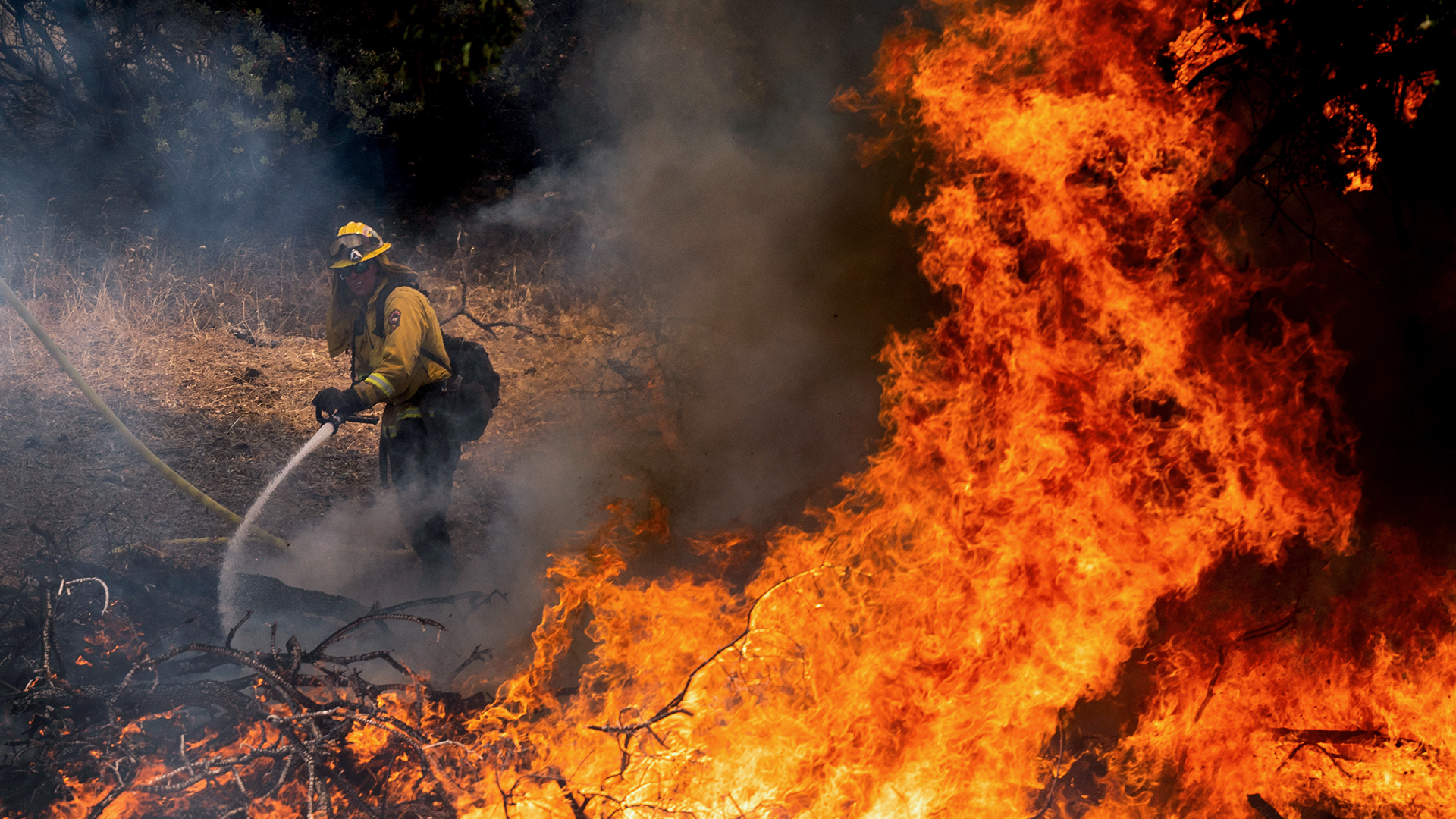 The Northeast could be in for its longest heat wave in nearly a decade as high temps and drought-like conditions fuel wildfires in the West.

In just three days, flames from the Oak Fire in Mariposa County, California have burned more than 16,000 acres and threatened part of the prized Yosemite National Park.

The blaze is already one of the state’s largest fires this year.

Smoke is so thick and pervasive, that it’s visible from the International Space Station.

“We’re hoping for the best because we don’t know if the house is still there,” said one Mariposa County resident.

The fire has taken out roughly seven structures while thousands more are at risk. Close to 4,000 residents have evacuated their homes.

Firefighters say a mix of high temps, low humidity, strong winds, and dry vegetation have contributed to the speed and intensity of the fire.

With only about 10 percent of the flames contained, Gov. Gavin Newsome (D-CA) has declared a state of emergency.

While conditions are rough in the Western states, the heat has an even tighter grip on nearly 90 million Americans from Texas to Maine.

New Jersey saw five straight days of 100-degree weather. In New York, the annual triathlon was scaled down to just half the distance, with runners urged to hydrate.

The heat forced organizers to postpone Boston’s race until next month after the city hit a daily record of 100 degrees on Sunday – the hottest since 1933.

“As I’m sitting here the sweat is pouring down and the sunscreen is getting in my eyes,” said Boston resident, Nancy Cahill.

After a sweltering weekend, the Pacific Northwest is next on the heat wave list. There are several ongoing watches in Oregon and Washington that have the potential for an upgrade to heat warnings into next week.