It’s been 25 years since we saw Milind Soman in Alisha Chinai’s iconic song ‘Made In India’ and now, the model-actor has made a grand return with a new music video titled ‘Shringaar’. The way we see him in the video it is safe to say he still knows his moves quite well. And, not only Milind’s fans but his wife Ankita Konwar is also feeling awestruck after seeing her husband’s latest look in the music video.

Recorded by Akasa Sing and Aastha Gill, the peppy song has been written by Vayu and also features Raftaar. Initially we see Akasa and Astha Gill singing in the video and then we get to see a glimpse of Milind Soman as a ceramist. Ever since the music video was released fans can’t get enough of the seasoned actor’s appeal. 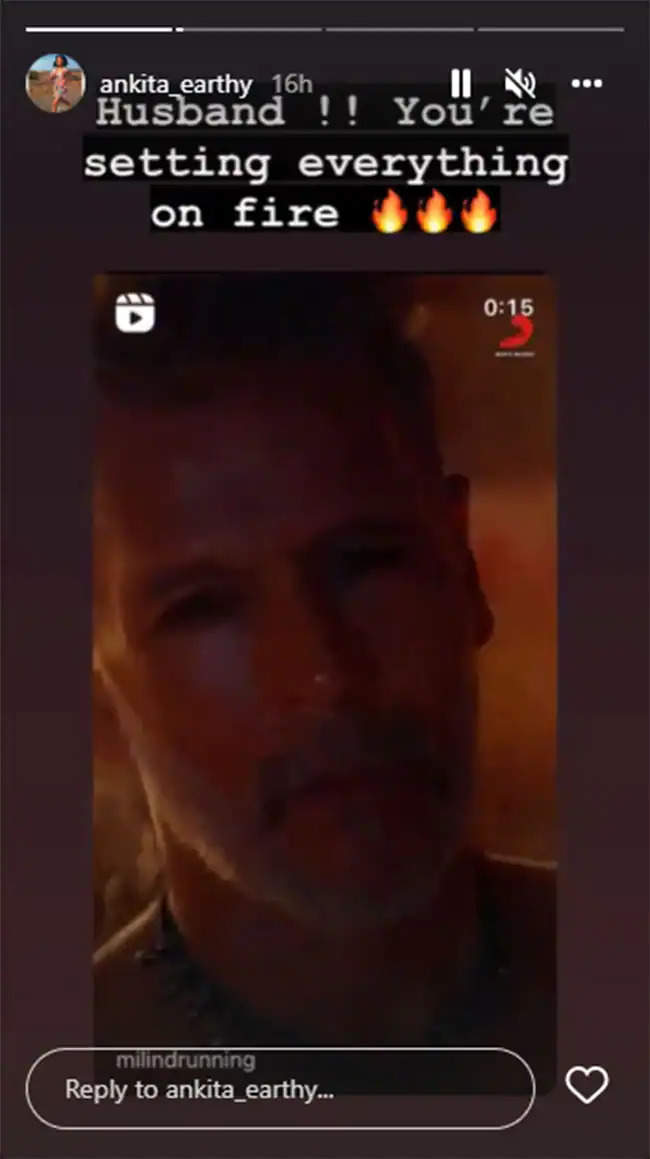 ‘Shringaar’ has literally sent social media into a meltdown, or in Ankita Konwar’s version, Milind has set “everything on fire.” Sharing her husband’s post on her Instagram stories, Ankita heaped praise on his performance and sensational appearance in ‘Shringaar’ and wrote: “Husband, you are setting everything on fire.” She even added a few fire icons to the caption.

Milind Soman is known to set benchmarks every day with his fitness goals. At 56, the sporty actor can give any fitness enthusiast a run for their money. He has broken many stereotypes in his life. From bold photoshoots in his early modeling days to running marathons barefoot, he has done it all.

The model-actor who was last seen in the 2021 film ‘Doctor’ has also appeared in critically acclaimed films like ‘16 December’, ‘Rules: Pyaar Ka Superhit Formula’, ‘Say Salaam India’ and ‘Bajirao Mastani’.