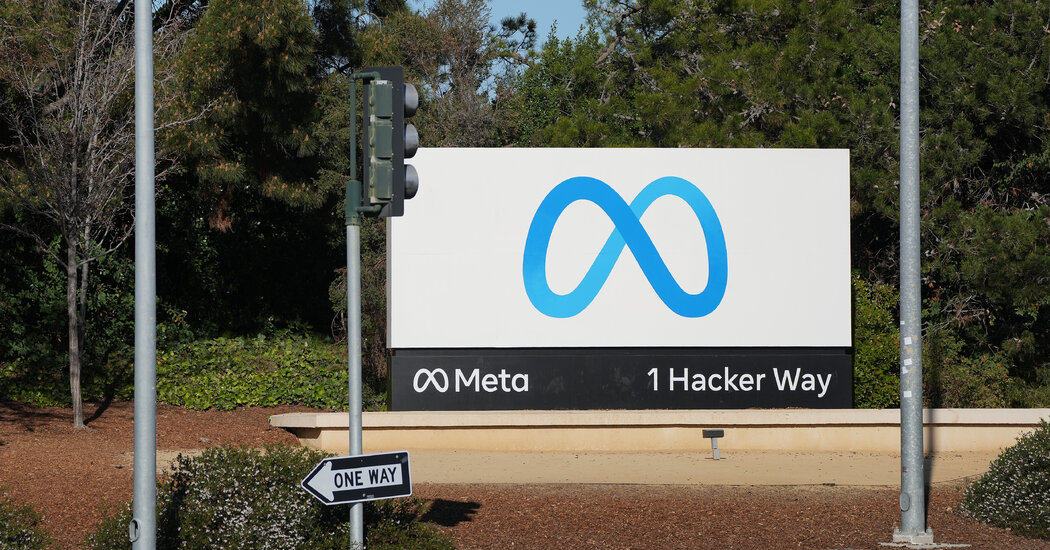 For most of Facebook’s history, its executives have executed a tried-and-true playbook: Mimic the success of others.

On Thursday, the company, which has been renamed Meta, continued that tactic with a revamp of its main Facebook app that will change how users browse the service and make it act a bit more like one of its largest competitors.

Facebook users will soon open the app to a new Home tab that will feature a feed with photos, looping videos and status updates from a mix of friends and family. The Home tab will also show a variety of posts from people and pages unconnected to a user’s network, labeled “Suggested for You.”

That category will be driven by what Facebook’s algorithms think someone may like to see, based on thousands of individual information signals and the user’s browsing history on Facebook. The so-called discovery engine behind those algorithms is powered by Facebook’s artificial intelligence technology.

In short, the Facebook app will act more like TikTok, the Chinese-owned social media app. While Facebook has historically connected people to content produced by their friends, the video-based TikTok relies on algorithmic signals and viral content to show viewers highly engaging posts, without having to rely on someone’s network of friends or connections.

The change is part of a push by Meta to drive use of its social apps, which also include Instagram. In recent months, Mark Zuckerberg, Meta’s chief executive, has promoted video products across Instagram and Facebook, with the company inserting more suggested content to keep users engaged and regularly returning to the apps. On Instagram, the formula seems to be working, Mr. Zuckerberg has said.

The Home tab follows a popular social media trend known as “discovery,” which is essentially relying on algorithms and machine learning to better understand the types of content a user may like and serving it up without the person’s working hard to find it. Facebook is investing heavily in that area, as are companies like Snap and Twitter.

TikTok’s emphasis on discovery and serving up engaging content has been a social media phenomenon. Founded less than a decade ago, TikTok has added hundreds of millions of users over the past few years. Young people spend more than 90 minutes a day watching TikTok, according to some estimates, besting even YouTube on time spent inside the app.

That has put pressure on Meta’s family of apps. Its executives have grown concerned about the share of younger users migrating to TikTok and other up-and-coming social media apps. To combat the attrition, Facebook and Instagram executives have made product changes that follow competitors’ moves. In 2020, Instagram introduced Reels, a short-form, looping video product nearly identical to that produced by TikTok.

Meta has made big changes in the past to how its products work, occasionally ticking off its user base. But the new changes are occurring more subtly and over time. The Home tab will still be populated with posts from friends and groups and will slowly introduce outside content while ramping up more videos and Reels posts from influencers. While that approach has been successful for TikTok, it’s unclear whether Facebook’s users will embrace the changes — or whether they will even notice.

In the Facebook app update, users should expect to see more short-form video and Reels in the Home tab as the company refines the algorithms and improves the discovery experience. Home content can also include photos or articles from pages and groups that a user does not already follow.

Users can still choose to view content only from friends, family or certain pages — without seeing unconnected, suggested posts — by navigating to the new Feeds tab. Under the Feeds tab, people can view content in categories like posts from friends, posts from groups they belong to and pages they subscribe to, or a stream of everything combined and posted in reverse chronological order.

Mr. Zuckerberg said people would still have control over what they saw in the app with the Feeds tab.

“One of the most requested features for Facebook is to make sure people don’t miss friends’ posts,” he said in a Facebook post. “The app will still open to a personalized feed on the Home tab, where our discovery engine will recommend the content we think you’ll care most about. But the Feeds tab will give you a way to customize and control your experience further.”

The Facebook app update will be rolled out globally over the next week.