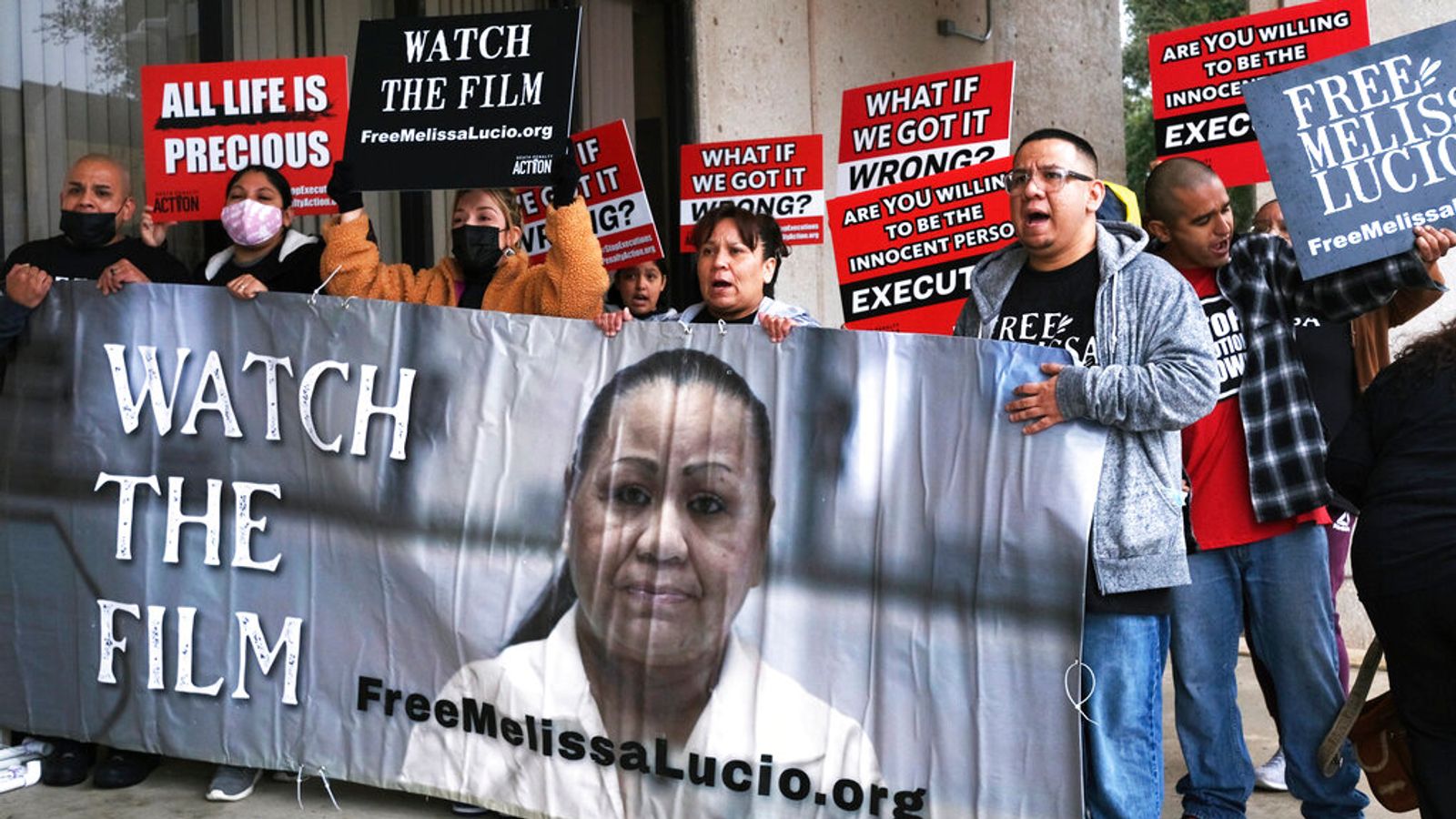 
A death row inmate whose supporters include Kim Kardashian has been given a stay of execution a day before she was due to be given a lethal injection as doubts grow about whether she killed her daughter.

Melissa Lucio’s fight to overturn her conviction has gained the support of politicians, celebrities and even members of the jury that originally sentenced her to death.

Kardashian, the reality TV star, described the stay of execution as “the best news ever” after it was granted by the Texas Court of Criminal Appeals.

A lower court can now review claims that new evidence would clear the 53-year-old.

Vanessa Potkin, one of Lucio’s lawyers, said the death row inmate “sobbed” and was just overwhelmed” after her execution was delayed.

Lucio was convicted of capital murder after her two-year-old daughter Mariah died in the southern Texas city of Harlingen in 2007.

Prosecutors maintain the girl was a victim of abuse and noted her body was covered in bruises.

They also claim Lucio had a history of drug abuse and at times had lost custody of some of her 14 children.

Her lawyers claim Mariah died from injuries she sustained after falling down a steep staircase several days before she died.

“I am grateful the court has given me the chance to live and prove my innocence,” Lucio said in a statement provided by her lawyers.

“Mariah is in my heart today and always. I am grateful to have more days to be a mother to my children and a grandmother to my grandchildren. I will use my time to help bring them to Christ. I am deeply grateful to everyone who prayed for me and spoke out on my behalf.”

Lucio was told her execution had been delayed in a phone call with state representative Jeff Leach, a Republican who has helped lead a bipartisan effort to overturn her conviction.

Leach said he was grateful the appeals court had “pushed the pause button on her execution, saving the state of Texas from the irreversible blunder of potentially killing an innocent citizen”.

The execution stay was announced minutes before the Texas Board of Pardons and Paroles had been set to consider Lucio’s clemency application to either commute her death sentence or grant her a 120-day reprieve.

Lucio’s lawyers say her conviction was based on an unreliable and coerced confession that was the result of relentless questioning and her long history of being sexually, physically and emotionally abused.

They say Lucio wasn’t allowed to present evidence questioning the validity of her confession.

Posting about the stay of execution on Twitter, Kardashian, who is training to be a lawyer and has been following the case, said: “Melissa Lucio has been on death row for over 14 years for her daughter’s death that was a tragic accident.

“She is getting a new trial on her case and has been granted a stay of execution by the Texas Court of Appeals.”

Kardashian previously said she was “heartbroken” by written pleas from the children of Lucio and that there were “many unresolved questions” in the case.