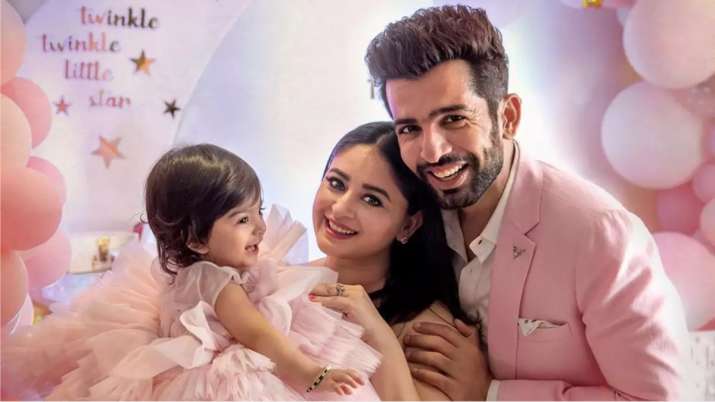 In a shocking state of affairs, Television actress Mahhi Vij encountered a horrific incident at home after the actress’s drunk cook threatened to stab her with a ‘khanjar’ and hurled abuses at her and her family. Reportedly, Mahhi shared details about the dreadful incident in the now deleted tweets. The actress had also appealed to the Mumbai Police for the protection and safety of her daughter, Tara. In a now deleted tweet, Mahhi had written, “Scared for my and my daughter’s life. Police and Jay caught this cook and now leaving him on bail to kill us. Wow marne ke baad morcha nikalna he openly saud which was shown to police ki chaaku maar dunga tujhe.”

Mahhi wife of actor Jay Bhanushali confirmed the entire incident to TOI and revealed that the entire episode happened after they caught him stealing and decided to fire him. “It had just been three days and we were alerted that he’s stealing. I had waited to inform Jay. When Jay came, he wanted to settle the bill but the cook demanded to be paid for the entire month. When Jay tried to reason out, he said ‘200 biharis laake khada kar dunga’. He got drunk and started hurling abuses at us. We went to the cops. I don’t care if anything happens to me, but I was scared for my daughter,” she said.

She further added, “When we went to the police station he kept calling me. I have all the recordings. Seeing whatever is happening everywhere, it is very scary. What if he stabs me? If something happens to me, people will protest later. What’s the point then? I am scared for my family’s safety. I heard he will be out on bail. What if he actually gets men after coming out of the jail and targets us?”