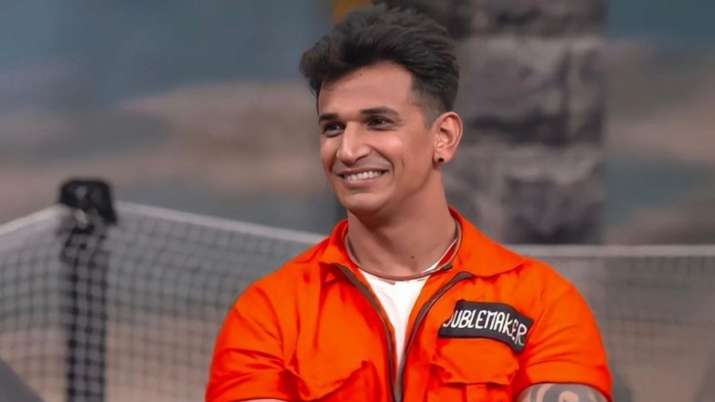 
‘Bigg Boss 15’ fame Pratik Sehajpal recently entered the reality show ‘Lock Upp’ during an Eid special episode. He interacted with inmates and also announced that Prince Narula is the second finalist. He has to decide between Azma Fallah and Prince. He created a major suspense and said whoever he will give the pendant to is the second finalist.

Firstly he called Azma and everyone thought she was the second finalist but he asked her to give it to Prince: “Go give it to prince”. Post his announcement, Anjali Arora and Munawar Faruqui jumped in joy. Lastly, Pratik questioned: “Who should remain in the house and who should be locked out?”, to which Shivam Sharma replied: “Payal” and Munawar replied: “Azma.”

Payal created a ruckus as Pratik left the house, questioning why Shivam chose her name, and Azma cross-questioned Munawar, he replied: “I like you but I thought you might get eliminated.”

Meanwhile, ‘Nasha’ actress Poonam Pandey was the most recent contestant who got evicted from ‘Lock Upp’. Poonam lost the game and despite being a strong contestant she got eliminated during a task. In an arena task between Poonam and Saisha Shinde, there is a tunnel in which there is a (safety) buzzer, both of them had to enter the tunnel and press the buzzer marked on each letter. Saisha eventually won, Poonam lost and was locked out from the ‘Lock Upp’.

Poonam was seen on the show revealing her secret about facing abuse from her ex-husband. She also shared how her family was thrown out of a housing society because it was her family. Even none of the family members told her the reason why they were thrown out because she was the only earning member. She also took off her T-shirt in one of the episodes as she promised to her fans. She was one of the contestants who was close to the finale but got evicted.