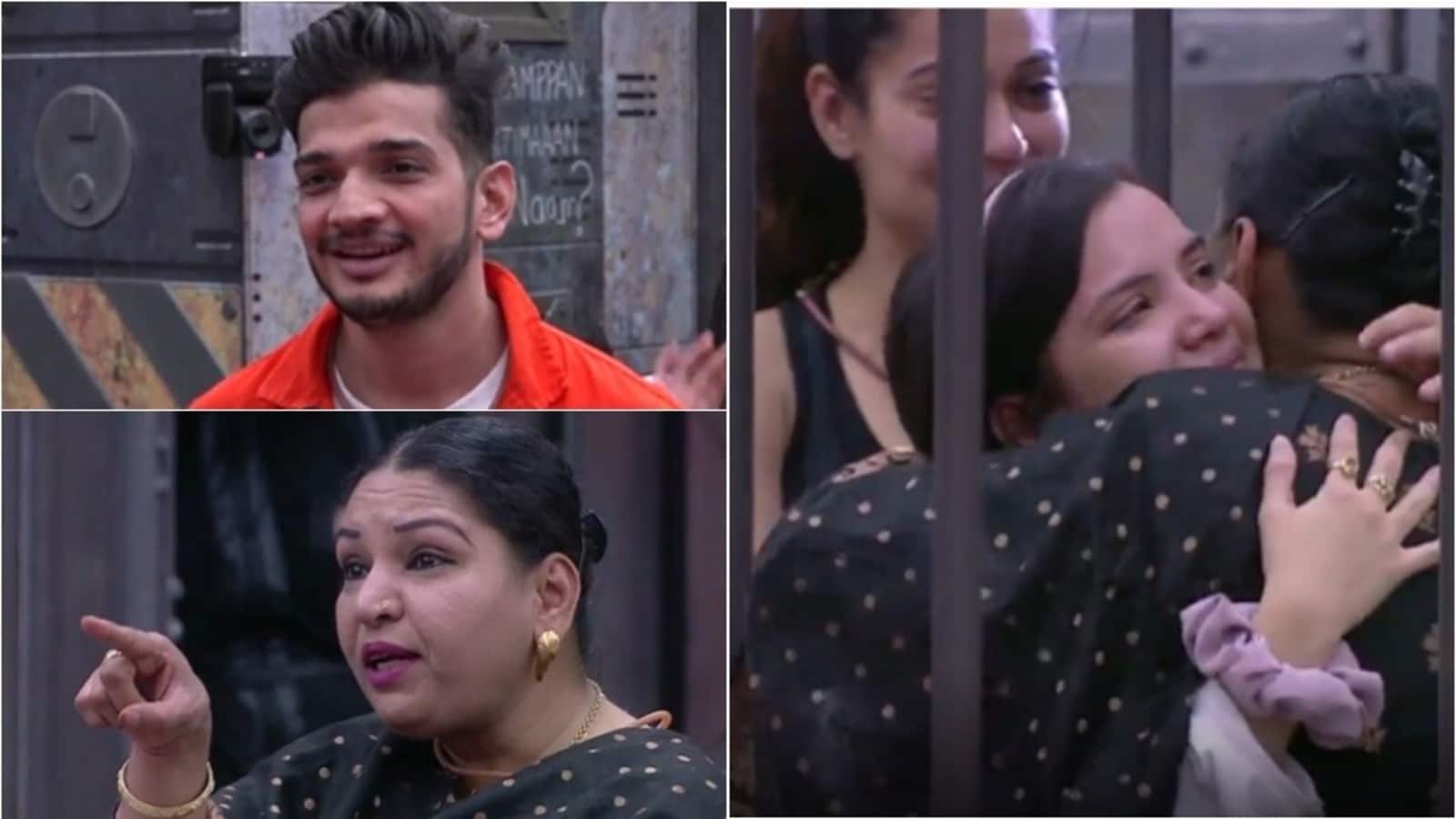 
Kangana Ranaut-hosted Lock Upp is inching closer towards its finale with only eight players left behind in the makeshift jail. New promos released by the makers on Monday showed the contestants being visited by their family members. Azma Fallah, who had entered the show as a wild card contestant, was also visited by her mother, who came with a warning for Munawar Faruqui. Also Read| Saisha Shinde reveals secret on Lock Upp, says she was sexually assaulted as a child, was told ‘this is why you are gay’

The promo started with Azma’s mother telling Munawar Faruqui that he is also a very good guy, but he keeps bad company. Munawar has been close friends with Anjali Arora, Saisha Shinde, and Poonam Pandey on Lock Upp, but the recent episodes have shown the group having many differences. Munawar even broke down after feeling betrayed by Anjali and Saisha during one of the tasks.

Azma’s mother warned her about his friends during her recent guest appearance on the captivity-based reality show, though she did not take any names, she said, “Abhi thodi der pehle hi planning ho rahi hai, ki pehle isko (Azma) target karenge fir tumko, tumhara hi group. Isko pehle hatayenge. Baad mein fir tumko (planning was being done only a little while ago, that they will first target her and then you, your own group. They will remove her first, then you).” In response, Munawar told her, “Aapne bola na main accha insaan hu, to acche ke saath bura nahi hoga (you told me that I am a good person, bad things won’t happen to a good person).”

Azma’s mother also told her daughter that she is doing very well on the show, adding that her friendship with Payal Rohatgi and Shivam Sharma is making names outside the show. She added that their friendship is real, unlike the other turncoats on the show. She further told Munawar, “You stayed true in your friendships, but the others are making plans.”

The show also features Prince Narula, who had recently entered as a troublemaker. The finale of the show is likely to take place in the first week of May.