BISHOPENTERTAINMENT
HomeENTERTAINMENTLight up your Navratri with these popular devotional songs & Aartis of... 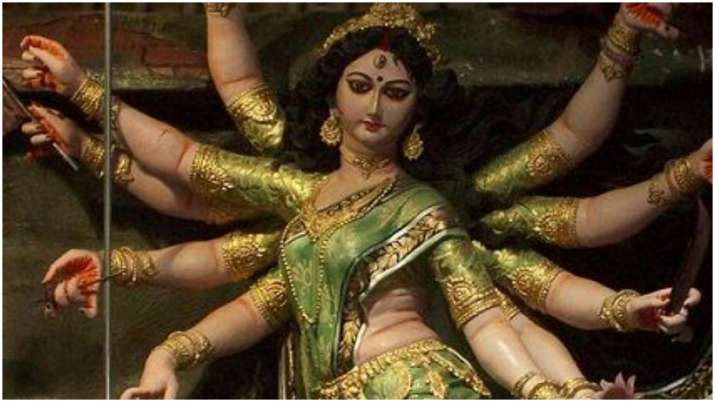 
As we know that Navratri is just about to begin on April 2nd, every Hindu is gearing up to celebrate these auspicious days wholeheartedly. People like to spend their days visiting temples to worship goddesses. Some people fast during these days for the divinities and listen to devotional songs and prayers for seeking blessing from them. As per Hindu beliefs, nine avatars of Maa Durga are celebrated for nine days. And, here we are eager to share the list of devotional songs, bhajan, and aarti of goddess Durga which will undeniably be pleasing to one’s ears!

The bhajan Suno Suno Ek Kahani Suno is sung by Vipin Sachdeva, which was released in 1991 under the album Mamta Ka Mandir vol 1.The song focuses on the goddess Vaishno Devi also known as  Mata Rani, Trikuta, Ambe, and Vaishnavi.

Aa Maa Aa Tujhe Dil Ne Pukara song is set on goddess Durga, one of the main deities in Hinduism. Durga Maa is worshiped as the mother deity. The bhajan is the part of the same album Mamta Ka Mandir vol 1, and is sung by Babla Mehta, and written by Naqsh Layalpuri.

This beautiful devotional song Bhor Bhai Din Chadh Gaya is set on goddess Ambika also known as Bhagavati or Chandi. She has eight arms, holding multiple weapons. The song is sung by singers Alka Yagnik, Narendra Chanchal, and Rattan Mohan Sharma. The song was released in 1999 on the album Durga Siddhi.

Aaja Maa Tainu Ankhiyan Udeek Diyaan is one of the most heard songs of goddess Durga. Maa Durga is one of the most revered Hindu deities who is known for her protection, strength, motherhood, destruction, and wars. The melodious song is sung by Anuradha Paudwal, Sonu Nigam, and Bhushan Dua. The song is released on the album Jai Maa Vaishnodevi.

Maa Ho To Aisi Ho spiritual song sung by singer Suresh Wadekar is based on the goddess Kali, who is noted as the master of death, time, and change. Kali Maa is said to be a form of goddess Parvati, supreme of all powers. The song was released on the album Mamta Ka Mandir. The lyrics of the song are given by Naqash Layalpuri.