Here comes an update on one of the much-awaited Punjabi sequels. After a long wait, finally, the first look poster of ‘Laung Laachi 2’ is out! Presenting Neeru Bajwa as the beautiful princess and Amberdeep Singh and Ammy Virk as her two charming princes, the first poster of the movie is giving major fairytale vibes.

A lot of love has been showered on the poster as soon as it got released. All three stars Neeru, Ammy, and Amberdeep shared the first look with their fans. Ammy also shared his excitement for the projects, as with the poster he wrote – “Laung laachi 2 releasing worldwide on 19th august 2022…@amberdeepsingh bhaji at his best, n @neerubajwa as usual fantastic 🤗🙏🏻😊… bahut eee sohni film aaa sajjno… te music ne v chaar chann laune aaa…

Waheguru mehar karan 🙏🏻” (this is a very beautiful film, and the music is adding more charm to the script)

Amberdeep as well penned a sweet caption with the poster. He wrote, “hope you will love the second part also”. 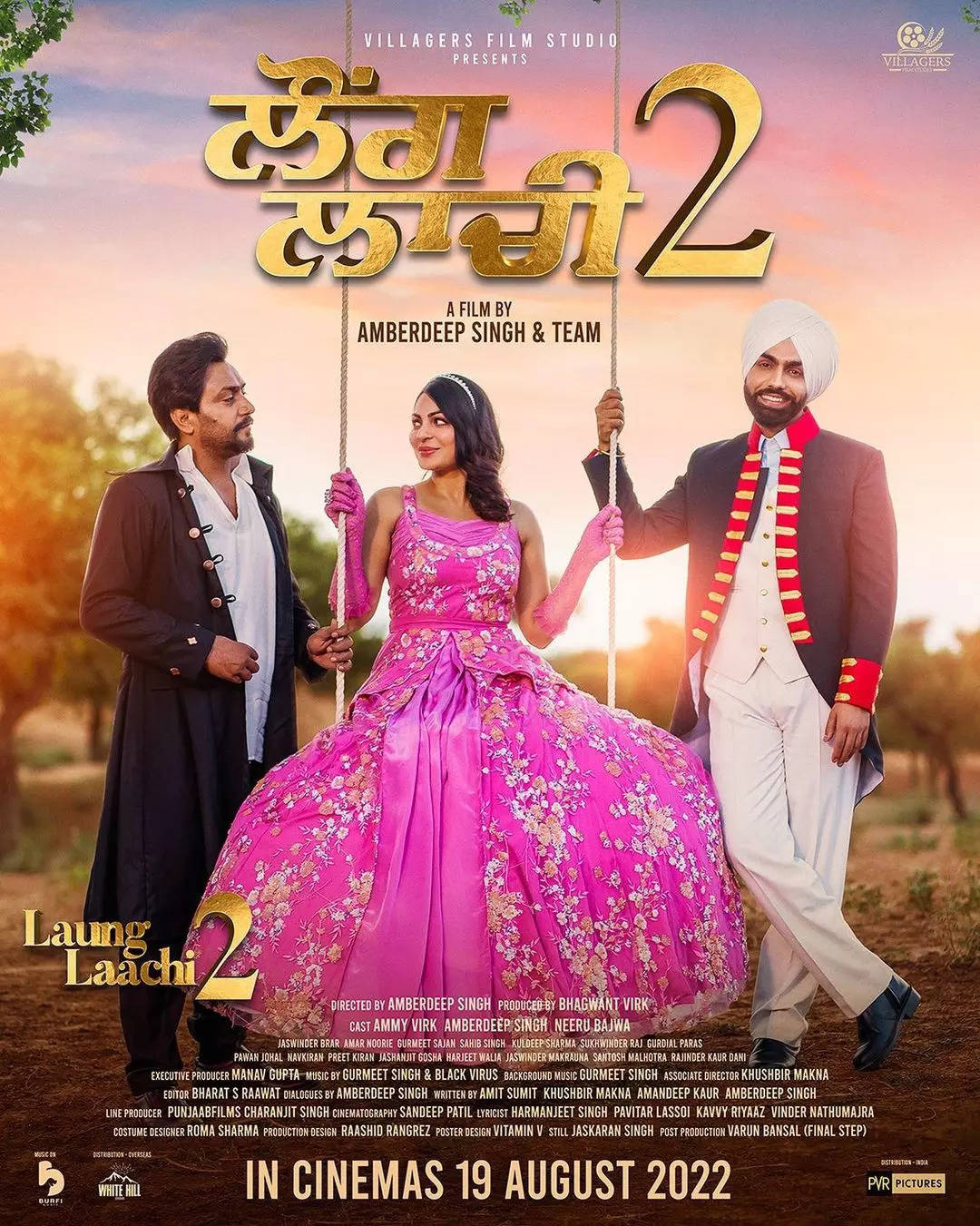 Releasing on August 19, in this movie Amberdeep Singh has donned various hats. He is the director and the dialogue writer of the movie, and he has worked on its script with Amit, Sumit, Khushbir Makna, and Amandeep Kaur.

Further, here’s an interesting fact about this first look. Before the poster came out, this look of Neeru Bajwa and Amberdeep was already revealed on social media, as they two shared a reel on their Insta handle carrying the very look. Now though the movie has been directed by Amberdeep Singh, that reel was directed by Neeru Bajwa, and it was one of the most entertaining clips on social media. Check it out here:

This reel is just a teaser, let’s see what this duo brings on the big screen.

- Advertisement -
This post contains affiliate links. If you use these links to buy something we may earn a commission. Thanks.”
Facebook
Twitter
Pinterest
WhatsApp
Previous articleNot Just the Dutch: Farmers Everywhere Fight for Survival Against Climate Change Activism
Next articleF.T.C. Sues to Block Meta’s Virtual Reality Deal