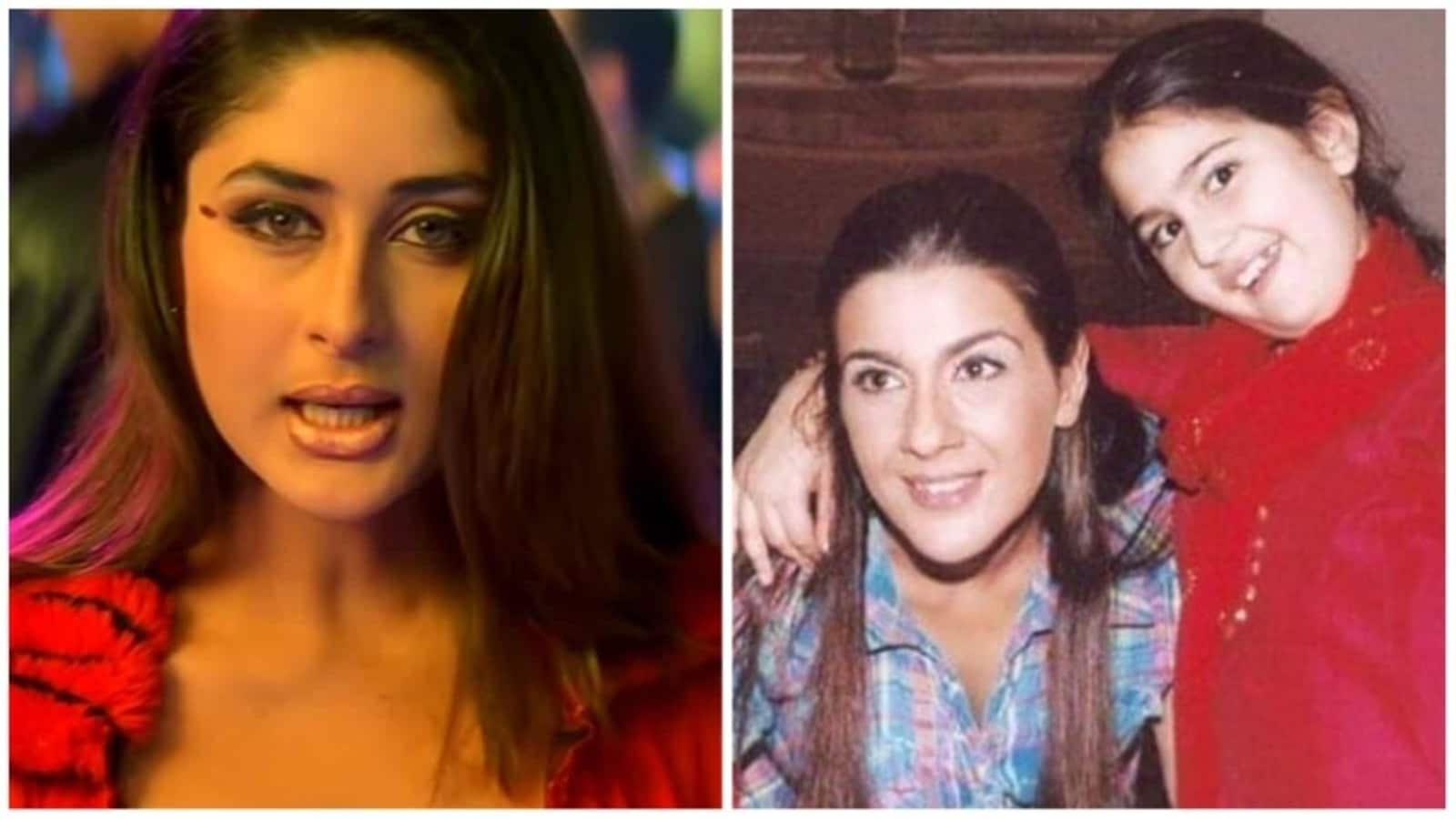 Kareena Kapoor and Aamir Khan graced the Koffee couch in the latest episode of Koffee With Karan and discussed how they manage their ‘modern’ families. During the episode, Kareena recalled how her step-daughter Sara Ali Khan has been a fan of her since childhood. Also Read| Koffee With Karan: Aamir Khan says despite divorce, he and Kiran Rao ‘will always be a family’

Saif Ali Khan has two children– son Ibrahim Ali Khan and daughter Sara Ali Khan, with his ex-wife Amrita Singh. Saif also shares two children with Kareena- sons Taimur Ali Khan and Jehangir Ali Khan. When Karan Johar asked Kareena about her friendly equation with both Ibrahim and Sara, who have grown up as fans of her, Kareena recalled a certain anecdote about Sara.

Kareena said, “I remember at the K3G trials, she (Sara Ali Khan) was hiding behind her mum. And Amrita was actually like ‘Sara really wants a picture because she’s such a big fan. She had loved Poo in KGG and ‘You are my Soniya’ so much.’ But I don’t know why people discuss so much about it, because I mean we are family, and like Aamir said if there’s love and regard and understanding. This is what it is. They are Saif’s children, they are his priorities.”

She further said about balancing different relationships in their family, “Why should it get difficult? Everyone has their time. Saif has had a child every decade, he balances it out beautifully, like he says. And it’s like if sometimes we’re all together, that’s great. Sometimes if he wants to have time alone, like a coffee or get an hour or two alone with Sara, he’ll always tell me. He’ll be like ‘I’m sitting with her. I’m going to be alone, I’m going to chill. I wanna give her that particular time.’ They’ve been on holidays together. I think it’s important for them to bond. They have everything but they have just one father. And it’s so important for Saif also to give each of his children that time. It doesn’t cross my mind the way people discuss it.”

Aamir and Kareena will be seen together on the screen in Laal Singh Chaddha. The film, which also stars Mona Singh and Naga Chaitanya, is scheduled to hit theatres on August 11.