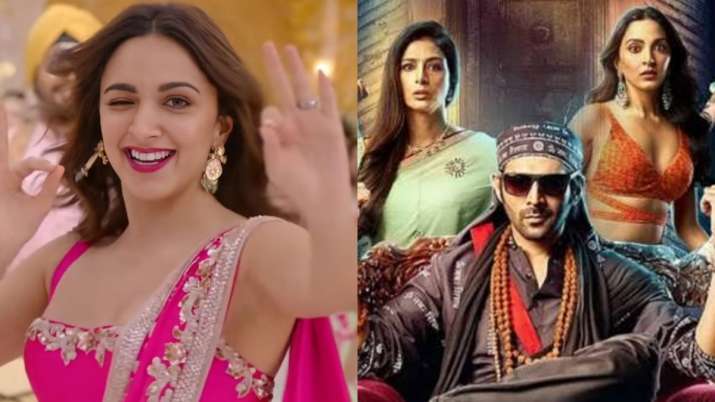 
Kiara Advani is overjoyed that her latest film, ‘Bhool Bhulaiyaa 2,’ has surpassed the 150 crore milestone. Expressing her excitement for the same, the ‘Shershaah’ actress shared a short dancing video, on her social media account. Taking to her Instagram handle, Kiara dropped a short video clip, where she could be seen grooving to the beats of Jug Jugg Jeeyo’s song ‘The Punjaabban’ with her team. Sharing the video, she wrote, “#teamki celebrating #BB2 success in Punjaabban style”.

‘Bhool Bhulaiyaa 2’, directed by Anees Bazmee, is on a winning streak, grossing over Rs 200 crore at the box office worldwide. Since its release, the Kartik Aaryan, Kiara Advani, Tabu, and Rajpal Yadav starrer movie has amassed almost Rs 157.07 crore in the Indian market.

Bhool Bhulaiyaa 2 follows the story of Ruhan (Aaryan), a fraud psychic who is brought in to deal with the apparent return of Manjulika in the Thakur palace, but he unintentionally aggravates problems. The film is the sequel to Bhool Bhulaiyaa starring Akshay Kumar, Shiney Ahuja and Vidya Balan in lead roles. ALSO READ:Bhool Bhulaiyaa 2 Box Office: Kartik Aaryan poses fierce challenge to Akshay Kumar’s Samrat Prithviraj

Kiara is preparing for the release of her upcoming flix, ‘JugJugg Jeeyo,’ and is going all out to promote it. Directed by Raj Mehta, the film features Anil Kapoor, Varun Dhawan, Neetu Kapoor, Maniesh Paul, and Prajakta Kohli. It is produced under Karan Johar‘s Dharma Productions brand. After several delays due to COVID19, the film is slated to hit the silver screen on June 24, 2022.

Next, she will appear in ‘RC-15’ with Ram Charan and in ‘Govinda Naam Mera’ alongside Vicky Kaushal.