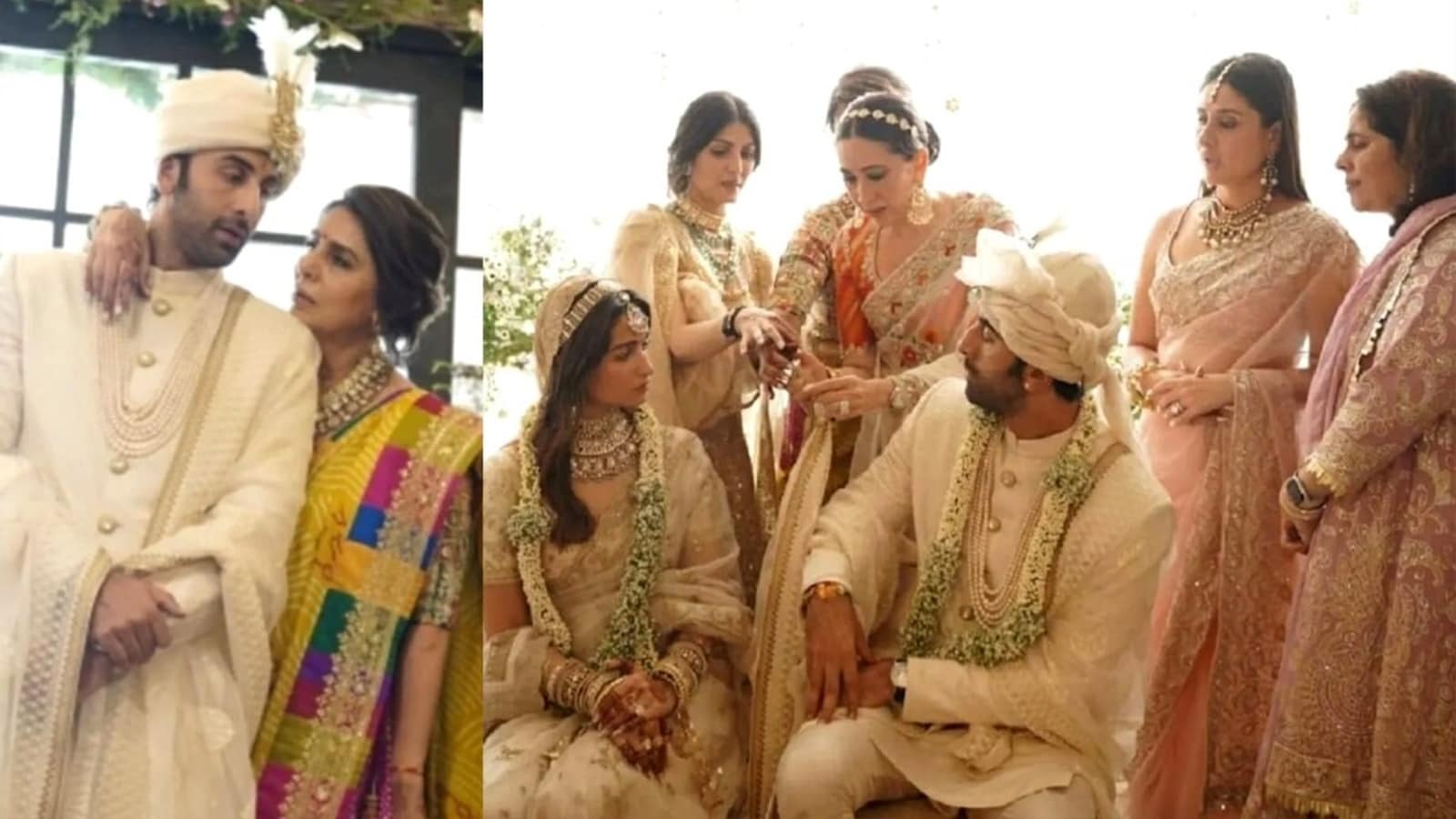 Riddhima Kapoor took to Instagram on Friday, a day after her brother Ranbir Kapoor tied the knot with Alia Bhatt, to share several interesting pictures from the wedding. While one picture shows sister Karisma Kapoor doing tying their wedding knot, another shows Ranbir Kapoor gearing up for the varmala ceremony with sister Riddhima Kapoor holding the garland. Also read: Kareena Kapoor, Riddhima Kapoor welcome Alia Bhatt into the family: ‘But you always were a part of it’

Ridhima decked up in a golden lehenga for Alia and Ranbir’s wedding. The bride and groom chose white for the occasion. A picture shows Ranbir’s sisters (Riddhima, Kareena, Karisma and Nitasha) all lined up during the pheras. Karisma seems to be the one who tied the couple’s knot before they could take their pheras. Another picture shows the priest directing the women to perform the ceremony in a certain way.

A picture from ahead of the varmala ceremony shows Neetu standing with her hand around Ranbir’s shoulder as they talk about something. Riddhima is seen standing beside them with the garland in her hands, along with aunt Rima Jain.

Riddhima shared tons of selfies with other guests as well. She shared candid selfies with Kareena and called her “favourite girl”. This was followed by her selfies with Alia’s mom Soni Razdan, Shaheen Bhatt, cousin Aadar Jain and one with uncle Karan Kapoor.

Alia and Ranbir got married in the presence of close family members and a few friends. The heavily-guarded wedding took place at Ranbir’s Bandra home, Vastu. None of the family members confirmed the exact wedding date until the celebrations began with a puja and mehendi ceremony on Wednesday.