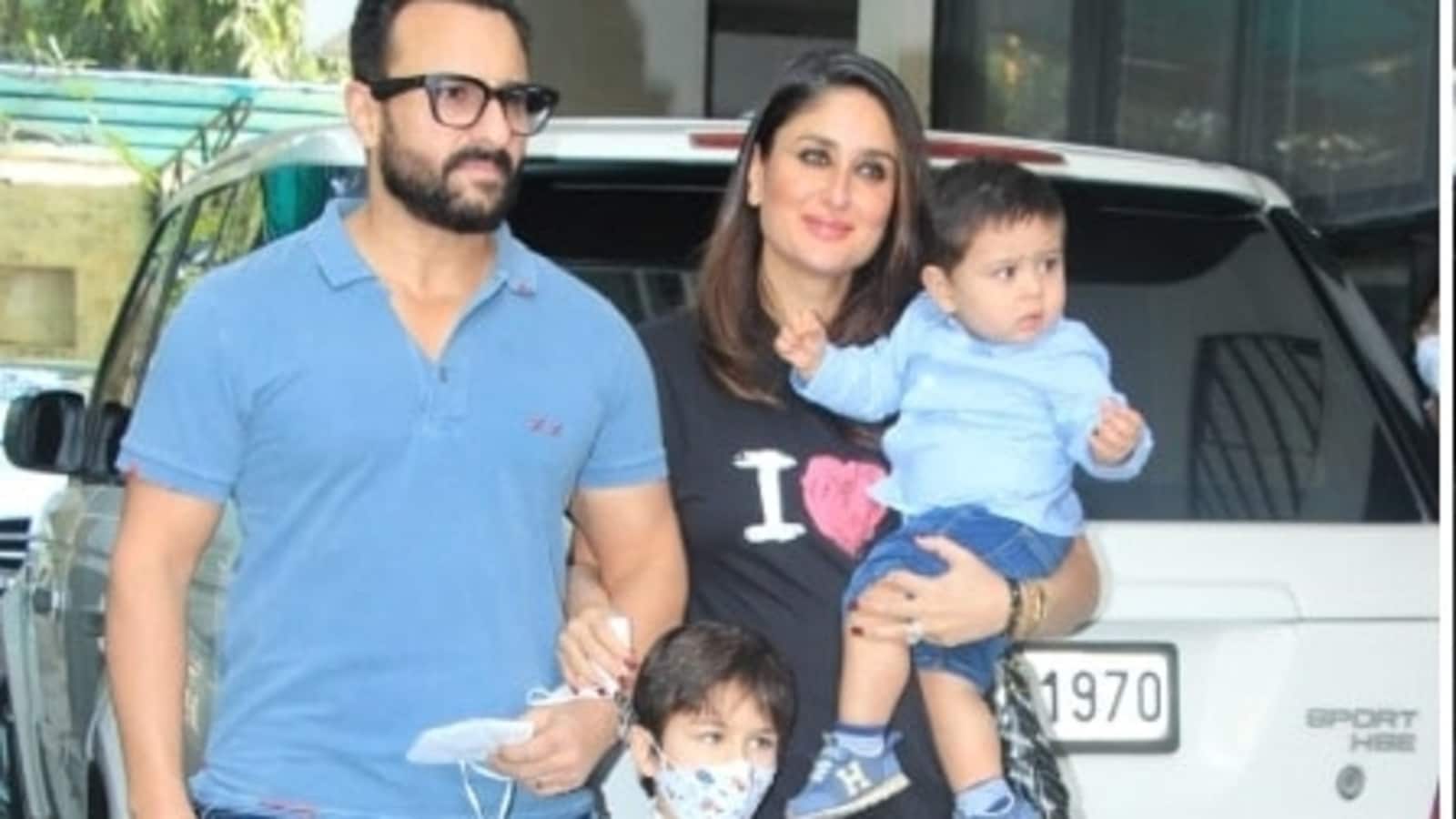 Kareena Kapoor shares why Saif Ali Khan doesn’t pose for paps like her and their kids Taimur, Jeh: ‘Now everyone knows’ | Bollywood


Saif Ali Khan and Kareena Kapoor make one of the most famous celebrity couples, and are often followed by the paparazzi on their outings. Their two children, Taimur Ali Khan, and Jeh Ali Khan have gained a fan following of their own with their pictures. However, it has emerged that Saif reportedly does not enjoy posing for the paparazzi as much as his wife Kareena, and their two sons. Also Read| Saba Ali Khan shares ‘cutest pic’ of nephew Jehangir Ali Khan as he poses in shades, see here

Kareena Kapoor recently shared a profile on her husband that said that he does not like to pose for pictures as he is a powerful persona that also knows the tact of understatement. Kareena joked that now everyone knows why Said doesn’t pose for the paparazzi.

Kareena had shared a profile of Saif from Hello magazine, that read, “The Nawab of Pataudi, son of Sharmila Tagore and Nawab Mansoor Ali Khan Pataudi, and an actor who seems to fit each of his roles like glove to hand, Saif Ali Khan is cordon-bleu royal. While his family, Kareena Kapoor Khan and two sons Taimur and Jehangir are a paparazzi’s delight, keeping the cameras going, Khan’s is a powerful persona that also knows the tact of an understatement.”

Posting a snap of the profile on Instagram Stories on Tuesday, Kareena wrote, “Now everyone knows why you don’t pose for the paps,” adding a series of laughing emojis. She also added two red heart emojis.

Saif had previously opened up about the impact of the paparazzi on his and his family’s life. Ahead of the birth of Jeh, his fourth child, Saif had said that he understands the paparazzi is doing its job, and has taught his son Taimur to be polite towards them. Saif told Pinkvilla, “He (Taimur) understands, I mean, he smiles and waves and he likes camera flashes but it’s just something he’s always seen so he doesn’t think about it.”

On the work front, Saif will be next seen in Vikram Vedha, co-starring Hrithik Roshan. The film, which will also star Radhika Apte and Rohit Saraf in pivotal roles, is set to release in theatres on September 30 this year. Kareena will be seen in Laal Singh Chaddha, which stars Aamir Khan in the titular role. She will also make her OTT debut with a yet-untitled film.