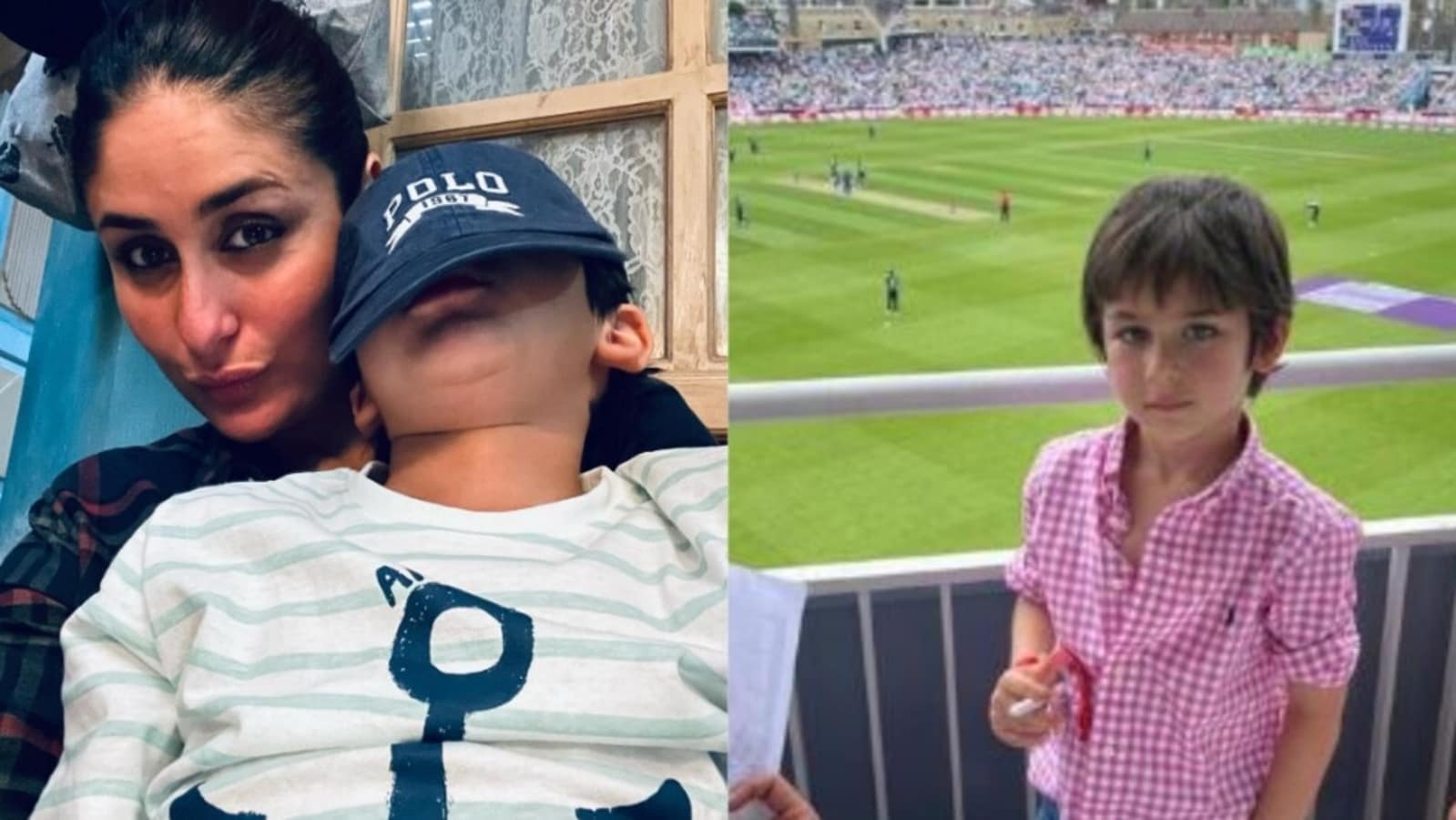 
Actor Kareena Kapoor on Tuesday gave a glimpse of her elder son Taimur Ali Khan as the family went to watch the India vs England ODI cricket match in London. Taking to her Instagram Stories, Kareena posted a photo as Taimur Ali Khan posed for the camera at The Oval. In the photo, Taimur wore a checked white and red shirt and paired it with blue denims and sneakers. (Also Read | Kareena Kapoor, Taimur Ali Khan accompany Saif Ali Khan to his boarding school)

Taimur stood behind a chair as a person sat next to him. The field with players was seen in the background. Sharing the photo, Kareena wrote, “My first match (red heart emoji) India vs England (red heart emoji).” The game was part of the Indian cricket team’s ongoing tour of England. India defeated England by 10 wickets in the game on Tuesday.

In another photo, Taimur sat next to his father-actor Saif Ali Khan. The actor wore a pink shirt, brown blazer, denims and dark sunglasses. While Saif smiled looking towards the field, Taimur made a face. Sharing the photo, Kareena wrote, “What are you doing Tim? (laughing and red heart emojis).”

The Test series between India and England, when contested in England, is called the Pataudi Trophy. It is named after Taimur’s great-grandfather and Saif’s grandfather Nawab of Pataudi Ifthikar Ali Khan, who played for both England and India. The Pataudi Trophy recently concluded with the fifth and final Test played at Edgbaston earlier this month.

Kareena and Saif have been in the UK for almost a month now. They have been travelling across the country and also spending time with family and friends. Recently, their close friend Alexandra Galligan shared pictures of the couple. Alexandra also shared a selfie of Kareena with her younger son Jehangir Ali Khan. She captioned the photo, “Sunday vibes … chilling whilst chef Ali khan is hard at work in the kitchen!”

Kareena will next be seen in Laal Singh Chadha opposite Aamir Khan. The film is slated to release on August 11. She also recently wrapped up shooting her OTT debut project helmed by Sujoy Ghosh. The film is based on the Japanese novel The Devotion of Suspect X, which also stars Jaideep Ahlawat and Vijay Varma in the lead roles.