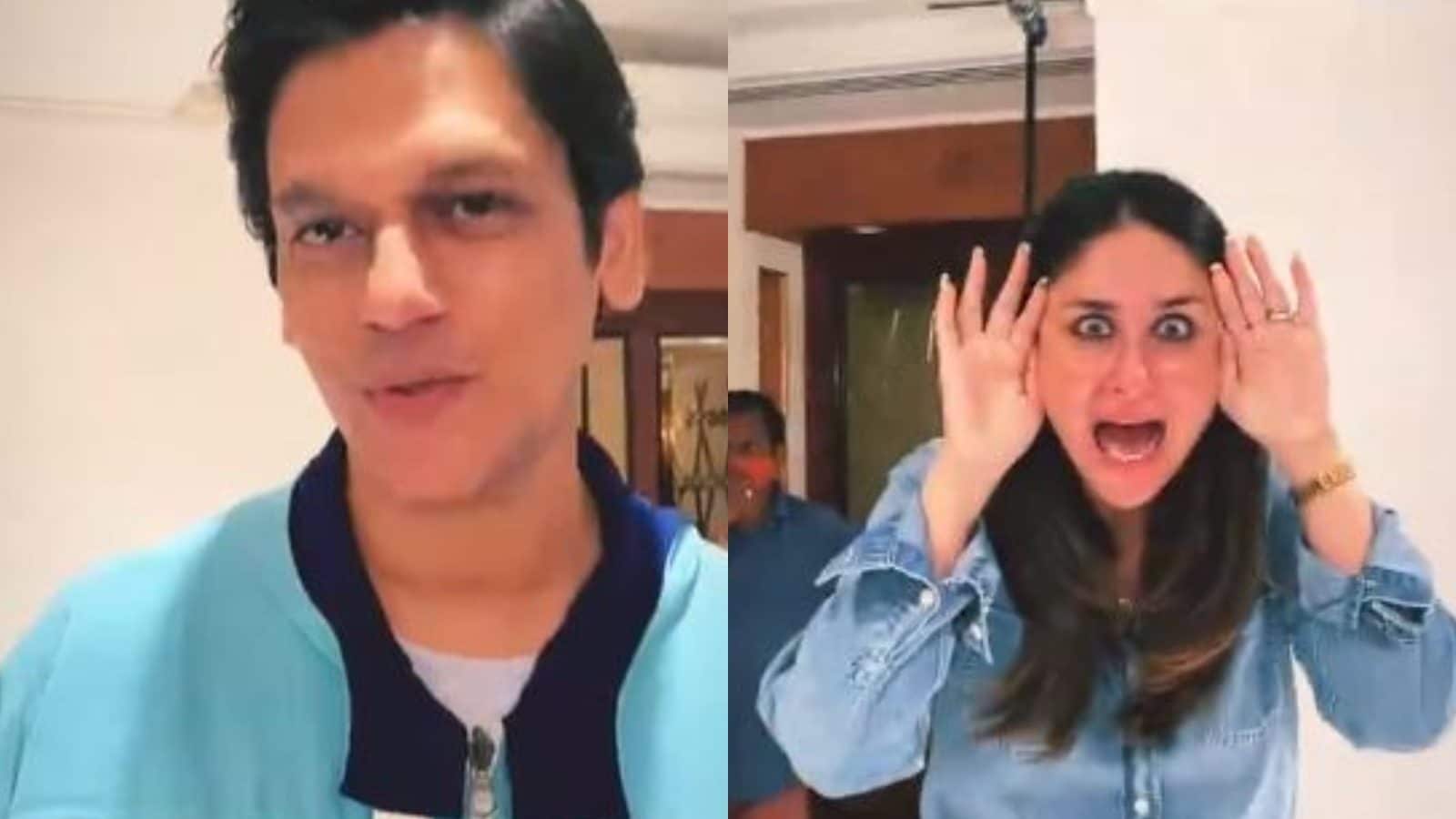 In his latest Instagram Reel shared by the Gully Boy actor, Vijay Varma can be seen repeating Kareena Kapoor Khan’s iconic dialogue from the 2001 film K3G.

Working with Bollywood actress Kareena Kapoor Khan has got actor Vijay Varma to finally live his dream as a Kabhi Khushi Kabhie Gham fan. In his latest Instagram Reel shared by the Gully Boy actor, Varma can be seen repeating Kareena’s iconic dialogue from the 2001 Karan Johar directorial. The Reel starts with Varma repeating Kareena aka Poo’s iconic dialogue from K3G, “Kaun hai jisne dobara mudh ke mujhe nahi dekha?” and tweaking it a bit by asking: “Who is she?” As Varma turns his gaze the camera pans to Kareena, who reacts to Varma’s dialogue.

The actress is spotted in a denim on denim look. Wearing a blue denim button-down shirt, Kareena amped up her style with a matching blue denim pair of pants and a black belt. Kareena wore a goofy expression and winked at the camera as she reacted to Varma’s homage to the actress’ most memorable onscreen role. Sharing the Reel on the social media platform, Varma wrote in the caption. “The only Gag I ever wanted to play with Kareena Kapoor Khan, the only and ultimate Poo. From behind the scenes of The Devotion Of Suspect X.”

Kareena and Varma are working together on the upcoming Netflix Original which also stars Jaideep Ahlawat. The project, directed by Sujoy Ghosh, is titled The Devotion Of Suspect X, which is based on Japanese author Keigo Higashino’s novel by the same name. The Devotion Of Suspect X was the third novel in Higashino’s Detective Galileo series and is his most acclaimed work thus far.

Kareena had shared a glimpse of the table reading of the upcoming project in an Instagram post shared last month. The black and white video shared by Kareena showed how the cast and crew of the project went through the script. Sharing the video on Instagram Kareena added to the caption, “And so it begins.”