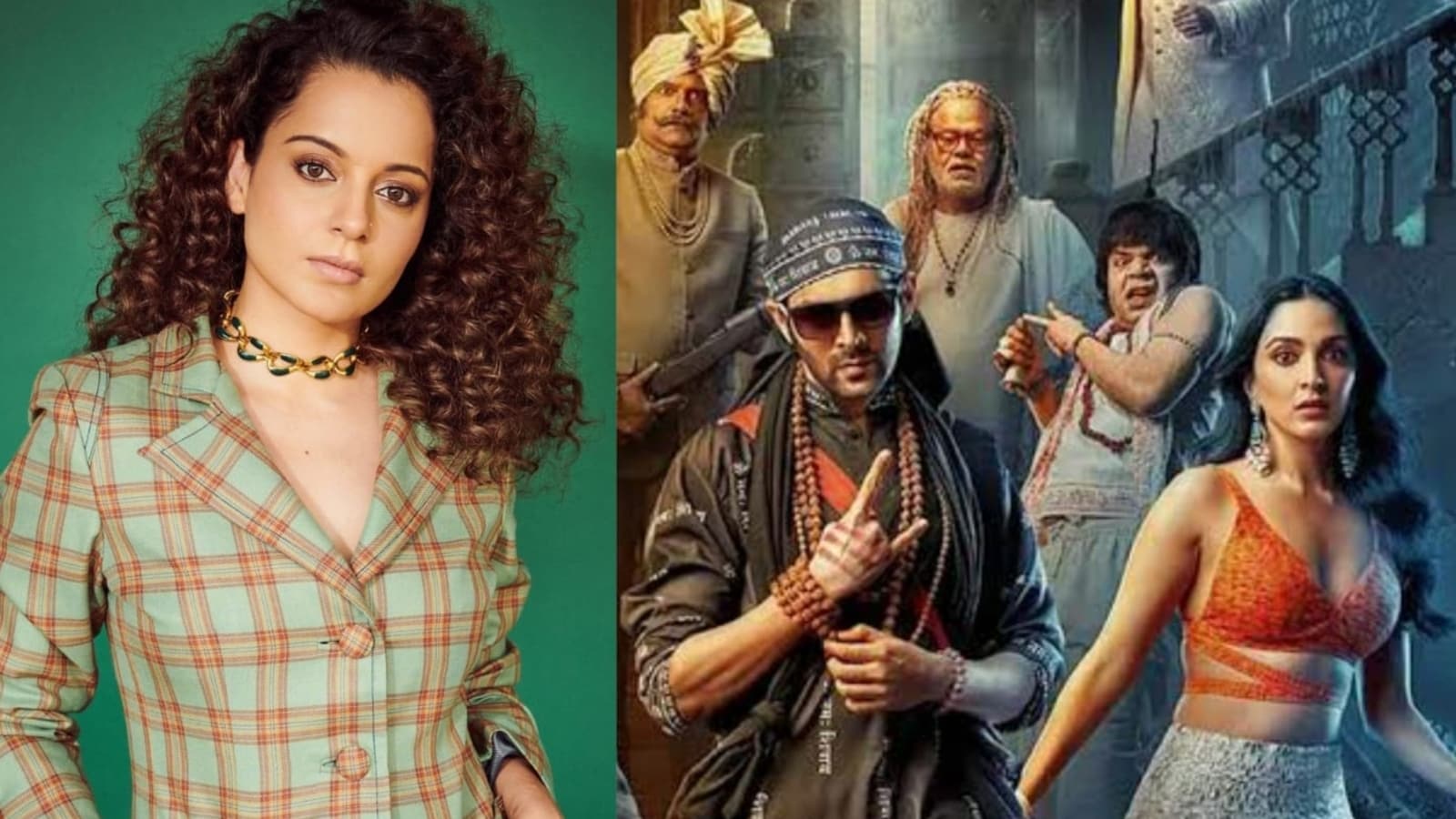 Kartik Aaryan and Kiara Advani-starrer Bhool Bhulaiyaa 2 has raked in ₹14 crore at the box office on its opening day. This is the best opening by a Bollywood film since Sooryavanshi last year, ending a long period of disappointment for the Hindi film industry. Actor Kangana Ranaut has congratulated the actors and the entire team of the film for ending the ‘dry spell at the Hindi box office’. Incidentally, Kangana’s own film Dhaakad also released alongside Bhool Bhulaiyaa 2. While the final trade figures for Dhaakad aren’t out yet, initial estimates have indicated a disappointing opening for the film. Also read: Bhool Bhulaiyaa 2 box office day 1 collection: Film becomes Kartik Aaryan’s biggest opener, earns ₹14 crore

Earlier, film trade analyst Taran Adarsh had shared that Bhool Bhulaiyaa 2 has received a “fantastic” opening at the box office with a total business of ₹14.11 crore in India. He also noted that the film has become Kartik Aaryan’s biggest opener. Some other recent Hindi releases haven’t fared so well though. The last Bollywood release was the Ranveer Singh-starrer Jayeshbhai Jordaar, which could only collect ₹3 crore on its opening day. The numbers for Ajay Devgn’s Mayday, John Abraham’s Attack, Shahid Kapoor’s Jersey, and Tiger Shroff’s Heropanti 2 were similar.

The last Hindi film to do well was Sanjay Leela Bhansali’s Gangubai Kathiawadi. The Alia Bhatt-starrer made ₹10 crore on its opening day in February. It eventually did a lifetime business of ₹209 crore.

The only films that have worked in the Hindi-speaking regions of the country in the past few months are the dubbed versions. Telugu film RRR’s Hindi version opened with ₹20 crore on day one, while Kannada film KGF: Chapter 2 broke all records with a massive ₹54 crore opening day for the Hindi-dubbed version alone. Marvel’s Doctor Strange in the Multiverse of Madness has also done well in the north.