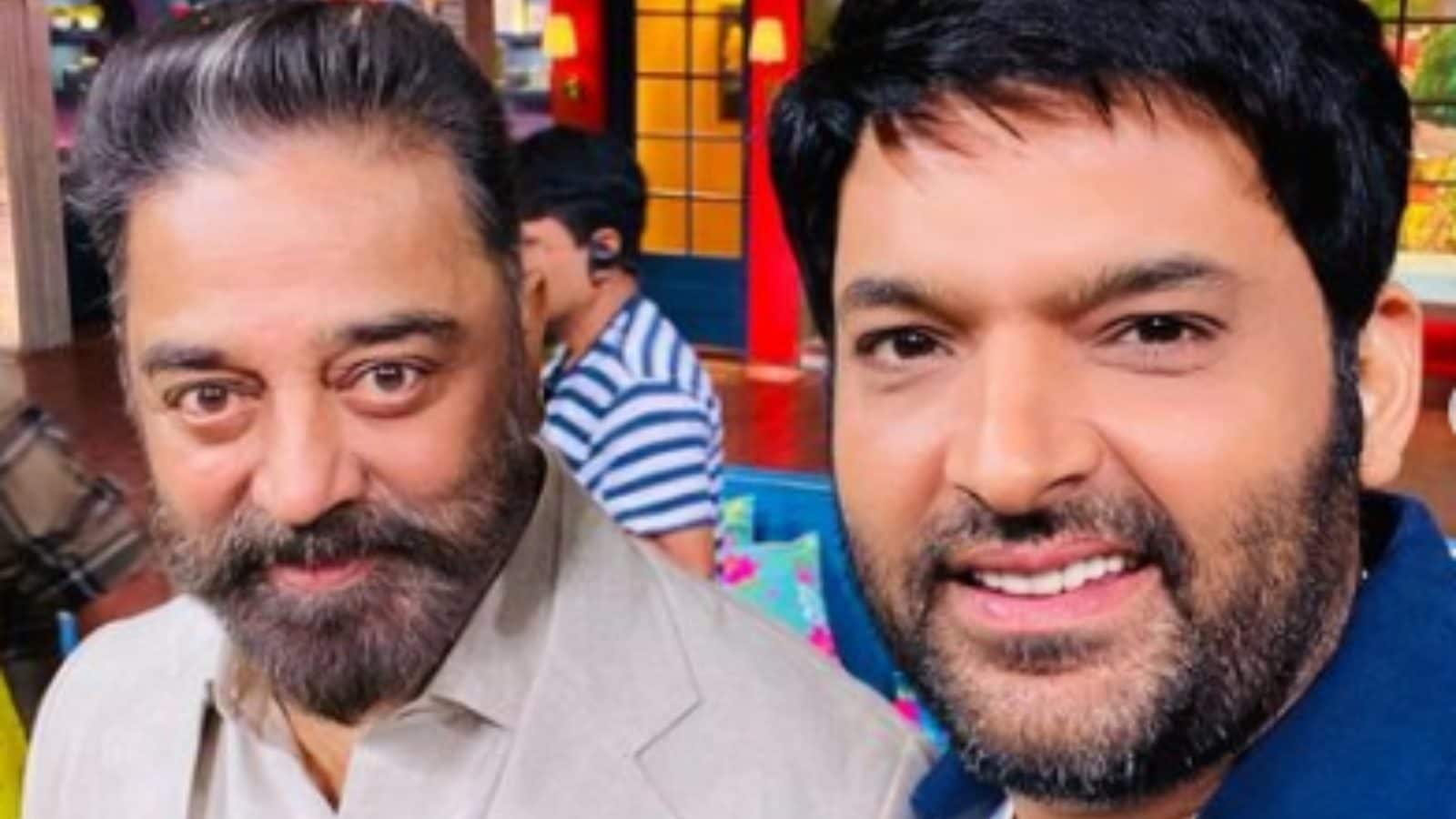 
Tamil star Kamal Haasan will soon be seen on The Kapil Sharma Show promoting his upcoming movie Vikram. Social media posts shared by many paparazzi on Thursday showed Kamal on the sets of The Kapil Sharma Show. The 67-year-old actor posed with Kapil as the paparazzi requested the two celebrities to smile for the camera together.

For the upcoming episode, Kamal was seen dressed in an off-white jacket and matching button-down shirt. The actor wore a pair of denim pants and white sneakers to complete the look. Meanwhile, comedian Kapil was dressed in an all-black attire comprising a t-shirt and a pair of pants. The show host wore royal blue boots and a pair of sunglasses to complete the look. The duo posed for paparazzi and even shared a side hug.

Comedian and actor Kapil Sharma also shared some pictures with the actor. Captioning it, he wrote, “When your dream comes true wonderful time spent with the legend of our film industry Mr @ikamalhaasan what an actor n what a great human being.Thank you for gracing our show sir best wishes for #vikram love n regards always.” See the post here:

Kamal will be starring in the Lokesh Kanagaraj directorial which also stars two of the most renowned Tollywood stars – Vijay Sethupathi and Fahadh Faasil. The movie features the seasoned performers in a new intense role and some realistic action sequences. Kanagaraj has taken the title of the movie from Kamal’s 1986 action movie of the same name. Vikram has music by Anirudh Ravichander. The film is backed by Kamal’s Raaj Kamal Films International.

Earlier in March, Kanagaraj had announced via Twitter that the production of the movie had been completed. Sharing a video clip featuring Fahadh along with the crew of Vikram, the filmmaker tweeted, “After 110 days of shoot it’s a wrap. Thanks to the entire cast and crew for the extraordinary effort.”

Besides the three actors, Vikram also stars Shivani Narayanan, Kalidas Jayaram, Narain, Antony Varghese, and Arjun Das in pivotal roles. The cinematography for the movie has been handled by Girish Gangadharan, with editing by Philomin Raj. Vikram is an upcoming pan-India offering from Tamil cinema industry and is slated to release on June 3.