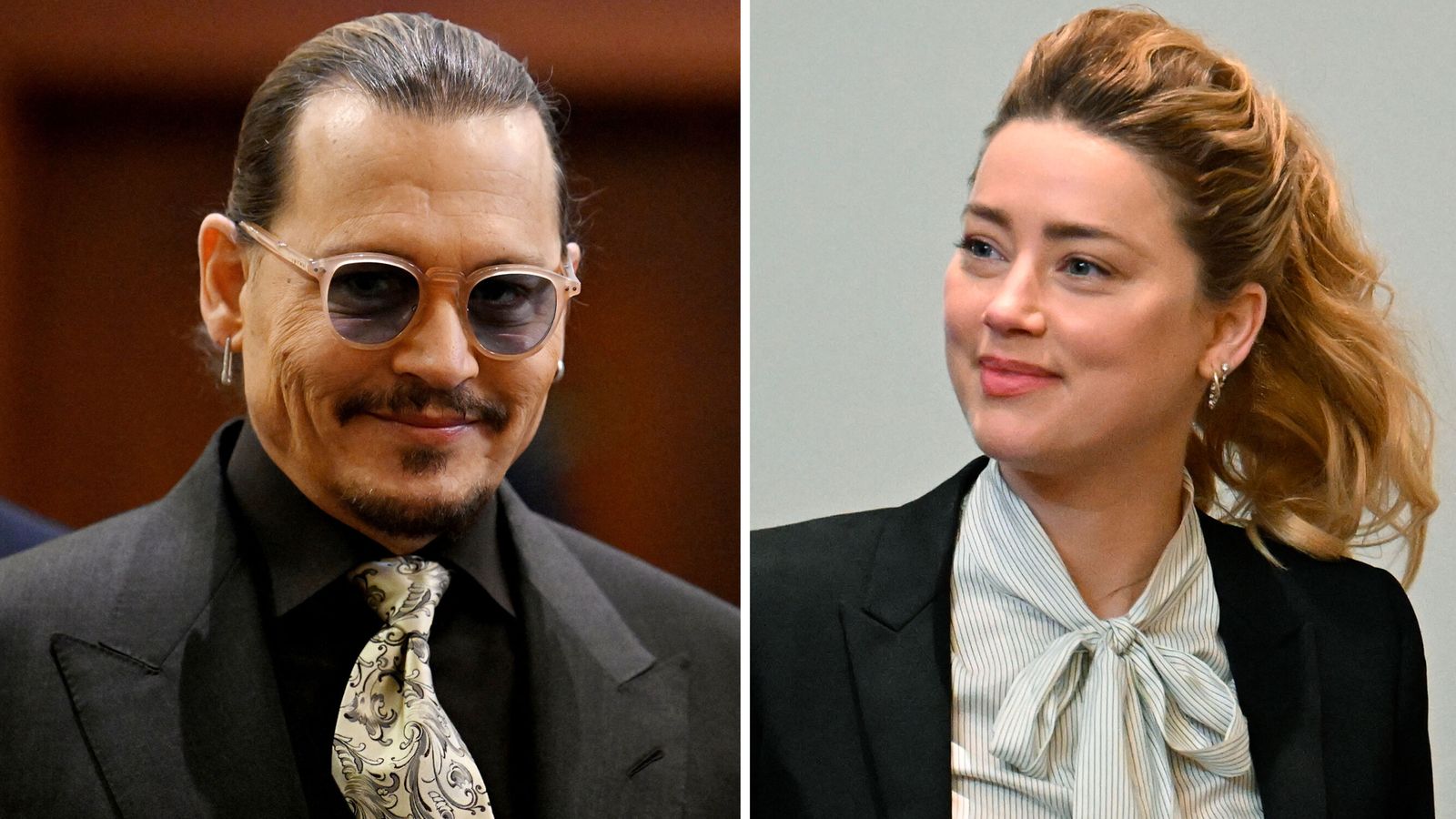 Johnny Depp has told a court his ex-wife Amber Heard’s allegations of domestic violence and sexual abuse are “heinous and disturbing” – and that he is “obsessed” with getting to the truth.

Giving testimony for the first time on the fifth day of the libel trial, Depp began by admitting he and Heard argued during their relationship but said he “never” reached the point of hitting her – and “nor have I ever struck any woman in my life”.

He told the jury in Fairfax, Virginia, that his ex-wife’s allegations had “permeated” the entertainment industry and become “a global, let’s say ‘fact’, if you will”.

The actor said he felt he had to stand up for himself and his two children, who were teenagers when the claims were first made public.

“I felt it was my responsibility to clear my name and my children of this horrid thing that they were having to read about their father,” he said.

“My goal is the truth, because it killed me that people I’d met over the years… would think that I was a fraud and had lied to them”.

He went on to reference his current standing in Hollywood compared with his lucrative career before the allegations were made.

“It’s very strange when you’re Cinderella, so to speak, and then in zero seconds you’re Quasimodo. I didn’t deserve that. I pride myself on honesty and truth. Truth is the only thing I’m interested in, lies will get you nowhere. I’m obsessed with the truth,” he said.

The former couple started dating after meeting on the set of the 2011 film The Rum Diary, and married in Los Angeles in February 2015.

Heard obtained a restraining order against Depp in May 2016 after accusing him of abuse, which he denied, and the pair settled their divorce out of court in 2017.

Many of the witnesses involved in this case were previously called to give evidence in Depp’s 2020 trial in London, in which he sued the publisher of The Sun newspaper over an article that referred to him as a “wife-beater”.

The judge in that case found the claims in the article to be “substantially true” and Depp was later refused permission to appeal the case at the Court Of Appeal.