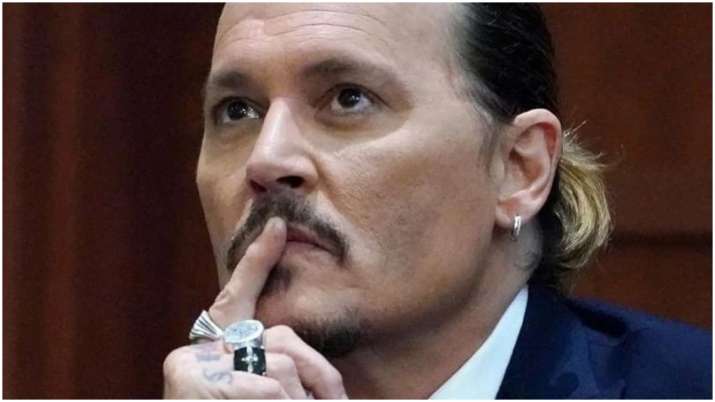 
On day four of Johnny Depp and Amber Heard’s trial, the actor left everyone laughing hard in the courtroom. When asked, Depp failed to name his movies in the Virginia court and could come up with only one film– Alice in Wonderland. At his response, all the attendees couldn’t help but have a hearty laugh. Johnny’s legal team was completing their follow-up questioning after his cross examination was completed.

According to media reports, Johnny held a smile on his face and said, “I’m so pathetic when it comes to knowing what movies I’ve done. I’m sorry. I just, I don’t watch them. I feel better not watching them. What was the question again?” As laughter echoed in the courtroom, Judge Azcarate reprimanded all saying, “Order in the court or I will have you removed. Understood? Thank you.”

Depp has launched a legal battle against Heard after she penned a Washington Post op-ed in 2018 stating that she is a survivor of domestic abuse. Although Heard did not mention Depp (58) by name in the column, she accused him of domestic violence after filing for divorce in 2016.

Depp is pursuing a USD 50 million defamation lawsuit against Heard. Her plea to dismiss the suit after Depp lost his libel case in the UK was denied.

In November 2020, Depp lost a UK libel case against the publisher of The Sun, a British tabloid that alleged he was a “wife beater” in a 2018 article.

The judge ruled that the words were “substantially true”.

Later Heard requested that Depp’s defamation suit filed against her in the U S be dismissed after the UK verdict came out, since both lawsuits involve allegations of Depp as an abuser.
However, the Virginia court ruled that the two cases and statements were “inherently different”.

Depp has since argued that Hollywood is “boycotting” him, pointing to the long-delayed release of his biopic “Minamata”.

Since his losing the UK lawsuit, the actor also also exited the Warner Bros franchise “Fantastic Beasts and Where to Find Them”, where he had played the main antagonist role of Gellert Grindelwald in two films.

Mads Mikkelsen was later recast in the role for the upcoming third film titled “Fantastic Beasts: The Secrets of Dumbledore”, which was released in the UK on April 8.