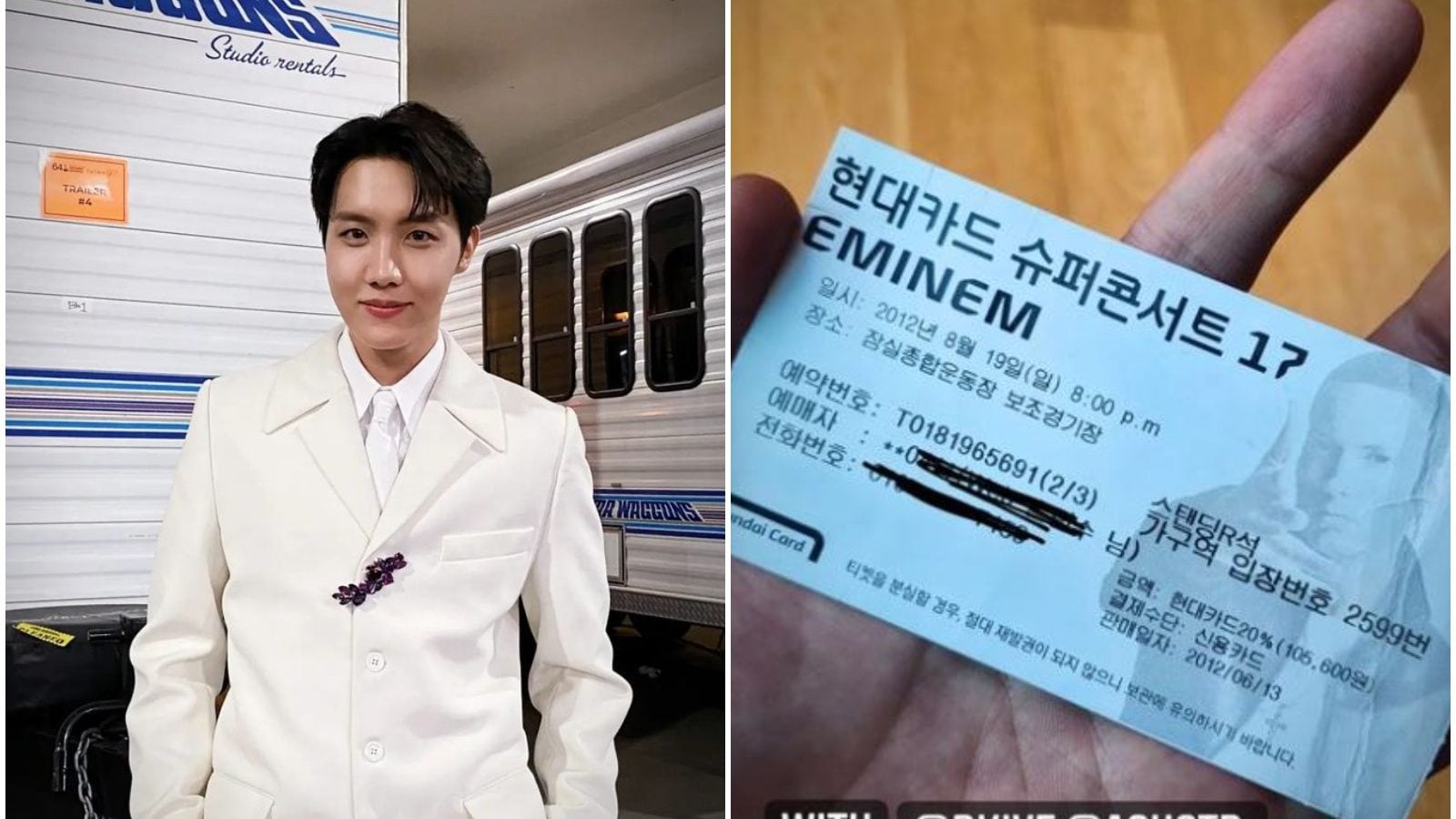 BTS’ dance leader J-Hope is also a master of the social media game. The dancer-rapper always has some or the other surprise in store for his Instagram followers. Now, he has made a major deep dive into his memories and pulled out some souvenirs that ARMY can’t stop gushing about. On his Instagram stories, J-Hope (real name Jung Hoseok) shared a bunch of photos from their Red Bullet Tour, then a birthday card that fellow BTS member Jimin wrote him, and a ticket to Eminem’s concert in 2012.

The first story was a collection of printed photographs BTS had taken with ARMYs during their Red Bullet Tour in 2014-15. The Red Bullet Tour was the first concert tour headlined by the South Korean boy band to promote their 2 Cool 4 Skool (2013) debut single album, O!RUL8,2? (2013) EP, Skool Luv Affair (2014) EP, and Dark & Wild (2014) studio album. The tour began on October 17, 2014 in South Korea and initially visited six cities in Asia. Its world tour extension began on June 6, 2015 in Malaysia and toured Australia, North America and Latin America before ending in Hong Kong that August.

In the next story, the Blue Side singer shared an old birthday card Jimin had given him. Hobi didn’t specify which year it was from, but simply said, “When we were young.”

Lastly, he shared an old ticket from an Eminem concert that he attended in 2012. J-Hope tagged BTS members RM and Suga in the photo, implying he went to the concert with them. BTS was yet to make their debut as a band in 2012.

J-Hope is among the first BTS members to have figured out how Instagram works, while some other members are still struggling. Eldest member Kim Seokjin recently learned how to tag people, and Hobi used the chance to tease their ‘madhyeong’. He commented, “Wow our hyung knows how to tag people.”