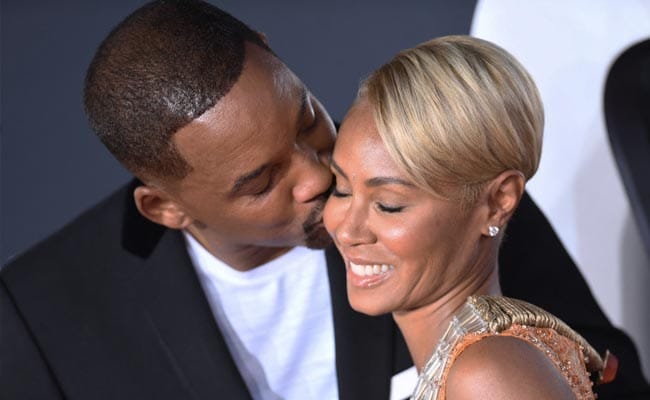 Inside Will Smith And Jada Pinkett’s Turbulent, Unconventional Life

Will Smith and Jada Pinkett at an event (Image Credit: AFP)

We already knew way more than we wanted to about Will Smith and Jada Pinkett’s life together before his public assault on presenter Chris Rock at the Oscars. The couple have hogged headlines in the last couple of years by publicly discussing affairs, their struggle with monogamy, a 40th birthday party that blew up in their faces, and sundry issues about their life together. Through it all, Will and Jada remained together and have been married for 25 years – if they seem committed to oversharing, they also seem committed to each other, regardless of the rumours of an ‘open’ marriage that they have shot down.

Their unconventional marriage had an unconventional beginning. Way back in 1991, Will Smith saw Jada Pinkett on the TV show A Different World and went to the set hoping to meet her. He ended up meeting Sheree Zampino instead and they married the next year. He did, however, connect with Jada after all – she auditioned to play his girlfriend on The Fresh Prince Of Bel-Air and while the role went to actress Nia Long, sparks flew for real. Will and Sheree divorced in 1995, he and Jada married in 1997, later welcoming son Jaden and daughter Willow.

By his own account, things between Will Smith and Jada Pinkett were explosive. In his memoir, the 53-year-old actor wrote: “We drank every day, and had sex multiple times every day, for four straight months. I started to wonder if this was a competition. Either way, as far as I was concerned, there were only two possibilities: (1) I was going to satisfy this woman sexually, or (2) I was going to die trying.”

It’s just one of the many things we didn’t want to know about Will and Jada’s love life but they insisted on telling us anyway. What happens in their bedroom fails to stay in the bedroom because of Jada’s chat show Red Table Talk and various interviews in which one or other of the couple routinely discuss everything from infidelity onwards. In a 2013 interview with HuffPost, Jada, 50, said, “I think that people get that idea because Will and I are very relaxed with one another. But I’ve always told Will: ‘You can do whatever you want as long as you can look at yourself in the mirror and be OK.””

Her comment prompted rumours the couple were in an ‘open’ marriage, something denied in a Facebook post, writing: “Here is how I will change my statement…Will and I BOTH can do WHATEVER we want, because we TRUST each other to do so. This does NOT mean we have an open relationship…this means we have a GROWN one.”

In 2020, the many rumours that both Will and Jada had cheated coalesced after rapper August Alsina claimed to have had a romantic relationship with Jada for over four years. She later admitted on Red Table Talk that this was true, calling it an “entanglement” but denying that Will had given them his blessing as August claimed. “We decided that we were going to separate for a period of time and you go figure out how to make yourself happy and I’ll figure out how to make myself happy,” Will Smith said on Red Table Talk.

“From there, as time went on, I got into a different kind of entanglement with August…Yes, it was a relationship absolutely,” Jada Pinkett said, adding, “One thing I want to clean up…about you giving ‘permission,’ which is…the only person that can give permission in that circumstance is myself.”

Jada Pinkett and August Alsina at the BET Awards in 2017 (Image credit: AFP)

The party Will Smith threw for Jada Pinkett’s 40th birthday 10 years ago also put strain on the marriage. Three years went into planning the three-day affair and included a performance by Mary J Blige after a dinner where pictures of the birthday girl were displayed on a 20-foot archway. Far from being moved, Jada was horrified, calling the party “the most disgusting display of ego” she had seen and demanding that the rest of the birthday events be cancelled.

In his memoir, Will Smith recalls having told Jada Pinkett after the birthday fiasco, I retire. I retire from trying to make you happy … I quit – you go do you, and I’m-a go do me.” While they rejected the notion of a divorce, they did spend time apart, Will revealed.

Their combustible binary was on display at the Oscars this week when Will Smith marched up to presenter Chris Rock and slapped him for joking about Jada Pinkett’s alopecia-related hair loss.