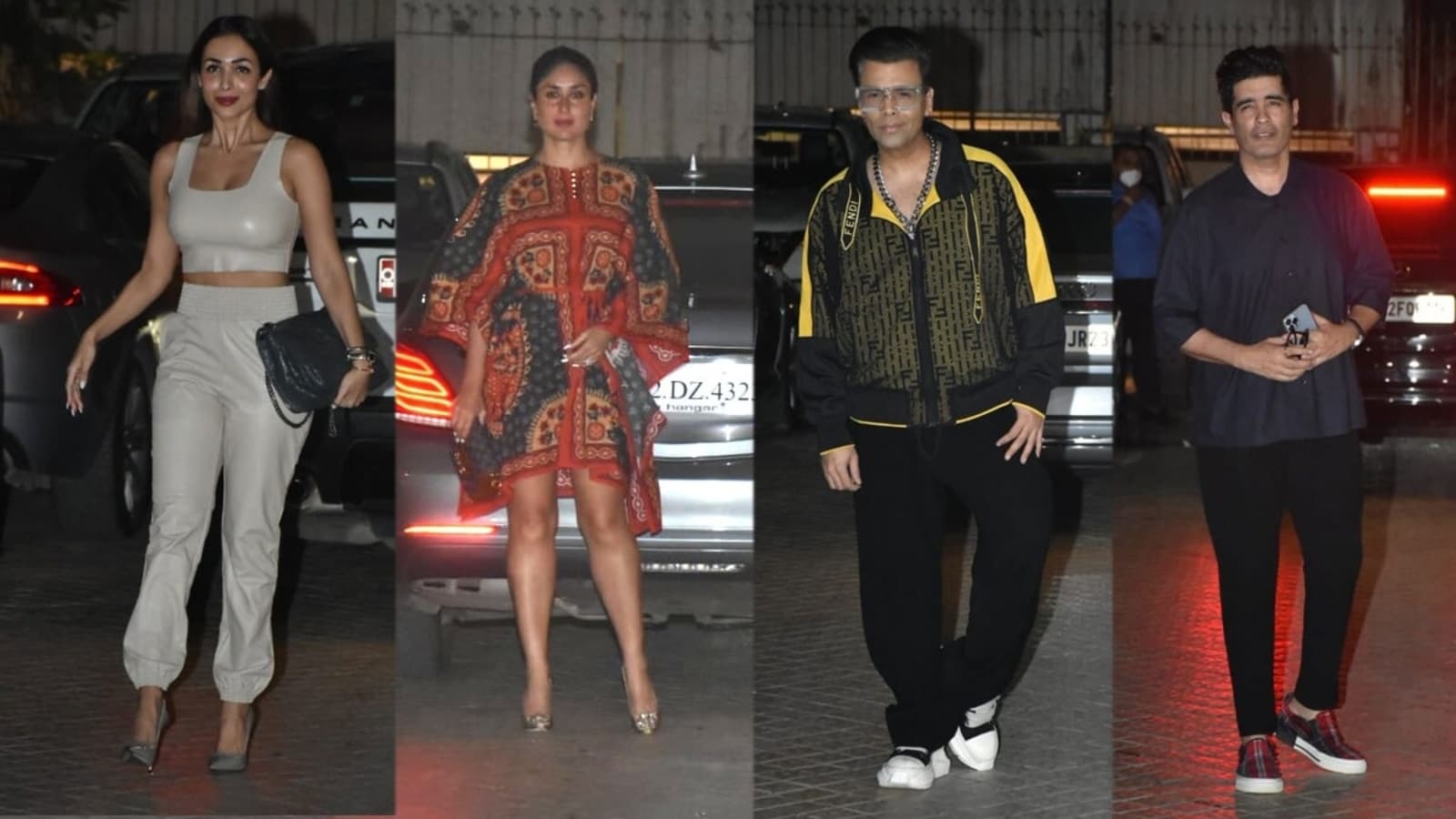 Kareena Kapoor and her group of BFFs came together for a dinner at Karisma Kapoor’s house on Thursday. Among them were Malaika Arora, filmmaker Karan Johar and fashion designer Manish Malhotra. Malaika also shared a few pictures on her Instagram Stories to share a sneak peek at all that happened at the dinner. Also read: Malaika Arora says it took her ‘some cajoling’ to attend Ranbir Kapoor, Alia Bhatt’s wedding bash. Here’s why

Malaika was spotted in a silver-grey co-ord set with matching stilettos. Kareena arrived in a colourful short kaftan dress with shimmery heals. Karan was in a trendy black and yellow tracksuit while Manish was in simple casuals.

While Karisma did not step out of her house, Malaika shared a picture on her Instagram Stories which seem to have Karisma in frame. She shared a picture of two pair of feet, one of hers and the other in yellow heels (possibly Karisma) and captioned it, “Footsie.” She also shared a picture of the dining table with an elaborate meal for the guests. She wrote, “Ufff yummmmm @therealkarismakapoor.”

Their other BFF, sociallite Natasha Poonawalla was not spotted. Natasha was recently busy with the Met gala where she walked the ramp in a Sabyasachi saree with a dramatic golden corset. Malaika, Amrita, Kareena to Karisma gave her a shoutout via Instagram. Kareena wrote for her on her Instagram Stories, “The one and only. Ufffff. Love love love,” while Karisma wrote, “That’s my girl (golden heart emoji). Amazing.” Malaika said, “Woah woman you nailed it,” whereas Amrita commented, “That’s how it’s done!”

Among the BFFs, Kareena is the only one who is currently acting in films. She is all set to begin promotions for her upcoming film Laal Singh Chaddha, starring Aamir Khan in the titular role. She is also set to make her OTT debut with a Netflix film, to be directed by filmmaker Sujoy Ghosh. Karan is currently working on his directorial comeback, Rocky Aur Rani Ki Prem Kahani, starring Alia Bhatt and Ranveer Singh.