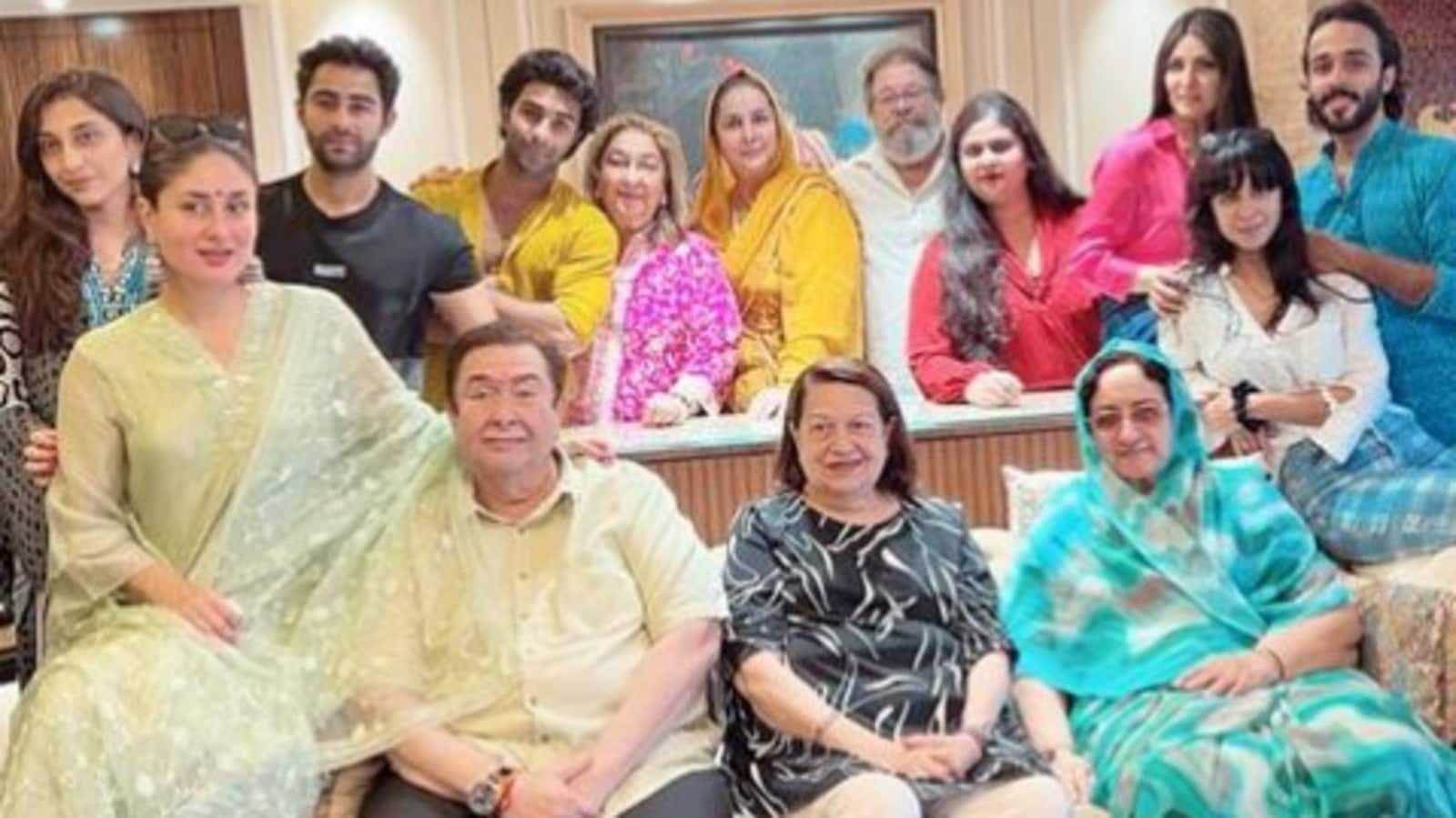 Riddhima Kapoor Sahni, daughter of late Rishi Kapoor and Neetu Kapoor, shared some pictures from the Raksha Bandhan celebrations on her Instagram account. She shared a group picture, which showed Randhir and Babita surrounded by their family members as they posed for the snap. Sitting next to Randhir and Babita on the couch was Shammi Kapoor’s wife Neela Devi, while Kareena Kapoor was sitting next to Randhir on the armrest and had kept her hands on her father’s shoulder. Riddhima leaned on a platform behind the couch for the picture.

Randhir’s sister Reema Jain was also seen in the picture next to her sons– actors Aadar Jain and Armaan Jain. Armaan’s wife Anissa Malhotra Jain stood behind Kareena and held her arm. Shashi’s eldest son Kunal Kapoor was also in attendance with his children Zahan Kapoor and Shaira Kapoor. Rajeshwari Desai, Shammi’s granddaughter through his daughter Kanchan Devi, was also present in the group picture.

Kareena had also posed for the paparazzi as she arrived at Randhir’s house for the Rakhi celebrations. The actor, who also marked the release of her film Laal Singh Chaddha on Thursday, waved at the photographers as they clicked her pictures.