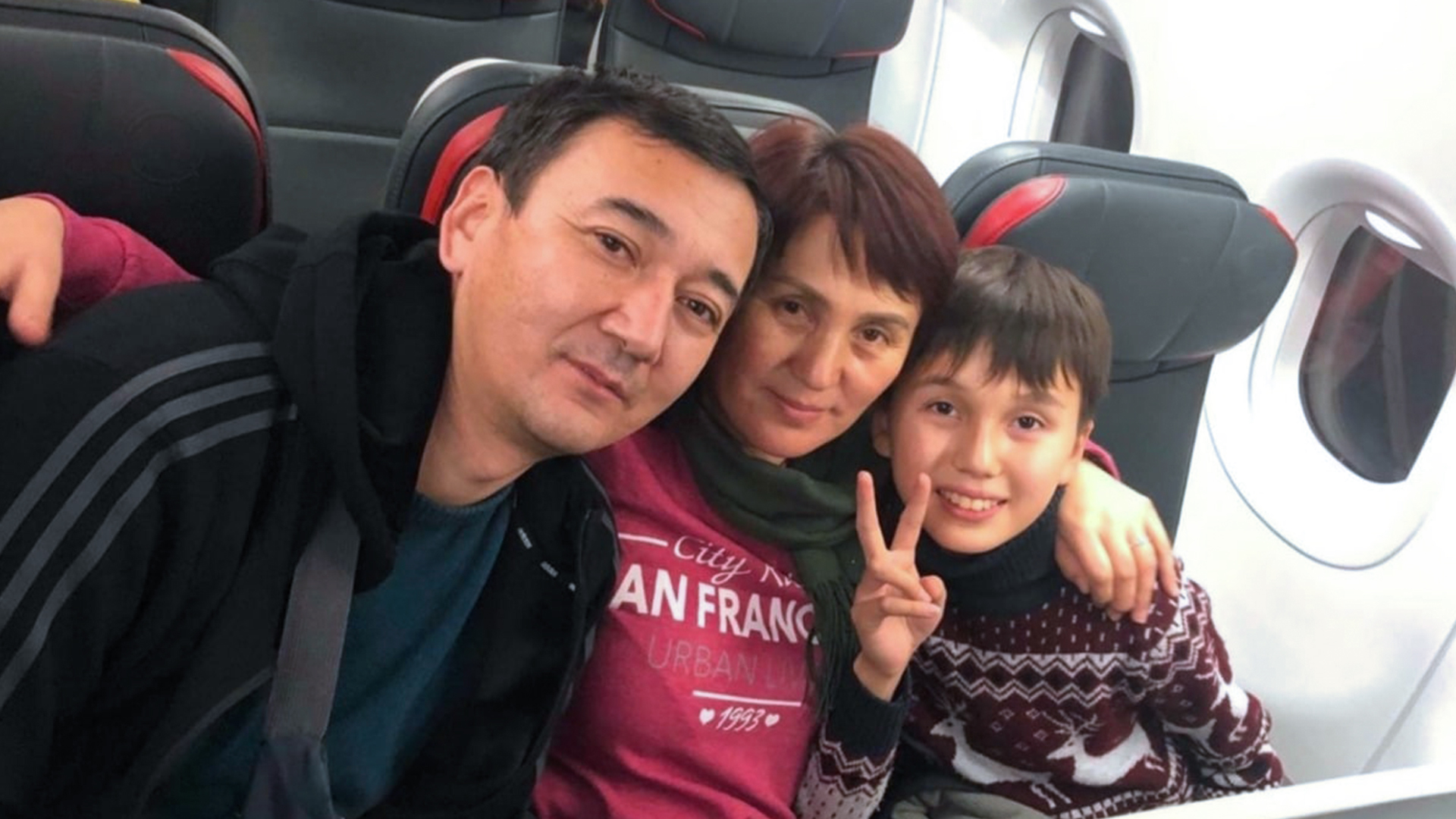 The goal of the policy is to transform prisoners into becoming citizens who are loyal to the CCP.

We’ve heard many stories over the years from political prisoners who have escaped the horrors of the Chinese gulag. But now, there is a new group of prisoners – perhaps as many as three million Uyghur ethnics. Chinese authorities have rounded them up and detained them in the Lao Gai simply because they are Muslims. The communist government considers them to be potential terrorist threats to the nation.

The United States government and other countries – including Lithuania, Belgium, and the UK have designated China’s treatment of the Uyghurs as genocide. Human rights organizations report that the Uyghurs have experienced forced detention, torture, rape, forced abortion, and forced sterilization. Other ethnic groups have also been targeted for suppression.

Former Christian prisoner Ovalbek Turdakun, his wife Zhyldyz, and son Daniyel arrived in the United States last April on a visa which allows special immigration status for those who may provide “significant public benefit” to the United States.

Although Turdakun is a Kyrgyz ethnic, he knows first-hand what is happening to Uyghurs imprisoned inside the Chinese detention camps.

Since his arrival in the U.S., Turdakun has granted few interviews detailing his 2018 detention in a re-education camp in the western Chinese province of Xianjiang. But this week, he appeared for an exclusive television broadcast interview on the CBN News program The Global Lane, https://www1.cbn.com/cbnnews/global-lane    and disclosed the truth about what is happening to ethnic prisoners and others inside the camps.

Turdakun detailed how Public Security Bureau (PSB) police came to his home in the early morning of February 10, 2018. Without explanation, they cuffed him and took him to a nearby hospital to examine his health.

Afterwards, they drove him to a re-education camp where they proceeded to remove all of his clothes and dressed him in a prison uniform.

He was placed in a small room already occupied by 23 men. All of them had to share a toilet and a long, shelf-like bed.

Cameras were positioned on the walls of the room so guards could continuously monitor the prisoners. A television hung on the wall and streamed propaganda videos non-stop.

Turdakun said the videos were devised to re-educate the inmates and presented China as a developing nation of wealth and happiness.

While the brainwashing efforts were non-stop, Turdakun said the worst treatment was beyond psychological.

He explained what happened to inmates in small, dark, rooms – each one contained a tiger chair, and padded walls to deaden the sound of screaming inmates as they endured torturous treatment while confined to the chairs.

“My feet were bound to the tiger chair and the chair was made of metal and steel, very rigid,” Turdakun explained. “There are no windows in the room, no lights so, if you are kept in there for an extended period of time, you would not know what time of day it is.”

Turdakun said guards did not allow inmates to fall asleep while confined to the tiger chairs. “And in order to keep you awake, they would shock you with a metal rod.”

Turdakun suggested that two years before COVID-19 spread throughout the world, he and his fellow inmates were subjected to medical experimentation via pills and various forced injections.

“I became ill and the majority of them (inmates) got sick. Some had symptoms where they were unable to walk,” he recalled. “They had numbness in their hands and feet, some fainted, and others felt nauseous, but were unable to vomit.”

Also, Turdakun said some of his cellmates experienced pain as yellow fluid flowed from their ears.

Released from the re-education camp on December 17, 2018, officials placed Turdakun under house arrest, his movements were monitored by a GPS bracelet, and daily police visitations.

So, how did his Christian faith help him endure 10-months in the Lao Gai?

Watch the full interview with Ovalbek Turdakun and be sure to see The Global Lane on the CBN News Channel.  Click here for a complete programming schedule.