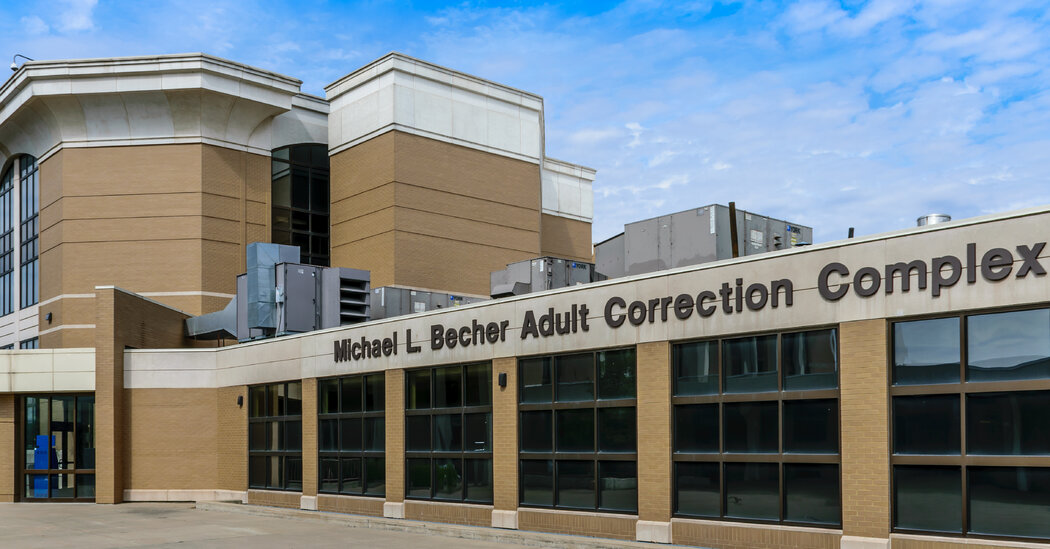 Twenty-eight female detainees at an Indiana jail have alleged in two separate federal lawsuits that they were raped or assaulted last year by male detainees who paid a jail officer for access to keys to their cells.

One of the lawsuits, filed on Monday, says that the plaintiffs, identified as Jane Does 1 through 8, were incarcerated at the Clark County jail in Jeffersonville, Ind., last October when they were subjected to a “night of terror.” Another lawsuit, filed in June by 20 other women who were also incarcerated there, also alleges they were assaulted, and that at least two of them were raped, in the same episode.

Both lawsuits, filed in U.S. District Court for the Southern District of Indiana, name Sheriff Jamey Noel of Clark County; David Lowe, a former Clark County jail officer; and other officers at the jail in Jeffersonville as defendants. The assaults began on the night of Oct. 23, according to the filings, and lasted for several hours into the morning.

The lawsuit filed this week alleges that Mr. Lowe gave two male detainees access to keys to restricted parts of the jail, including a section called Pod 4 that housed women, in exchange for $1,000. The two men and other male detainees used the keys to enter Pod 4 and “raped, assaulted, harassed, threatened and intimidated” the plaintiffs and other women “for several hours, resulting in significant physical and emotional injuries,” the lawsuit says.

The jail officers on duty had access to live camera and audio feeds of the assaults, it said. The male inmates covered their faces so they could not be identified and threatened the women if they called for help or pressed the emergency button that would notify guards, according to the suit.

The women tried to hide under blankets, in the bathroom or in dark corners, it says.

“Amazingly, even though there were surveillance cameras positioned in locations that showed the male detainees accessing the women’s pods, and even though the incident involved multiple male detainees and dozens of victims over an extended period of time, not a single jail officer on duty that night came to the aid of the plaintiffs and the other victims,” it said.

A statement released on Wednesday by Sheriff Noel’s attorney, Larry Wilder, described the events as “the unforeseeable criminal actions of a rogue corrections officer.” It said that “jail command” became aware of what had taken place when a lawyer for one of the women informed them about it on the morning of Oct. 24, hours after the assaults. Mr. Lowe was fired within 24 hours and arrested within 48 hours, the statement said.

Mr. Lowe was charged with aiding, inducing or causing escape, and official misconduct, both felonies, according to court documents. He was also charged with trafficking with an inmate, a misdemeanor, documents say. His trial is scheduled for November, records show. Mr. Lowe’s lawyer did not immediately return a phone call seeking comment on Wednesday.

The sheriff’s statement said that the detective division of the Clark County Sheriff’s Office had interviewed the women who were in the pod that evening. “These interviews have yielded information that is in direct opposition to the allegations made in the civil lawsuit,” it said.

The investigation “seems to indicate that there was a systematic plan by individuals who were incarcerated that evening to develop the narrative that makes up the crux of the claims in the civil case,” the statement said.

Stephen Wagner, the lawyer who filed the lawsuit this week on behalf of eight of the women, said that it was “disheartening” to suggest that the women may have “made up” the allegations. After being threatened by the male assailants, the women, he added, had been left in a “constant state of fear.”

“In this environment, given the threats of the assailants and the utter lack of sympathy — or protection — by jail officials, the women, understandably, initially kept quiet about what happened,” Mr. Wagner said.

The lawsuit claims that jail officials “punished the women” after the episode by leaving lights on for 72 hours, placing them on “lockdown” and confiscating personal property, including pillows, blankets and personal hygiene items.

It blames Sheriff Noel for failing to properly staff the jail and train employees, and for failing to supervise the jail. “These systemic failures allowed numerous male assailants to have free run of the jail for several hours, resulting in a night of terror for the plaintiffs and other victims,” the filing said.

The statement provided by Mr. Wilder said Sheriff Noel was committed to ensuring that “nothing of this magnitude or scope” could happen, but he “is equally committed to debunking those untruths that have been alleged by those who are attempting to reap financial gain from the crimes of David Lowe.”

The women are seeking a jury trial and compensatory damages to cover medical and counseling costs, pain and suffering, emotional distress and lawyers’ fees.

According to the lawsuit filed in June, two male inmates used the keys to enter the female pods at about 11:30 p.m. on Oct. 23 and threatened to kill the women if they called for officers.

“After multiple hours, a female inmate hit the emergency button and began screaming to call for the correction officers. The male inmates retreated,” documents say, adding that the women involved had “suffered horrific physical and psychological injuries.”

In 2016, The Louisville Courier-Journal reported that the jail was featured on a reality television show, “60 Days In,” which “exposed misbehavior” among officers there. The show, the paper reported, prompted a series of firings and resignations of corrections officers.

Mr. Wagner, the lawyer who filed the lawsuit this week, said that he hoped evidence of a history of bad behavior by officers at the jail would help bolster his case. The details of that night, he added, had left many lingering questions about the conduct of officers on duty.

“There are 400 or so inmates, and that requires a lot of officers,” he said. “Who was watching the surveillance video for those two hours?”

He added: “Did other officers look the other way while these events took place? Or were they simply not doing their job?”