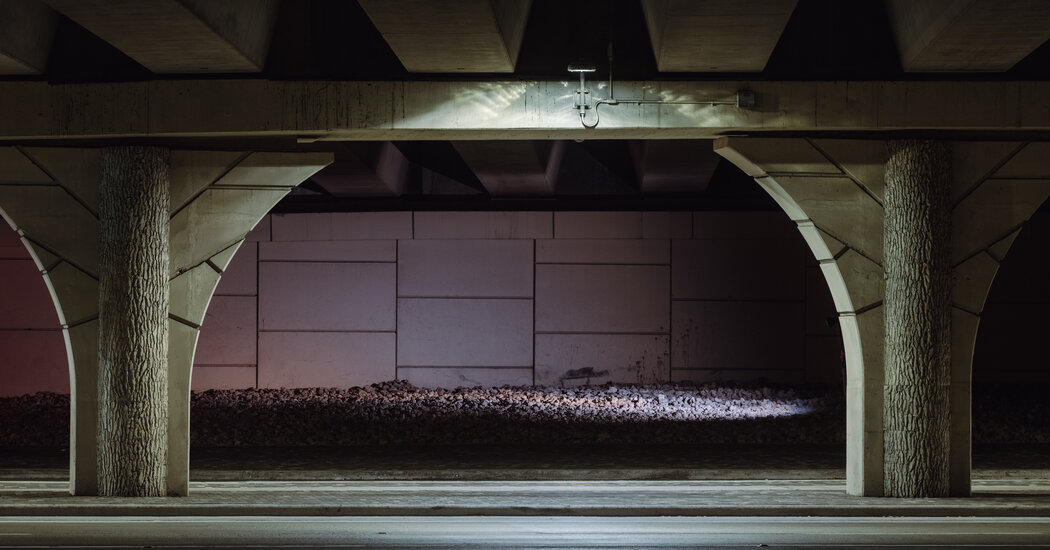 Just a week earlier, the outreach team had found Ms. Harris in her tent under the highway. Now, as if by magic, here she was, shellshocked after five years on the streets. Opening the apartment’s door revealed an empty, white-walled living room with a tidy galley kitchen, which the outreach workers began to stock with basic supplies. The coalition would send furniture and other household items in a few days. Ms. Harris pulled open one kitchen drawer, then another. Her expression recalled Tom Hanks’s character in “Cast Away,” when he’s finally back home, staring with disbelief at the simple sight of ice in a glass. The walk-in closet in the bedroom was bigger and nicer than any place Ms. Harris had lived with her daughter, Blesit. Ms. Harris hugged the caseworkers. Then she collapsed onto the carpet and wept.

She was lucky. The vast majority of the 50,000 people in the Houston area who sought some type of homelessness service in 2021 did not qualify for an apartment. Most were “diverted”: they received rental assistance, or were given help signing up for food stamps or Social Security benefits. Part of the job of the continuum is to identify and assess people according to a federal “vulnerability index,” which uses a series of standard questions to determine who on the streets is most vulnerable. Meant to systematize a selection process historically rife with discrimination and random decision-making, the index has its own racial and gender biases, critics say. One study, for example, showed that while white and Black women have the same odds of experiencing homelessness because of trauma, white women are much more likely to report trauma and thus score higher on the index. Houston has cooked up a version that aspires to be more sensitive and tailored to conditions specific to the city.

Those who receive the highest scores on Houston’s index — the chronically homeless — become eligible for what is known as permanent supportive housing. “Supportive” means that, in addition to receiving housing, the person is given money for rent, utilities, bus fare and other necessities, and is assigned a case manager who helps with access to employment programs, psychiatric and substance abuse treatment.

That housing first gets people off the street is undisputed. Critics do question whether it does a better job than programs mandating substance-abuse treatment or other behavioral interventions at improving the long-term health of chronically homeless individuals. Some skeptics argue that, in a universe of limited resources like vouchers, prioritizing the most challenging cases can disadvantage housing-insecure families, those in substandard housing and others who need help. But these arguments miss the point of housing first, proponents respond.

“The homeless guy on your doorstep who spits on you when you leave your house and is always spouting from Revelations may be the least sympathetic character in the world, so you may not like the idea of paying to house him,” Ms. Parker, the former mayor, says. “But you can’t complain about him being on the street and also complain about getting him off it.”

Economists disagree about how to measure the costs of housing first to taxpayers. Estimates point to significant savings — from $4,800 to more than $60,000 per year per person in supportive housing. But advocates contend that programs to reduce homelessness should not be measured by whether they save taxpayers money, particularly given that government subsidies are heavily tilted toward homeowners.