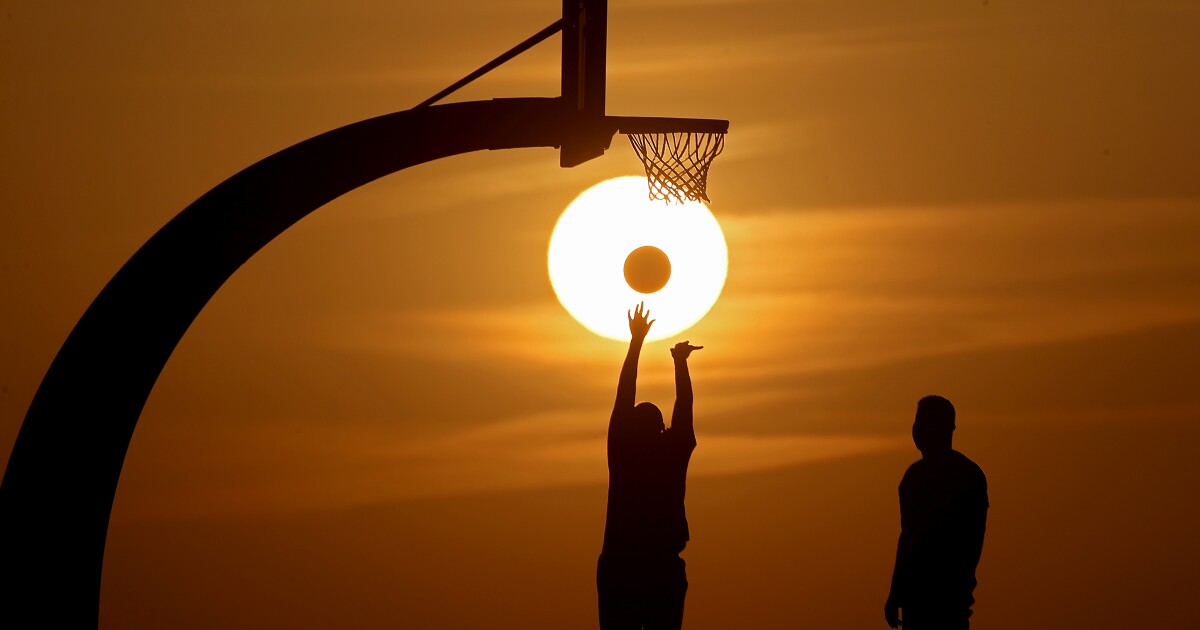 Say goodbye to the mild and breezy weather of Father’s Day weekend. Hotter temperatures are on their way, just in time for the first week of summer.

Further inland, temperatures could hit 96 in Riverside and 97 in San Bernardino, according to National Weather Service forecasts posted Sunday afternoon.

The warmer, drier weather, combined with occasional winds, will create an elevated fire threat in the region’s interior areas for the rest of the week, Gomberg said.

Although a heat advisory is not currently in effect, he recommended that children and the elderly stay out of the sun during the peak heat, between 10 a.m. and 4 p.m. Everyone should remember to stay hydrated and, if possible, head into air-conditioned spaces, he said.

Pets and children should not be left inside cars, Gomberg added.

The heat should taper off a bit on Tuesday, the first day of summer, staying in the 70s and lower 80s closer to the coast, while remaining in the upper 80s or 90s in the region’s inland and valley areas for much of the week. The heat will spike again as soon as Friday, Gomberg said.

“It looks like [Monday] will be one of the hottest days,” he said. “And then Saturday and Sunday next weekend, it could get up to 100 in some of the valleys.”