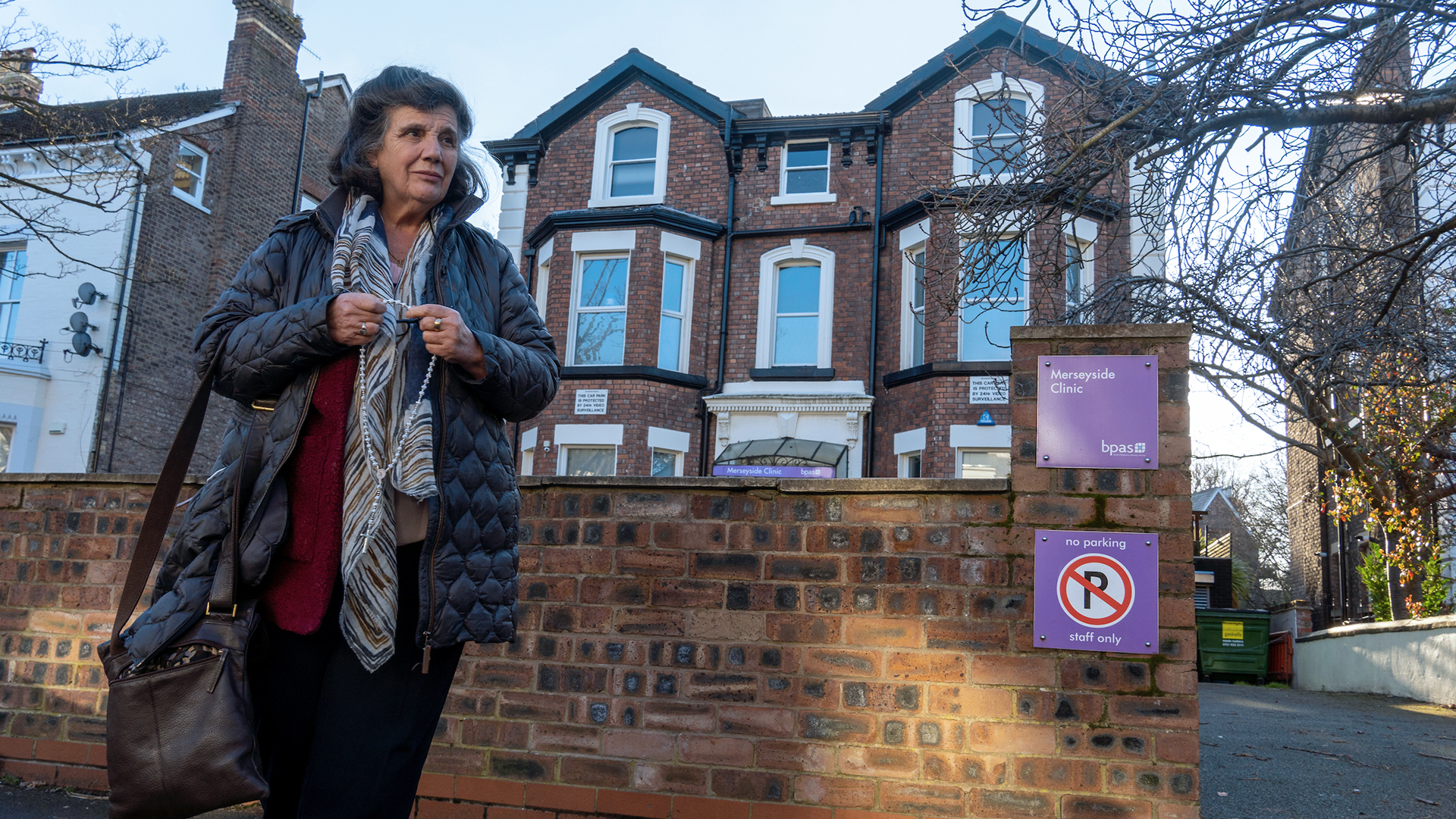 A 76-year-old grandmother in the United Kingdom has successfully challenged her arrest that occurred while she was walking and praying silently near an abortion clinic. The charges have now been dismissed.

Rosa Lalor of Liverpool was approached by a police officer during the COVID lockdown in February 2021. Asked why she was outdoors, Lalor told the officer she was “walking and praying.”

The officer told her she wasn’t praying in a place of worship and she did not have a reasonable excuse to be outdoors. He accused her of being in front of the clinic to protest. Lalor was arrested, detained, and issued a fine.

ADF UK, a non-profit faith-based legal organization, represented Lalor in her case. The Merseyside Police Department has now said that detaining Lalor was wrong. She was acting within her rights and had a “reasonable excuse” to be outdoors praying while walking in a public space.

“We’re thrilled to celebrate a victory for Rosa today, but it is deeply regrettable that this law-abiding woman was subjected to distressing, drawn-out criminal proceedings in the first place, no doubt due to her pro-life stance. This follows a worrying trend in law enforcement where individuals are routinely arrested simply because their views are considered to be controversial or offensive,” said Jeremiah Igunnubole, legal counsel for ADF UK.

“I’m delighted that the prosecution has finally dropped this charge after a long and exhausting battle for justice. I took this challenge forward with support from ADF UK to show that we do all have a fundamental right to pray – not least pray as I did, in the privacy of my own mind,” Lalor said. “It was wrong for the police officer to tell me that I could not pray in a public street. It’s important for officers to respect basic religious freedom, and improve their understanding of how that right manifests, in order to maintain a truly tolerant society.”

Even though the police department said the grandmother’s actions were a reasonable excuse under the coronavirus laws at the time, the ADF UK reports the Liverpool and Bournemouth City Councils are now trying to create censorship zones around abortion clinics within their respective municipalities.

The city ordinances would ban pro-life volunteers from speaking – including giving offers of financial and practical help to women looking for an alternative option to abortion – on public streets in the vicinity of abortion facilities.

In Richmond and in Ealing, where buffer zones have already been implemented, even silent prayer is prohibited in the 150m (more than 492 feet) zone – a move that could be copied by other city councils.

ADF UK also noted the Abortion Services (Safe Access Zones) Northern Ireland Bill to prevent “influencing” a person, whether directly or indirectly, within 100m (more than 328 feet) of abortion facilities, will face scrutiny during arguments at the UK Supreme Court on July 19 – 20. Northern Ireland Attorney General Dame Brenda King referred the bill to the Supreme Court citing concerns that the bill omits a defense of ‘reasonable excuse’ and is, therefore, incompatible with the European Convention on Human Rights.

“The criminalization of any kind of ‘influencing’ is so broad that it could reduce the threshold of criminality to an impermissibly low level. We know from a Home Office Review into the situation that instances of harassment outside of abortion facilities are rare, and when it happens, police already have powers to stop it. Buffer zones introduce a blanket ban on all activity, including offering meaningful charitable help and support to women where they need it most,” said Lois McLatchie, communications officer for ADF UK.

Meanwhile, the Scottish government has also shown support for instituting the same type of “buffer zones” across Scotland.

Appearing on BBC Scotland, ADF UK’s Lois McLatchie criticized the buffer zone idea. In response, SNP Spokesperson MP Alison Thewliss called to have McLatchie, 26, de-platformed from the broadcaster, despite the BBC’s requirement for balanced coverage under the conditions of the Royal Charter.

“We already live in a country where harassment is illegal”

ADF UK’s Lois McLatchie tells #TheNine she thinks the introduction of abortion clinic buffer zones would “disproportionately” ban “any charitable help or silent prayer… to women who might want to hear it”. pic.twitter.com/KAuic0Vtsu

“As a Scottish woman, I will not stop speaking out to defend the rights of all people to speak freely. That is why it is so disappointing to see a Scottish MP seek to silence and deplatform me simply because she disagrees with what I have to say,” McLatchie said. “Ironically, she seeks to cancel me because of my views on the censorship of speech on public streets.”

“It is my firm belief that governments must not be allowed to censor public spaces based on their own ideological viewpoints,” she continued. “Apparently, she disagrees. I welcome debate. But ad hominem attacks make our public discourse poorer. Democracy depends on the free and fair exchange of views.”