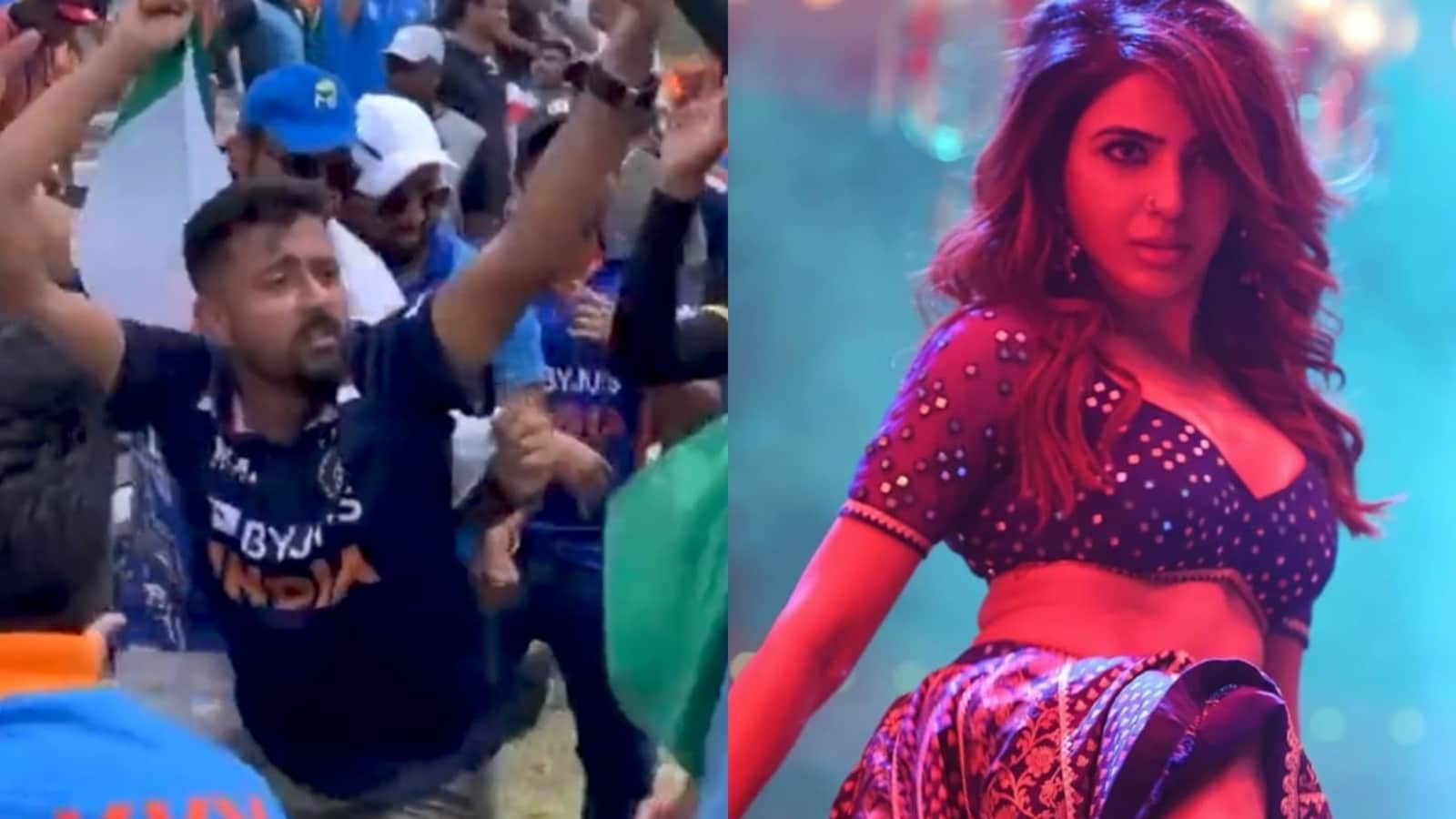 It has been over eight months since Pushpa: The Rise’s popular dance number Oo Antava took the nation by storm. The song, picturised on Samantha Ruth Prabhu, became a rage across the country with its dubbed versions also becoming popular. But despite the passage of time, the craze around the song refused to die, it seems. A video on social media shows fans dancing to the song in the stands at Florida on the sidelines of the Indian cricket team’s T20I match against West Indies recently. Also read: Salman Khan says Pushpa The Rise’s song Oo Antava ‘inspired him’

Oo Antava, sung by Indravathi Chauhan, was picturised on Samantha and Allu Arjun and was part of Pushpa: The Rise. The video was shared by an Allu Arjun fan club on Twitter on Monday. It showed the attendees of the 5th T20I between India and West Indies, held on Sunday in Florida, US. The clip showed fans wearing Indian team’s jerseys grooving to the song’s original Telugu version and even singing along the hook line.

Reacting to the video, fans said they were amazed at how the song has still managed to stay so popular. “So many songs came after it but it remains popular,” wrote one fan. Another tweeted, “Almost one year but still number one dance song. Sustained craze!”

Oo Antava marked the first time Samantha performed a special dance number in a film, something for which the film’s lead actor Allu Arjun and director Sukumar publicly thanked her. Not just the song, but the film was also a huge success, having earned over ₹360 crore across India, with the Hindi-dubbed version alone raking in over ₹100 crore. A sequel, titled Pushpa: The Rule, will release later this year but won’t feature Samantha.

Samantha has a number of projects in her kitty though, ranging from the period drama Shaakuntalam and sci-fi thriller Yashoda to romantic drama Kushi. She will also be seen in Raj & DK’s web series, an Indian spinoff of the Russo Brothers’ Citadel.