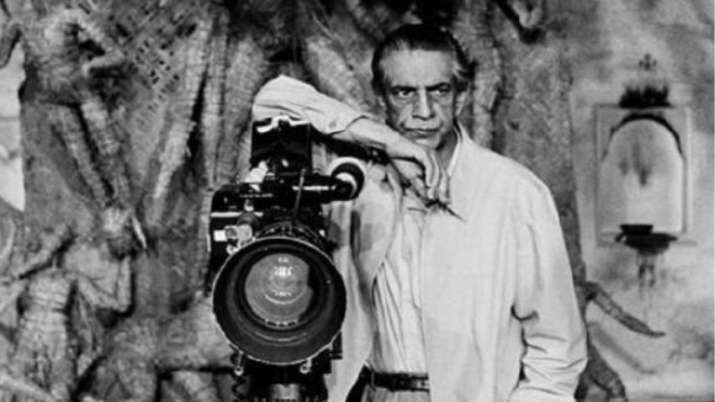 
An exhibition on the birth centenary of legendary filmmaker Satyajit Ray was inaugurated on Tuesday at the Kolkata International Film Festival. The exhibition, inaugurated by his son Sandip Ray, has several sections on his life and works, besides rare frames of classics such as ‘Aranyer Din Ratri’, ‘Kapurush O Mahapurush’ and ‘Devi’. The exhibition, underway at the Nandan film centre, also showcases the synthesiser used by Ray for composing the music of ‘Ghare Baire’ and the Mitchel camera used for making ‘Pather Panchali’.

Ray, the illustrator and graphic artist, also found a place in the exhibition where his sketches for advertisements, cover illustrations for his literary works and little magazines are put up for display.

“The exhibition is well planned and executed, covering different aspects of my father. While many exhibits, including photos, have been sourced from us and Ray Society, I am pleasantly surprised to see many other objects about which I was not aware,” Sandip Ray said.

The exhibition was conceptualised by painter Suvaprasanna, while filmmaker Sudeshna Roy curated it. “Happy that it turned out so well. The Ray family was of immense help,” Roy said.

Filmmaker Goutam Ghosh shared some experiences about the making of Ray, his documentary on the maestro, at the inauguration of the exhibition.

“I have great memories to work with Manikda (as Ray was fondly called by his friends),” Ghosh said.

Director Shoojit Sircar said he was thrilled to stand by the side of the Mitchell camera used by Ray in the ’50s.

Two other exhibitions — on Hungarian filmmaker Miklos Jansco, and on film historian and critic Chidananda Dasgupta — were also held during the day at the Gaganendra Pradarshansala.

The festival, inaugurated on Monday, will continue till May 1.