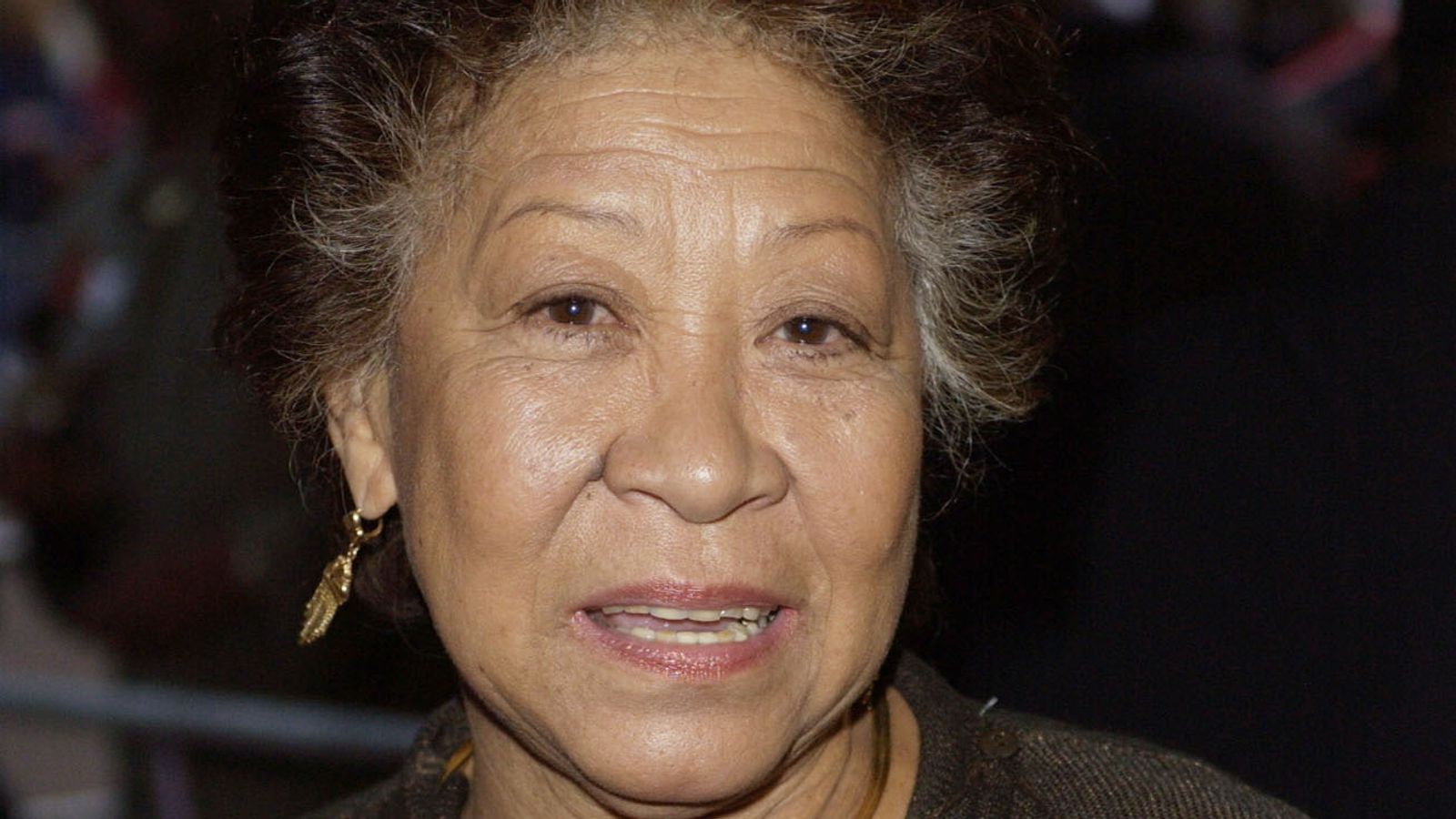 The Jamaican-British actress was best known for her roles in EastEnders and Desmond’s.

Chair the Royal Academy Of Dramatic Arts (RADA) Marcus Ryder confirmed the news on social media, writing: “It is with sadness that I wake up to the news Mona Hammond has died

“Among her numerous achievements she co-founded Talawa Theatre Company in 1985. She was also a @RADA_London graduate and received an honorary RADA Fellowship in 2019.”

With a career spanning seven decades, and recognised for both her work on stage and screen, she was awarded an OBE for her services to drama in 2005.

For many, Hammond’s defining role was Blossom Jackson in EastEnders – a part that brought her into millions of living rooms several times a week.

She played the matriarch of the Jackson family from 1994 to 1997, briefly returning again in October 2010 to attend her on-screen great-grandson Billie Jackson’s funeral.

It was actually Hammond’s second part in the BBC soap, having previously played the much smaller role of Michelle Fowler’s midwife in 1986.

She also won a place in many people’s hearts for her role of Auntie Susu in ground-breaking sitcom Desmond’s, as well as it’s spin-off Porkpie.

With a predominantly black cast and crew, the barber shop comedy became one of Channel 4’s longest running sitcoms in terms of episodes.

One of her final performances was in Channel 4 drama Run, starring Lennie James and Olivia Colman.

Hammond was also an occasional actress in the BBC radio soap opera The Archers.

Celebrities were quick to pay tribute, with former EastEnders actress and pop star Michelle Gayle writing: “A trailblazer. A Queen.”

Comedian and actress Meera Syal looked back to her time working with Hammond, saying: “I was lucky enough to share a stage with her in a production of Blood Wedding -phenomenal actress and human being. Rest In Power.”

Actress Cherrelle Skeete, who starred in the stage production of Harry Potter And The Cursed Child, wrote: “Because of her we can. We know the mountains you moved”.

Playwright Roy Williams simply tweeted: “We are here because she was there.”

Red Dwarf star Danny John-Jules praised the actress and those who had helped looked after her in what he called her “Final Curtain”.

Hammond was born Mavis Chin in Jamaica on New Year’s Day in 1931, to a Jamaican mother and Chinese father.

Moving to the UK in 1959 aged 28 on a Jamaican Scholarship, she initially worked for a firm of architects in London during the day and spent the evenings studying at adult education college City Lit.

In 1961, Hammond was awarded a scholarship to RADA, following her dream to perform and graduating in 1964. She spent the rest of her life working as a professional actress.

Starting her career on the stage, Hammond’s first leading role was Lady Macbeth at the Roundhouse in 1970 in Peter Coe’s African version of the play. She later spent two years in productions at the National Theatre.

A Jamaican patois term translating as gutsy and strong, Talawa is now one of the UK’s most prominent black theatre companies.

Hammond, who married once, leaves behind a son, Matthew.