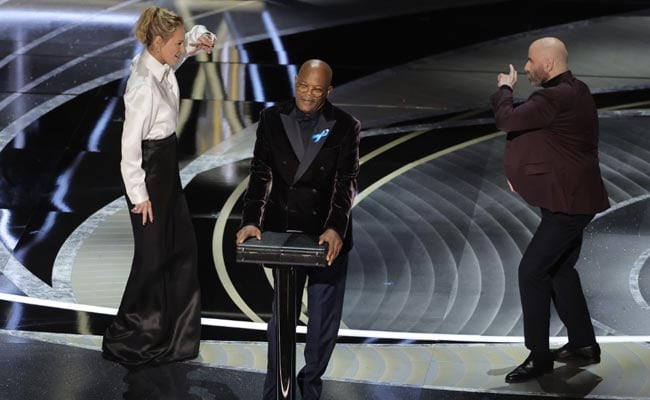 Yes, Will Smith slapped Chris Rock at the 94th Academy Awards and lived to tell the tale. While nobody is recovering from Slapgate anytime soon, least of all Chris Rock, there were some other, pretty major, things that happened at the Oscars. A lot of it had to do with CODA; some old and beloved faces showed up; Anita from West Side Story rocks as much as she did six decades ago, the In Memoriam tribute turned out truly evocative, and Hollywood wore their hearts on their sleeves for Ukraine. Here are 10 things we didn’t hate about this year’s Academy Awards.

Jane Campion became only the third woman to win Best Director (for The Power Of The Dog) after Kathryn Bigelow (The Hurt Locker) and Chloe Zhao (Nomadland).

Jane Campion with her Oscar

CODA is the first streaming film to win the Oscar for Best Picture, it features a mostly hearing impaired cast – including Troy Kotsur and Marlee Matlin – and scored the biggest upset of the awards over the much-nominated The Power Of The Dog.

A film still from CODA

A film still of Ariana DeBose from West Side Story

Ukraine was in everyone’s thoughts – stars like Mila Kunis and Jamie Lee Curtis wore blue ribbons to show their support. The Oscars went silent for 30 seconds for Ukraine, with the screen fading to black, at the end of a speech by Mila, who is of Ukrainian origin.

The In Memoriam tribute not only had the traditional montage and music, it also had presenters speaking about some of those being honoured. “For you sir, with love,” said Tyler Perry about the late and very great Sidney Poitier. Jamie Lee Curtis paid tribute to Betty White. Bill Murray spoke about Ghostbusters‘ Ivan Reitman.

The tribute to Sidney Poitier

Liza Minelli, now 76 and in a wheelchair, presented the final Oscar – Best Picture – with Lady Gaga. “The public, they love you,” Lady Gaga said of the Hollywood legend who won a Best Actress Oscar for Cabaret, also celebrating 50 years.

Which was your favourite Oscar moment this year, Will Smith notwithstanding?