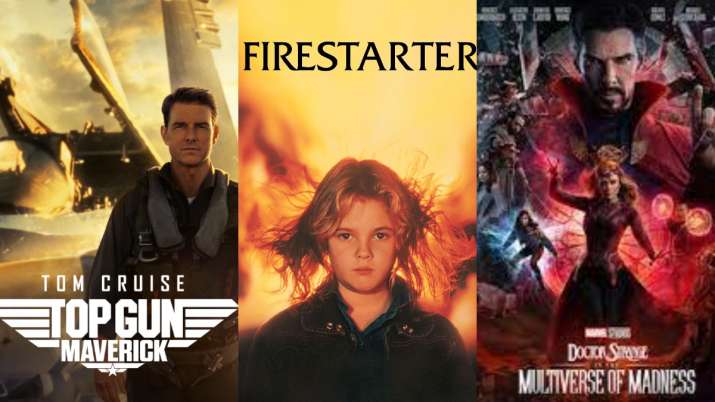 
It’s time to spend the summer season watching tons of Hollywood films that are all set to release soon. Soon after the COVID restrictions were lifted from several countries, makers of not just Bollywood but even Hollywood films slowly and steadily started releasing their films. April too witnessed some major releases in the West. Now that the month of May has begun, we are here to share with you some major Hollywood releases that will take place this month. So, it’s time to mark your calendars and watch the most reliable players for the 2022 summer.

Doctor Strange in the Multiverse of Madness (Disney, theaters): After breaking open the multiverse in “Spider-Man: No Way Home,” Benedict Cumberbatch once again takes center stage as the brilliant Doctor Strange as he and Wong deal with new enemies in the Sam Raimi-directed spectacle.

Happening (IFC, theaters): This Venice Film Festival winner directed by Audrey Diwan is based on Annie Ernaux’s memoir about being a young college student in 1960s France seeking to terminate a pregnancy when it was still illegal.

Along for the Ride (Netflix): A teenage girl meets a mysterious insomniac the summer before college.

This Much I Know to be True (theaters): Andrew Dominik’s documentary about the creative partnership between musician Nick Cave and Warren Ellis.

On the Count of Three (United Artists Releasing, theaters): Jerrod Carmichael directs and stars with Christopher Abbott in this comedy-thriller about two depressed friends who plan to end their lives by the end of the day.

Senior Year (Netflix): Rebel Wilson plays a once popular teenager who wakes up from a 20-year coma and has to finish high school as a 37-year-old.

The Innocents (IFC, horror): The children have special powers in this supernatural Nordic horror.

Downton Abbey: A New Era (Focus, theaters): The Crawley family is back and traveling to the south of France to investigate a villa that the Dowager Countess has inherited. New additions to the well-heeled lot include Hugh Dancy, Laura Haddock, Nathalie Baye and Dominic West.

Men (A24, theaters): “Ex Machina” and “Annihilation” filmmaker Alex Garland directs Jessie Buckley in this new thriller about a woman who goes to the country after a personal tragedy. Instead of peace, she finds a waking nightmare.

Hold Your Fire (IFC, theaters): Explore the birth of modern hostage negotiation in Stefan Forbes’ documentary about an incident in 1973 Brooklyn.

Emergency, (Amazon): This Sundance satire looks at three Black college students grappling with whether or not to call the police.

A Perfect Pairing (Netflix, May 19): Victoria Justice is a city girl who goes to the outback in this rom-com.

Top Gun: Maverick (Paramount, theaters): Tom Cruise returns to one of his most beloved roles in this “Top Gun” sequel that’s over 30 years in the making. After years of working solo as a test pilot, Maverick is called back to train a new batch of fighter pilots, including Goose’s son (Miles Teller).

The Bob’s Burgers Movie (20th Century Studios, theaters): Bob, Louise, Tina, Gene and Linda Belcher finally get their big screen due, with the original voice cast of the popular series all intact. And it’s a musical!

A Chiara (Neon, theaters): A 15-year-old searches for the truth of why her father abandoned her family in Calabria in this Italian-language film from Jonas Carpignano.