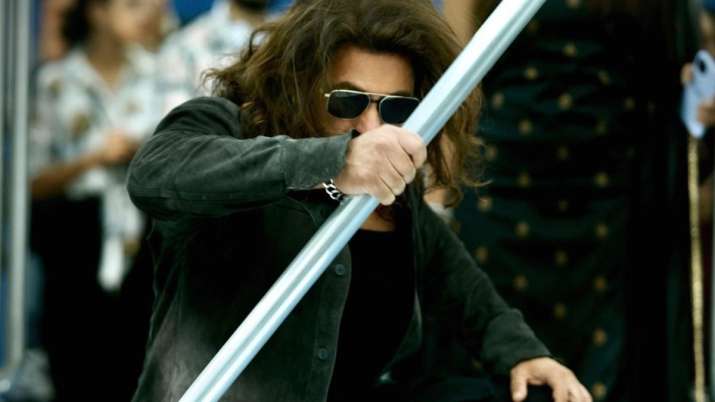 Salman Khan on Saturday (May 14) treated his fans and followers with exciting news as he announced that he will be kickstarting the shooting for his new film from tomorrow. However, he did not reveal the name or other details about his upcoming project. Fans were quick to anticipate that the actor was hinting toward Kabhi Eid Kabhi Diwali. Sharing a power-packed picture of himself in a never seen before avatar, the actor wrote in the caption, “Shooting commences for my new film ….”

Salman Khan looked an absolute stunner in the new look. Several fans took to the comments section and bombard it with their epic reactions. One of the users wrote, “Kya baat hai Salman sir.” Another said, “U are the best.” In no time his picture started circulating on social media platforms and Salman Khan became one of the top trends.

While most of the fans congratulated him on his new film, others were seen anticipating that the picture revealed his look from his upcoming film Kabhi Eid Kabhi Diwali.

Check out their reactions below:

Yesterday Kabhi Eid Kabhi Diwali’s leading lady Pooja Hegde also announced the commencement of the shoot. Even she did not reveal any details and simply posted the pic wearing a black outfit and the actor’s signature bracelet. “Shoot begins,” she wrote in the caption and tagged Salman and filmmaker Farhad Samji in the post. She is reportedly playing a traditional small-town girl opposite Salman’s character.

Kabhi Eid Kabhi Diwali, which holds a cross-cultural love story at its heart, will also offer a healthy dose of comedy, romance and action. The film will be helmed by Farhad Samji, who also directed the Akshay Kumar, Kriti Sanon and Arshad Warsi-starrer ‘Bachchhan Paandey’. The film produced by Salman Khan Films, also stars Aayush Sharma. He will play a pivotal role as one of the on-screen brothers of the lead protagonist of the film essayed by superstar Salman Khan. It is rumored that Shehnaaz Gill will also be a part of the film.

Apart from Pooja Hegde and Aayush, there are other actors from the south Indian and north Indian film industries as well. The film is eyeing a theatrical release either in latter half of 2022 or early 2023.