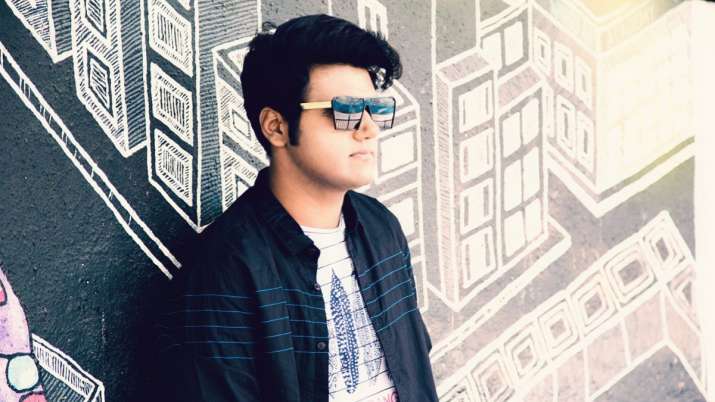 
Deepanshu Gogia, the founder of Grapple Studio has stepped into the world of music after making a name for himself as a filmmaker. Through his experience as a studio executive, he has had an in-depth understanding of film and music video pre-production, production, and post-production and has worked with major music labels like T-Series and ApniDhun.

Despite being involved with the entertainment industry for years and having closely worked with singers and musicians, Gogia had never thought of pursuing a music career. He used to practice his craft, and only sang privately when among friends and family. His closest friends recognised his talent and gave him the encouragement to start his own journey as a musician.

Gogia says, “I come from a very humble background, our family has always had a modest life and I never even dreamt that I’d make it this far. Starting my own studio, working in the Bollywood industry and now starting a career as a singer. It is all very surreal and I’m so grateful that life has brought so many opportunities my way.”

Earlier this year in January, he started working in the studio towards making his music and writing his lyrics. And after months of working and perfecting, in May he released his debut single, “Sapne”, a soulful soothing track that has made waves in the Indian music scene. The track Sapne can be found on all major streaming platforms, including JioSavan and Spotify. Along with Gogia, Hirdhyansh Verma, Deepanshu Ruhela and Roy have worked on the track to create a masterpiece. His next track coming soon on all Streaming Platforms.

Deepanshu Gogia says, “The love that I have received from my newfound listeners and of course my family and friends has been very overwhelming – in a good way! And it has inspired me to continue making music because now I know that making music doesn’t bring happiness just to me but also to my loved ones and all those who resonate with my music.”

- Advertisement -
This post contains affiliate links. If you use these links to buy something we may earn a commission. Thanks.”
Facebook
Twitter
Pinterest
WhatsApp
Previous articleWebb Telescope Pictures: NASA Builds Toward Its First Release
Next articleTwitter shares fall as Elon Musk backs out of deal