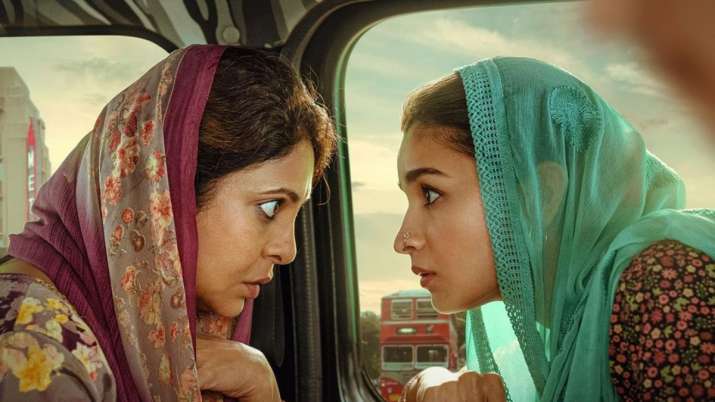 Darlings Twitter Review and Reactions: After the box office success of Gangubai Kathiwadi, Alia Bhatt is back in the starring role in the new Netflix release Darlings. She has teamed up with her Gully Boy co-star Vijay Verma and seasoned actress Shefali Shah as they promise to bring intensity coupled with dark humour in this offbeat crime drama. This movie is all the more special for Alia as it is her maiden production under the banner Eternal Sunshine Productions and her first release since marriage and pregnancy announcement with Ranbir Kapoor. All things said, how good is the movie? Let’s find out what the viewers are saying about it.

What is Darlings movie about?

Darlings touches upon the issue of domestic violence. Badrunissa (Alia Bhatt) falls in love and marries Hamza (Vijay Varma). However, he turns out to be an alcoholic and beats his wife. Badrunissa’s mother Shamshunnisa (Shefali Shah) lives in the same chawl as her daughter and her husband and witnesses the daily altercations. She even asks her daughter to get rid of her abusive husband but Badrunissa wants to reform her husbnad by having a baby with him. How the lives of these individuals turn out to be is shown in the movie. Suffice it know that Darlings is full of tension, dark humour, twists and catharsis, with an importanat message riding on its back.

How are the performances of the lead actors?

Alia plays a rather subdued character in Darlings, at least for the most part. To see the actress fiercly leading in roles in movies such as Raazi, and most recently Gangubai Kathiawadi, Darlings is certainly a break away from what we have come to expect of her. Her performance is hard-hitting and she does not miss a beat. Shefali as Shamshunnisa is pragmatic and has a great part in the film. Her chemistry with Alia stands out. Hamza’s role is performed well by Vijay, who playes the grey shade to the utmost sincerity. All three actors present a very realistic version of grim situations they are tied up in.

Alia Bhatt’s maiden production Darlings has managed to strike the right chords with the audience. Most of the reviews of the film are positive and performances from the lead cast and the storytelling has been praised. Check out some of the reactions of the fans to the latest movie release Darlings.

Read: Sonam Kapoor gives a pregnancy reality check, shows not everything is as glam as it looks

While fans will be making sure to enjoy Darlings on Netflix, Alia Bhatt has a long list of highly-awaited movies. She will be seen in Brahmastra- Part 1, Rocky Aur Rani Ki Prem Kahani apart from her first Hollywood film Heart of Stone opposite Gal Gadot.