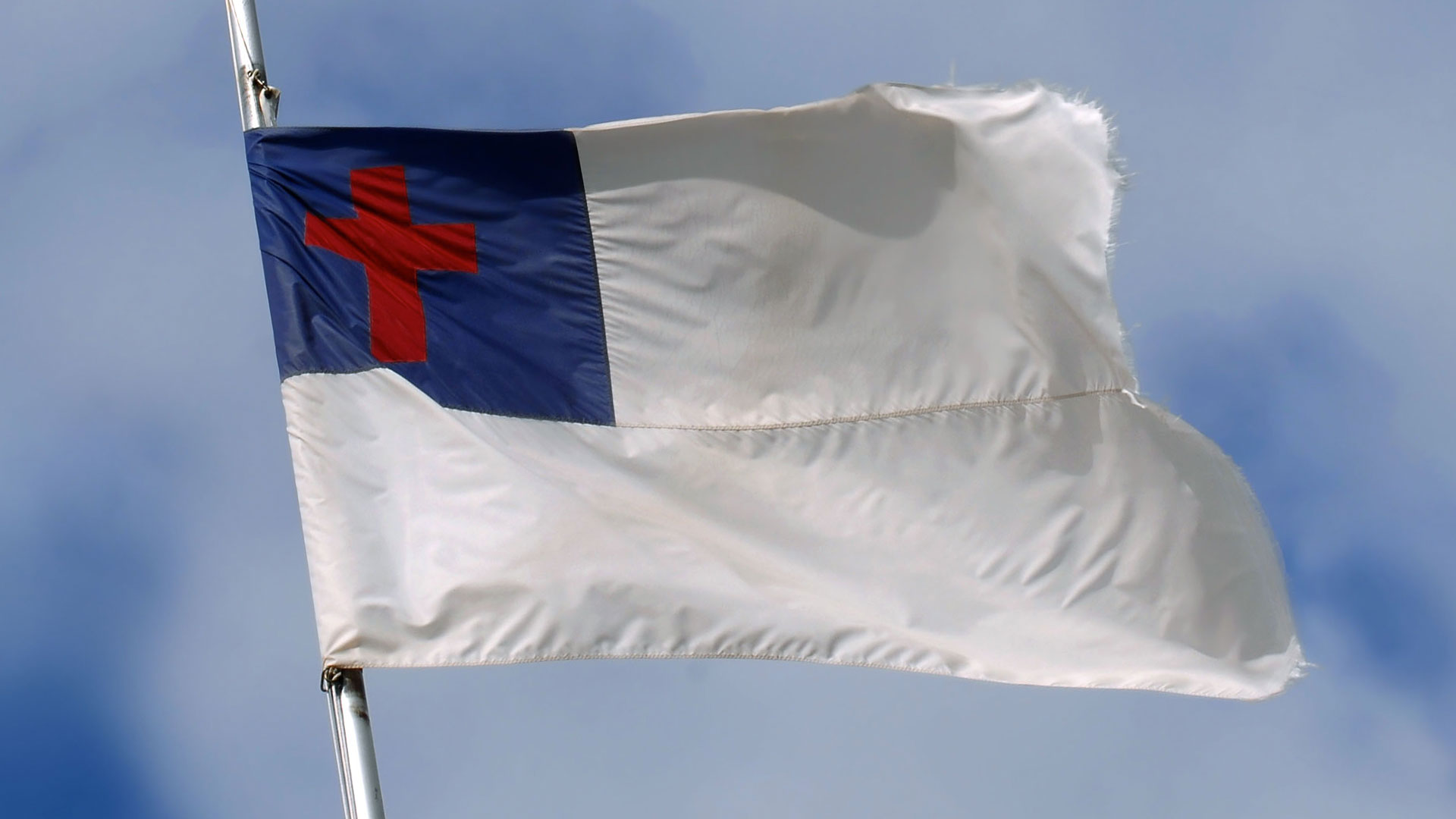 ABOVE:  Mat Staver, the founder of Liberty Counsel, appeared on the Tuesday edition of CBN News’ Faith Nation to talk more about overcoming the court challenges to raise a Christian flag in Boston. Faith Nation is seen weekdays on the CBN News Channel.

A Christian flag will finally be displayed in front of the Boston City Hall Plaza on Wednesday following a legal battle over religious discrimination.

On May 2, the U.S. Supreme Court ruled 9-0 that the City of Boston violated the First Amendment by censoring an organization that applied to have a Christian flag flown as one of three flags displayed outside of City Hall.

CBN News previously reported that one flagpole flies the U.S. flag, another, the flag of the Commonwealth of Massachusetts, and the third flagpole is to celebrate other countries, cultures, and causes.

Local resident Hal Shurtleff and his civic organization, Camp Constitution, filed a petition with the city to allow the religious flag to be raised.

That request was denied.

While Boston argued there were clear parameters over the flags it considers acceptable, ultimately, the justices expressed that it seemed officials were operating off the belief that it would be unconstitutional to allow one of those to be religious.

Over a 12-year period, the City of Boston received nearly 300 applications for that third flagpole. They approved all of them, except one.

“These include flags of individuals, say for example, Metro Credit Union, gay pride, Boston Pride, other causes, in addition to that, they also had individuals who would raise flags of their countries,” said Mat Staver, founder and chairman of Liberty Counsel.

Boston suspended its flagpole program in 2021 pending a ruling from the high court.

The justices acknowledged rejecting the flag because it was referred to as a Christian flag on the application was discriminatory and there is no Establishment Clause defense.

Referring to its decision, the high court wrote that “Boston did not make the raising and flying of private groups’ flags a form of government speech. That means, in turn, that Boston’s refusal to let Shurtleff and Camp Constitution raise their flag based on its religious viewpoint ‘abridg[ed]’ their ‘freedom of speech.'”

Shurtleff and Staver will be present on Wednesday for the ceremonial flag raising.

- Advertisement -
This post contains affiliate links. If you use these links to buy something we may earn a commission. Thanks.”
Facebook
Twitter
Pinterest
WhatsApp
Previous articleShweta Tiwari’s ex-husband Raja Chaudhary says daughter Palak Tiwari is either busy or ignoring him
Next articleBatgirl: DC Comics film shelved by Warner Bros after poor reviews in test screenings | Ents & Arts News