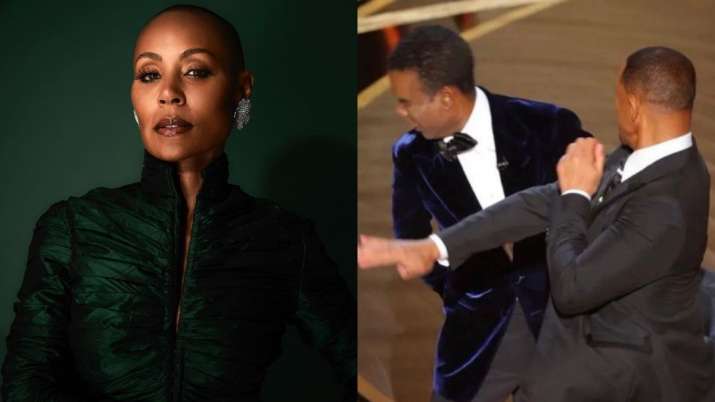 “Jada. I love you. GI Jane 2. Can’t wait to see it,” said Chris Rock before announcing the winner of Best Documentary. The cameras were panned at Mr and Mrs Smith sitting right in the front row. While Will Smith seemed to be enjoying the joke at first and burst out laughing, his wife Jada Pinkett rolled her eyes at Rock’s punchline. However, mouths fell open as Will Smith casually walked up to the stage looked Chris Rock in the eye and slapped him right across the face. Rock, Oscars 2022 nominees, guests at Dolby Theatre and millions watching the most celebrated award ceremony in the world couldn’t comprehend the events that just unfolded.

With a big question mark on their faces, everybody was wondering, ‘what just happened?‘ Giving them an answer, Smith who had walked back to his seat by now told Rock to “keep his wife’s name out of his mouth.” The surprised/embarrassed comedian explained to everyone including the Smiths that it was a joke. A reference he borrowed from the film GI Jane after Pinkett’s shaved head. (Pinkett Smith has alopecia.)

As everyone picked up their jaws off the floor, the rest of Oscars 2022 was shocked into silence, however, Twitter did not. Bewildered by the unbelievable incident, netizens had a lot to say and share. While some laughed it off dismissing it as a planned stint, many others found Smith’s boorish behaviour to be both chauvinistic and condescending. Some also questioned the standard of comedy.

Moments after Will’s fit of anger, he won the Best Actor Award and what followed was minutes of defensive justifications for his violent conduct. He was sorry to the Academy and his fellow nominees, but not to the man he assaulted. He akin his disgraceful actions to the themes of his film, King Richard and contended for understanding saying he was safeguarding his family. Smith reasoned that love makes you do crazy things. Hearing him, many apparently understood what he meant and his justifications seemed valid to them. But his tearful apology didn’t sound like one.

Rock’s joke was insensitive, you cannot justify joking about someone’s medical condition. It is hard to believe that Rock wasn’t aware of Jada’s history with alopecia as she spoke about it at length a few years back. But can you justify assaulting someone? This wasn’t Smith’s private party where he hit a friend in a joke. But the man was a coworker who was attacked on an international stage.

Reacting to the whole incident, veteran actress Mia Farrow tweeted, “It was just a joke. Jokes are what Chris Rock does. Always has been edgy. This was a mild joke for him. And i love GI Jane.”

“Violence isn’t ok. Assault is never the answer. Also? This is the 2nd time that Chris has made fun of Jada on the #Oscars stage, & tonight he went after her alopecia. Punching down at someone’s auto-immune disease is wrong. Doing so on purpose is cruel. They both need a breather,” said actress Sophia Bush on Twitter.

This once ignites the age-old dispute of comedians crossing the line for the sake of a joke. Coming out in support of Rock, comedian Kathy Griffin tweeted, “Let me tell you something, it’s a very bad practice to walk up on stage and physically assault a Comedian. Now we all have to worry about who wants to be the next Will Smith in comedy clubs and theaters.”

That’s a tricky pitch and a debate for another time. As everybody keeps arguing about Rock’s joke and Will’s reaction, two men, yet again took over the conversation without questioning — Did Jada ask for it, or approve of it?

The actor’s violent reaction sabotaged his wife’s discretion to offer an appropriate reaction to Rock’s joke at her bidding.

Will Smith and Chris Rock’s confrontation at the Oscars 2022 stage has become the most memorable moment of the 94th Academy Awards. Not only did it rob ‘Summer of Soul’ of its moment at the Oscars but in the coming years, it will be topping the lists of the most bizarre things to have happened in Academy Awards. This was also Smith’s first Oscar, but his achievement was trivialised to a meme and him slapping Rock is a memory playing in everybody’s mind on loop.