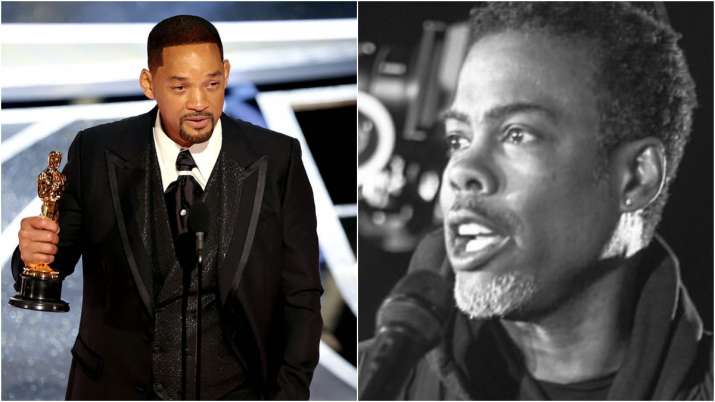 The live telecast of the 94th Academy Awards was marred by the incident in which Chris Rock cracked a joke at actor Jada Pinkett Smith’s expense and Will Smith, who was sitting by his wife’s side in the first row, responded by walking to the stage and slapping the actor-comic. Needless to say, this left the audience members as well as millions of viewers of the ceremony shocked.

The incident started when Rock came on stage to announce the winners for Best Documentary Feature award and made a tasteless joke about Pinkett-Smith, saying she could star in the sequel to G.I. Jane, in an apparent reference to her shaved head because of the autoimmune disorder alopecia. This triggered Smith, who went up and hit Rock on the face, Smith later won the Best Actor Oscar trophy for his performance in the movie King Richard. In his winning speech, Smith apologised to the Oscars organisers and fellow nominees but not to Rock, who has declined to press charges against Smith. Meanwhile, Smith issued a public apology to Rock in a statement issued on social media.

Now, Rock has opened up on the entire matter involving him, Smith and the latter’s wife. At a standup show in Boston, Rock addressed the Oscars ‘slapgate’ issue. As per report in the international media, it was a sold-out show.

“How was your weekend?” Rock asked the crowd at his show. “I don’t have a bunch of shit about what happened, so if you came to hear that, I have a whole show I wrote before this weekend. I’m still kind of processing what happened. So at some point I’ll talk about that shit. And it will be serious and funny.”

Meanwhile, The Academy has said that after the slapping incident Smith was asked to leave but he ‘refused’. Earlier, in a statement issued right after the telecast was over, The Academy said that it does not condone violence of any form.

In its most recent statement, the Academy said, “Mr Smith was asked to leave the ceremony and refused, (but) we also recognize we could have handled the situation differently.” The Academy also announced it had “initiated disciplinary proceedings against Mr Smith for violations of the Academy’s Standards of Conduct”.