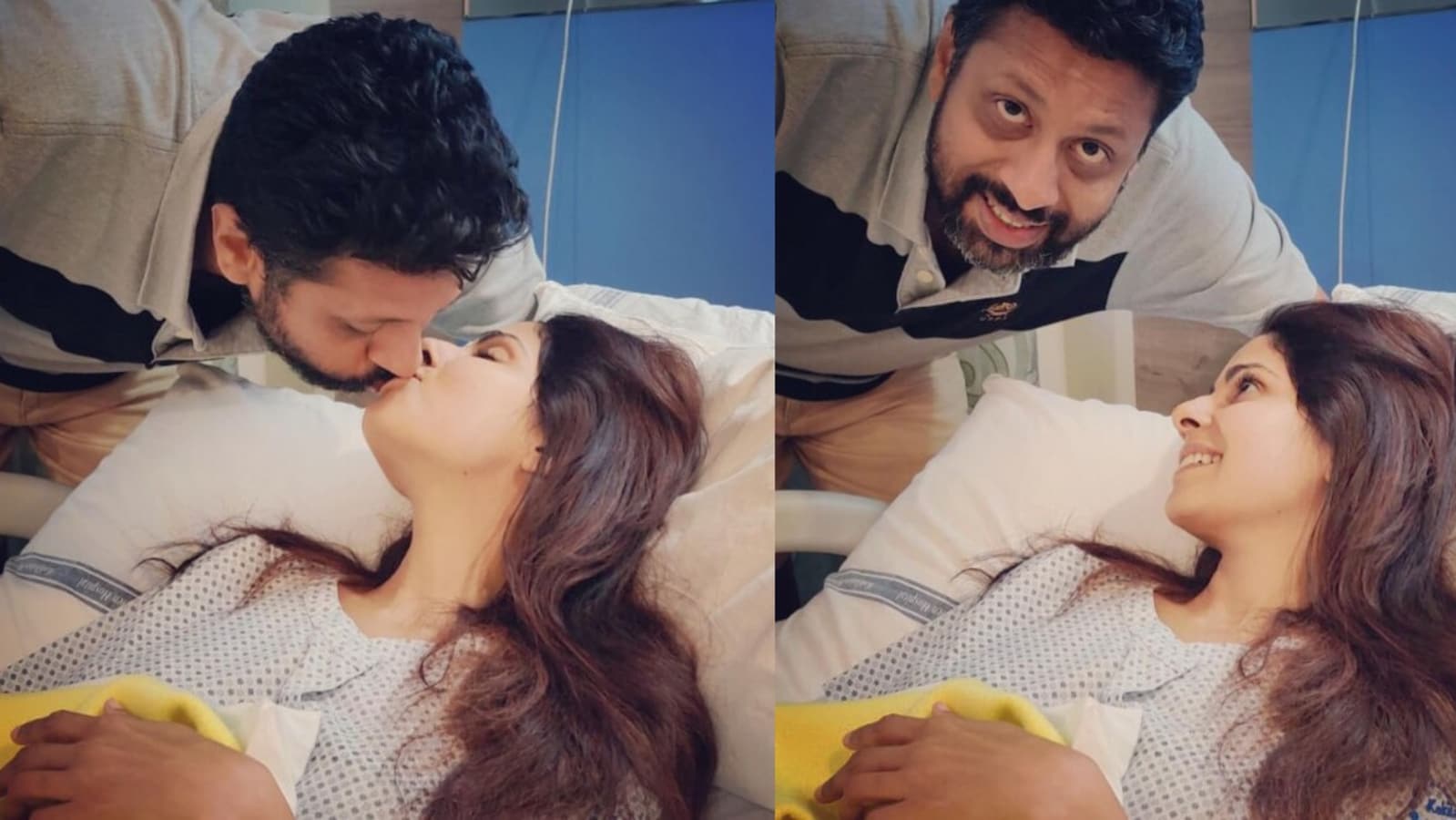 Chhavi Mittal and her husband Mohit Hussein tied the knot in 2004, and welcomed their daughter Areeza Hussain in 2012 and son Arham Hussein in 2019.

Television actor Chhavi Mittal shared pictures with her husband Mohit Hussein on Instagram. Chhavi wished Mohit on their marriage anniversary by sharing their photos from her hospital room on Friday. Earlier this week, Chhavi underwent a surgery after getting diagnosed with breast cancer. Also Read: Chhavi Mittal shares video of friends caring for her after breast cancer surgery; makes a sweet demand. Watch

Sharing the pictures, Chhavi wrote, “Dear @mohithussein, When you asked my father for my hand in marriage, he tried to warn you saying I fall sick frequently. He just meant regular flu, but did you ever imagine that time that I could face such scary illnesses like cancer, and you know the others? Idk if you regret it now, but I would choose you a 100 times over as my life partner coz the way you have stuck with me through everything, I don’t think anyone could’ve. Today, the bond is only getting stronger as we compete 17 years of togetherness in a hospital while my pain is reducing and the annoyingly demanding me is coming back.”

She added, “Now that you know about my strengths and weaknesses, can I ask for your hand for the next 17 years too? And then we’ll reassess the situation. Whatsay? I love you, tall dark n handsome! Happy anniversary!”

Mohit commented on the post, “In sickness and in health until death do us apart!! And my answer is “Yes”. Happy anniversary baby. Love forever.” One fan wrote, “Wishing you guys a very Happy anniversary! Wishing you all the happiness, love, togetherness and great health! Here’s to another 17 years of bliss together.” Another one said, “Happy anniversary guys. Speedy speedy recovery Chhavi.”

Earlier this month, Chhavi was diagnosed with Stage 1 breast cancer. On Tuesday, she underwent a six hours long surgery and shared a photo of herself saying she woke up ‘cancer-free’.

Chhavi and Mohit tied the knot in 2004, and welcomed their daughter Areeza Hussain in 2012 and son Arham Hussein in 2019. Chhavi is best known for shows such as Bandini and the YouTube series The Better Half. She is also the creator of web show, SIT.