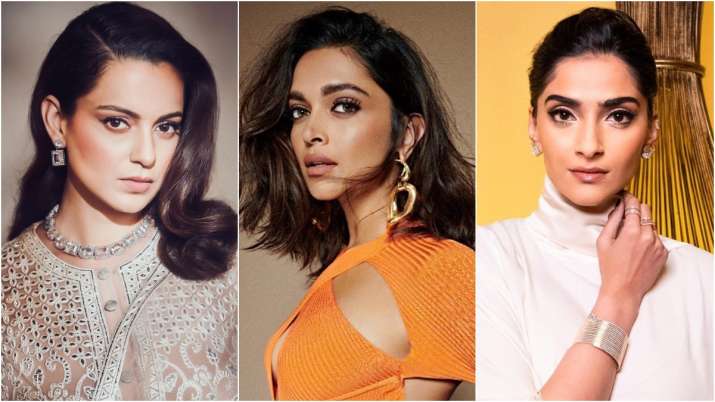 
Recently, on her show Lock Upp actress Kangana Ranaut spoke about sexual abuse and childhood. The actress said that such traumatic experiences scar kids for life and shared she had to face sexual assault in childhood and she can never forget it. She also stressed how important it is to talk about such horrific incidents on public platforms and raise awareness against sexual assault. On multiple occasions, Bollywood actresses including Sonam Kapoor, Deepika Padukone and Neena Gupta among others have shared enduring sexual abuse.

Trigger warning: The following content touches on topics of sexual assault and abuse.

After listening to the painful story of sexual assault that Munawar Faruqui faced as a child, Kangana on Lock Upp said: “This happened to me also, a young boy from our town used to inappropriately touch me when I was very young and I didn’t understand what’s happening. He was three to four years elder to me. I think he was exploring his sexuality. He used to ask us to strip off our clothes and he used to check us. We were very young at that time”

Continuing, Kangana said, back in her hometown a youth would call children over and “undress” them. “We were all very young around five-six years old, he used to call us over and undress us. At that time, we didn’t understand what was happening with us. There is a huge stigma behind this, especially for men. It is very brave of you, Munawar, that you (shared this) with us,” she added.

Sonam Kapoor: In a roundtable conversation with journalist Rajeev Masand, actress Sonam Kapoor said, “I know I have been molested when I was younger. And it was very traumatising. I remember the incident so clearly.” she revealed that she was going to watch a film with her friends to Gaiety Galaxy theatre. “We were 13-14 year olds and we were sitting in the stalls. We used to hold each others’ shoulders while walking in. I was entering the last because I was the tallest obviously. So I was holding my friend Ekta’s shoulder. There was a man who came from behind and just held my breasts. That time, I didn’t have breasts, but I started shaking and shivering, I didn’t know what was going on. I started crying right there and I didn’t speak about it. I just sat there and finished watching the film. I felt like I had done something wrong, for the longest time. I know so many of my friends who have gone through something like that over and over again.”

During the promotions of her film Padmavati, Deepika in an interview revealed how she stood up for herself when a man tried to misbehave with her. “I was 14 or 15. I remember one evening my family and I were walking down the street. We had probably finished eating at a restaurant. My sister and my father walked ahead and my mother and I were walking behind. And this man brushed past me. I could have, at that point, ignored, pretended like it didn’t happen. I turned back, followed this person, caught him by the collar – I was 14 – in the middle of the street slapped him and walked away,” she told India Today.

Veteran actress Neena Gupta in her book, ‘Sach Kahun Toh: An Autobiography’ shared how she was molested by a doctor and a tailor when she was young. She shared a vivid account of the abuse and how she was scared to talk about it to her mother. “One time I visited a doctor for an eye infection. My brother, who was accompanying me, was asked to sit in the waiting room. The doctor started with examining my eye and then went down to check out other areas that were unconnected with my eye. I was scared stiff while it was happening and felt disgusted all the way home. I sat in a corner in the house and cried my eyes out when nobody was looking,” she wrote in the book.

Neena went on to share, “I didn’t dare tell my mother about this because I was so scared that she would say that it was my fault. That I had probably said or done something to provoke him. This happened to me many times at the doctor’s.”

Neena, further in the book shared, “If I told my mom I didn’t want to go to them, she would ask me why and I would have to tell her. I didn’t want this because I felt very scared and ashamed of what had been done to me. I wasn’t the only one. Many girls in those days who suffered abuse chose to keep quiet rather than tell their parents about it… We didn’t dare complain to our parents because that would mean that the little freedom we had would be taken away.”

Back in 2014, Kalki opened up about being a CSA (Child Sexual Abuse) survivor. The actress in a conversation with NDTV had shared, “The reason you haven’t heard about it is that I don’t like to talk about it. For me, it’s not a one day headline, it’s something that’s a reality I have lived with for a long time. Many of us have gone through it and most of the people that I know, especially close friends of mine who are women, have gone through some form of CSA. It’s just so out there, so much of it, that I think it’s not something that should be ignored.”

Taapsee in an interview shared how she was molested on a daily basis when she used to travel by bus during her college days. The actress opened up about it in an interview to Indian Express.com. She said, “Eve-teasing used to happen almost on a daily basis in Delhi. I used to travel in DTC buses while going to college for the longest time. I got my car when I was 19. So for two years before getting a car, I used to travel in DTC buses. And eve-teasing used to happen almost daily. Not just that, I have been touched inappropriately in DTC buses. Rubbed at wrong places while in a bus. And if we ventured into crowded areas in Delhi during the time of festivals, people used to touch you at inappropriate places. It was very common and has happened to me.”