BISHOPENTERTAINMENT
HomeENTERTAINMENTBTS: Suga reveals Jungkook teases him, 'dances around' to That That 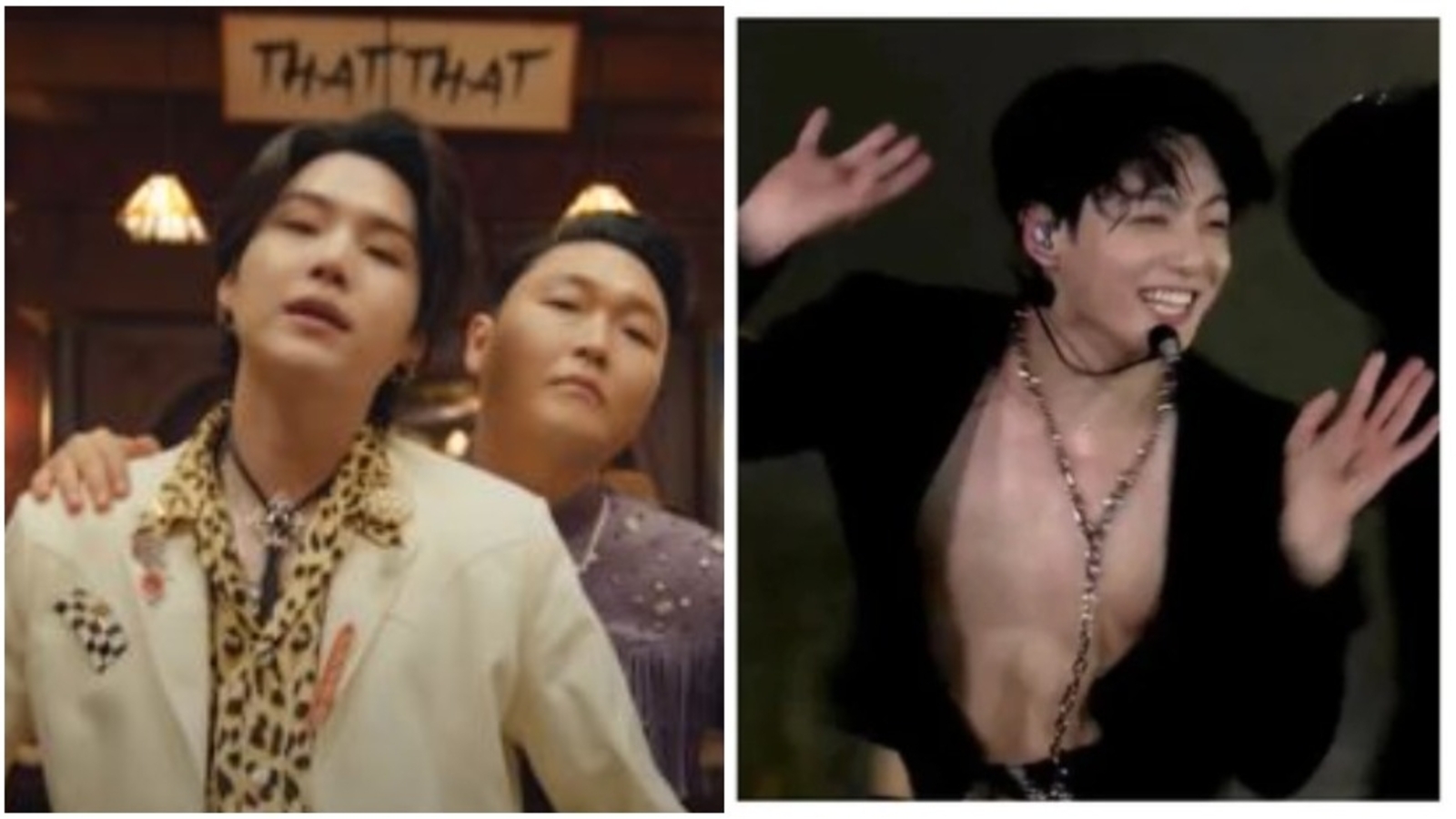 BTS: Suga reveals Jungkook teases him, ‘dances around’ to That That


BTS‘ Suga has revealed that the group’s youngest member Jungkook teased him with his rap part in his new song That That, with PSY. During a recent V Live session, Suga also said that Jungkook ‘dances around’ him to the song. The musician also said that initially it was decided that he would only feature in the music video but ended up dancing. (Also Read | BTS may be exempted from mandatory military service, suggests Korean culture minister; ARMY says ‘they deserve it’)

As translated by Twitter user, @rmkkyu, Suga said, “Jeon Jungkook, for a few days, whenever he sees me, he goes 야 내가 (the start of his rap in That That) and then (shows the first dance move from That That’s chorus) dances around like this.”

“The members repeated the dance moves a lot. Jeon Jungkook makes fun of whatever you do so but I’d end up laughing every time (Jungkook followed Yoongi’s choreo). The members monitored the music video a lot for me. I was in the middle of filming when it came out so they told me then I couldn’t watch (the MV). It was the same around Daechwita, I can’t really watch the MV I’m on as much,” Twitter user @BTStranslation_ quoted Suga.

Suga also said, as translated by @rmkkyu, “Originally, I was only going to feature, only feature in the music video. I was only going to feature and then leave but… one thing led to another, I danced.” Suga also said, as per @rmkkyu, the filming location for That That and Permission To Dance was the same, and the car model for That That and Daechwita was also the same.

🐱 the members repeated the danced moves a lot.. jeon jungkook makes fun of one whatever you do so but I’d end up laughing every time (🐰 followed yoongi’s choreo)

🐱 the members monitored the MV a lot for me.. i was in middle of filming when it came out so they told me then
+

As translated by @BTStranslation_ , Suga had sent another song to PSY which he said no to at first. The song was detailed but PSY wanted to do a different style, so they ended up doing That That. Suga wrote the hook/chorus That That I Like That and PSY wrote the other parts.

That That, part of PSY’s latest album PSY 9th, released on April 29 and has been produced by Suga. Talking about the collaboration with PSY, Suga had said as quoted by news agency ANI, “At first, because he’s many years my senior and someone who’s well-respected in the business I was quite nervous. It felt like working with a childhood friend so it made the songwriting process that much more fun. We became besties in a way.” The album has 12 songs, including one featuring Korean-Canadian rapper Tablo.

Meanwhile, BTS’ logo trailer for their new album, titled Proof, was released recently. The new album will have a mix of new and old songs and will be an anthology album. In a statement, BigHit Music had said, “After ceaselessly sprinting forward since 2013, BTS is celebrating their 9th anniversary this coming June. It is all thanks to ARMY who have sent us your unwavering love and support. The BTS anthology album that embodies the history of BTS will be released as they begin a new chapter as an artist that has been active for nine years to look back on their past endeavours.”

It added, “The anthology album Proof that consists of three CDs includes many different tracks – including three all-new tracks – that reflect the thoughts and ideas of the members on the past, present and future of BTS. We hope that you look forward to BTS’ anthology album Proof, and relive the history that BTS and ARMY made together so far, and will continue to make in the future to come.”